Liberal Paper Gives Space To Al Sharpton For Op-Ed About Justice And Unity?!?!?! 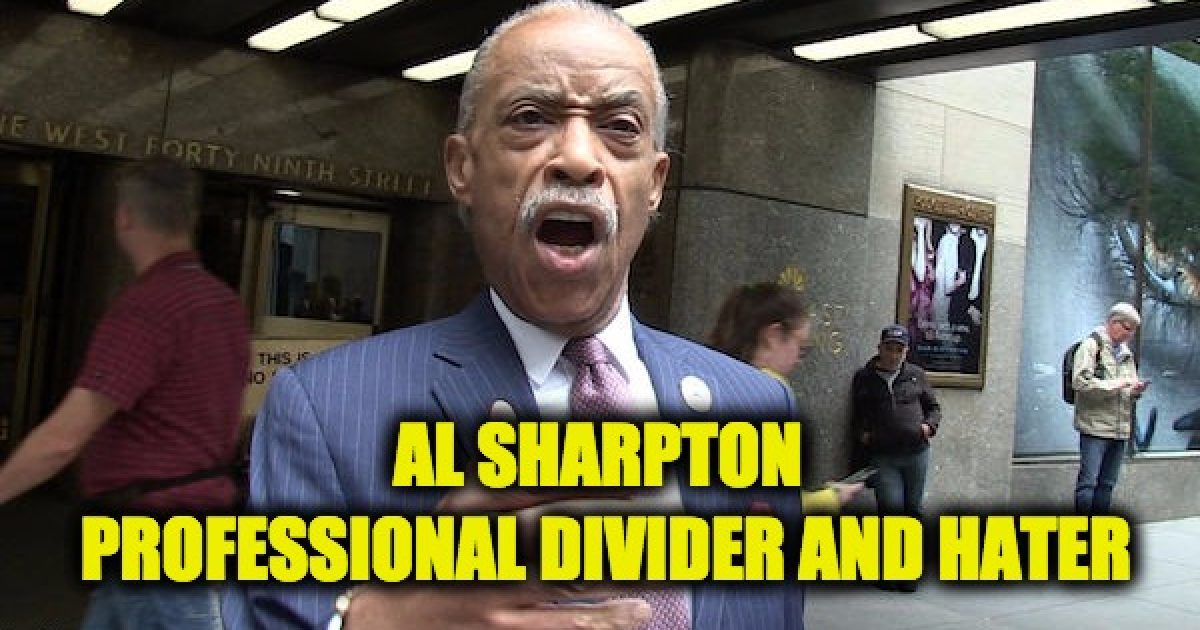 Israeli newspaper Haaretz is known for its extreme left-wing stances on both domestic and foreign issues, but this time they’ve gone major league crazy. To write an op-ed about unifying against hatred and supporting justice Haaretz invited Al Sharpton, a divisive figure who has made a career of inciting hatred, to infect their pages.

In the piece, Sharpton tells Jews to put aside what did or didn’t happen in Crown Heights and unify with blacks against hatred an unfair justice system and to fight for economic justice in the U.S. and claims only a coalition of Blacks and Jews can defeat hatred in America.  Now I am not opposed to fighting hatred, and certainly not opposed to uniting with African-Americans to fight hatred. However, a message of unity and justice loses its power when it comes from a low-life such as Al Sharpton. It is the equivalent of inviting former President Bubba Clinton to write an op-ed about fidelity in marriage, or Barack Obama writing an op-ed about how he loves Israel.

Not only is Haaretz’s choice for this op-ed ironic, but so is the timing.  On the Sabbath prior to Sharpton’s op-ed calling for Jewish and Blacks to work together to create justice and end hatred in the U.S., Jews throughout the world read and studied a part of the Torah called Shoftim. This Torah portion contains the famous phrase, “Justice, justice shall you pursue…:”

“You shall not judge unfairly: you shall show no partiality; you shall not take bribes, for bribes blind the eyes of the discerning and upset the plea of the just. Justice, justice shall you pursue, that you may thrive and occupy the land that the Lord your God is giving you.“

Justice means Sharpton should be condemned by Haaretz as a hater because when NYC Jews complained about the Antisemitism of Black College professor Leonard Jeffries in 1991, Sharpton called them race baiters adding “If the Jews want to get it on, tell them to pin their yarmulkes back and come over to my house”

Sharpton’s history of creating justice and eliminating hatred includes the time when Sharpton refused to meet with NY Attorney General Robert Abrams during the Tawana Brawley hoax because (he claimed) meeting the Jewish Abrams would be “like asking someone who watched someone killed in the gas chamber to sit down with Mr. Hitler.”

Sharpton pursued his version of Justice with Steven Pagones former Assistant District Attorney in Dutchess County. During a March 1988 news conference, Sharpton blamed Stephen Pagones for being one of Brawley’s rapists. He also accused district attorney William Grady of trying to cover up Pagones’ involvement in the crime, and demanded that Governor Mario Cuomo arrest the two “suspects.” Haaretz’s op-ed writer even told Spin magazine that Stephen Pagones had privately confessed to the crime. When asked for evidence of his claims Sharpton insisted they would reveal the facts when the time was right. He never revealed that evidence because there never was any.

Apparently, the “Reverend” Sharpton never heard of the 9th commandment, “Thou shalt not bear false witness against thy neighbor.”Sharpton breaks that false witness commandment pretty often. Perhaps he believes God was being literal when he said: “against thy neighbor.” Maybe Sharpton believes it’s okay to make false charges against people who live outside his neighborhood.

In his op-ed Sharpton specifically mentioned that we put aside what did or didn’t happen during Crown Heights, the reason for that statement is he continues to lie about his incitement of the riot and he has never apologized.

Sharpton’s version of justice was waged against Yosef Lifsh, the driver of the car that tragically struck Gavin Cato in August 1991, giving the hater the opportunity to incite the Crown Heights Riot. The preacher who doesn’t believe in the 9th commandment falsely claimed Lifsh was driving drunk that night, even though the police tested him and he was clean. Al Sharpton incited so much hate against Lifsh that he fled to Israel.

Per the sworn statement of  Efraim Lipkind, a former Hasidic resident of Crown Heights, on the second night of the riot, Haaretz’s “unifier” wasn’t calling for working with the Jews. According to Lipkind  “Then we had a famous man, Al Sharpton, who came down, and he said Tuesday night, kill the Jews, two times. I heard him, and he started to lead a charge across the street to Utica.”

Angelina Marrero, Cynthia Martinez, Luz Ramos, Mayra Rentas , Olga Garcia, Garnette Ramautar, Kareem Brunner, the seven victims of the massacre at Freddy’s Fashion Mart were also on the wrong side of Al Sharpton’s version justice.  They are dead because a four-month-long campaign of anti-Semitic hate by Al Sharpton incited a man to firebomb Freddy’s killing the seven innocents.

David Dinkins, the hapless first black mayor of NYC was another victim of Sharpton’s Justice. He was angrily denounced by Sharpton using these words, “David Dinkins, you wanna be the only ni**er on television, only ni**er in the newspaper, only ni**er that can talk. Don’t cover them, don’t talk to them, ’cause you got the only ni**er problem. ‘Cause you know if a black man stood up next to you, they would see you for the whore that you really are“

Remember the controversy surrounding the Duke lacrosse team? They were falsely accused of rape and were victims of Sharpton’s justice when without any facts, the hater with the title of “Reverend” declared that these ”rich white boys” had attacked a ”black girl,” and warned that if arrests were not made immediately, there would be no peace. He further claimed, “this case parallels Abner Louima, who was raped and sodomized in a bathroom [by a New York City police officer] like this girl has alleged she was…. and just like in the Louima case, you have people here saying she fabricated it.”

Unlike the Louima case, it was proven that indeed the “rape victim”  had totally invented the story and she recanted— all charges against the lacrosse team were dropped. However Haaretz’s purveyor of “love,” Al Sharpton never recanted.

Sharpton the non-hater once told his radio audience that Republicans view black people as subhumans, much as Adolf Hitler saw Jews. “It seems like they [some of the right-wing] act as though some wiping out of people … is alright. It’s not alright to do to any innocent people…. [T]o wipe out innocent people just ’cause of who they are, like was done in Hitler’s Germany, or was done to Native Americans, is not justified.”

Sharpton the minister against hate has attacked moderate black politicians close to the Democratic Party as “cocktail sip Negroes” or “yellow ni**ers.”

Maybe he’s right because for real people of faith, those who believe that “Justice, justice shall you pursue…,” it’s hard to forget Crown Heights or the seven women killed at Freddy’s, hard to get over what he did to Steven Pagones, or  to get over that you slandered a Jewish DA by calling him, Hitler, that he slandered the Duke Lacrosse team as guilty without facts, that he called all Republicans Hitler, he called the Central Park Jogger a whore and her boyfriend a  rapist, or that he uses derisive terms against African-Americans who differ with him politically.

While Haaretz forgets all that hatred and the mainstream media celebrates it, those of us who have read the book of Deuteronomy, whether in English, Latin, or in the original Hebrew are never gonna forget it. And we will not be exploited for political gains by a man with a life long record of hatred and injustice. We will not follow the words of a man who does not believe in the 9th Commandment or the words God gave to Moses around 3,900 years ago:

“You shall not judge unfairly: you shall show no partiality; you shall
not take bribes, for bribes blind the eyes of the discerning and upset
the plea of the just. Justice, justice shall you pursue”