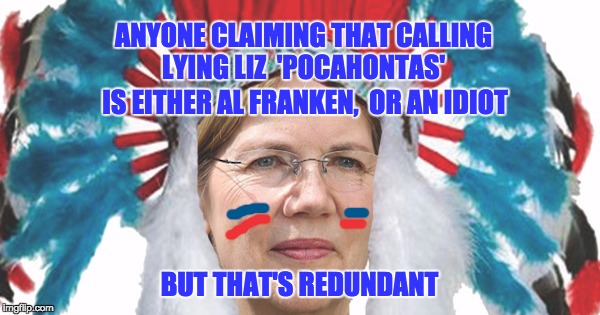 “I’m not good enough, I’m not smart enough, and doggone it, I am a fidiot.”

Franken: I heard this from a couple of my colleagues who were there, and I–I would have said something.

Tapper:  What would have you said?

Franken: Mr president with all due respect that’s racist don’t– please stop doing that.  I’m on  Indian Affairs this is completely unacceptable you really should stop doing this it doesn’t serve anybody. something like that

Trump’s Pocahontas nickname is not a slight against Pocahontas or Native Americans, it’s an attack on Elizabeth Warren for lying about her background.

Of course after being exposed, Warren claimed that she didn’t know Harvard had used her unconfirmed heritage to appear more diverse. Warren also denied that she ever used her unproven lineage to gain a professional advantage. Instead of coming clean in 2012 during the height of the controversy, Warren continued to spin her Indian fairy tale.

And here is the best part. She based her claims of Native American ancestry on high cheekbones. 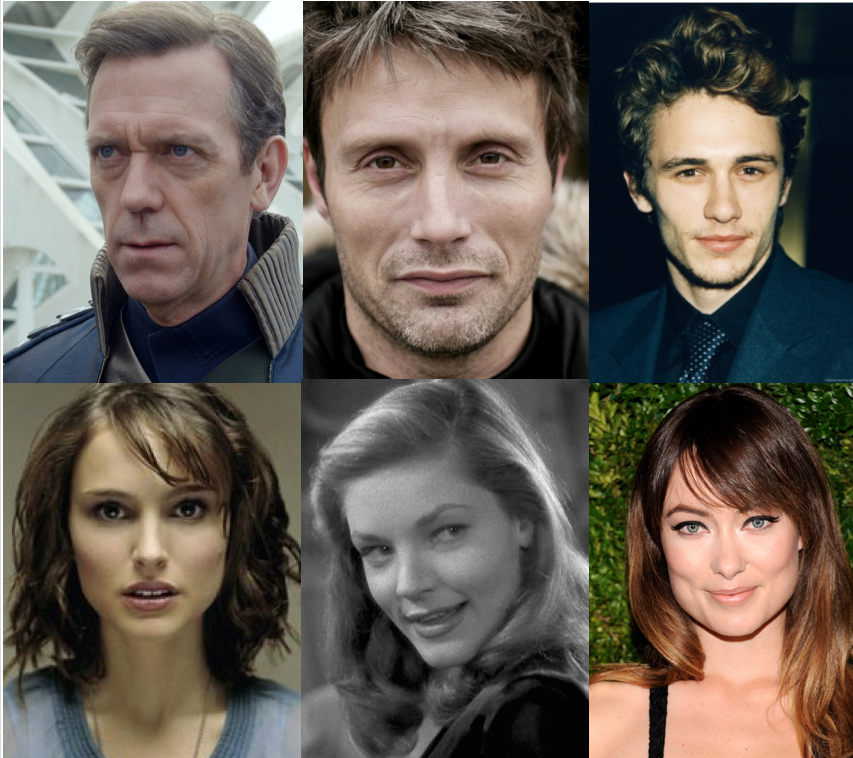 Here’s the bottom line. President Trump’s nickname of Pocahontas for Elizabeth Warren is not even close to being racist, it has nothing to do with Native Americans, it’s all about pointing out that Elizabeth Warren, who as been spending the latest session of the Senate slandering the President’s cabinet picks, is a liar.

Anyone who labels Pocahontas as racist is either a political hack, idiot, or Al Franken, but then I repeat myself.

One more thing: While some may suggest that Tapper served up Franken to blast Trump, it was a legitimate question to Franken who some say is trying to become the “face” of the party about his potential competition. Franken never did answer Tapper’s question, instead turned it into a Trump slam. When one thinks about it, Al Franken must be a racist. After all if there is one thing we learned from the Democrats during the Obama administration, is any criticism of the President is racist.