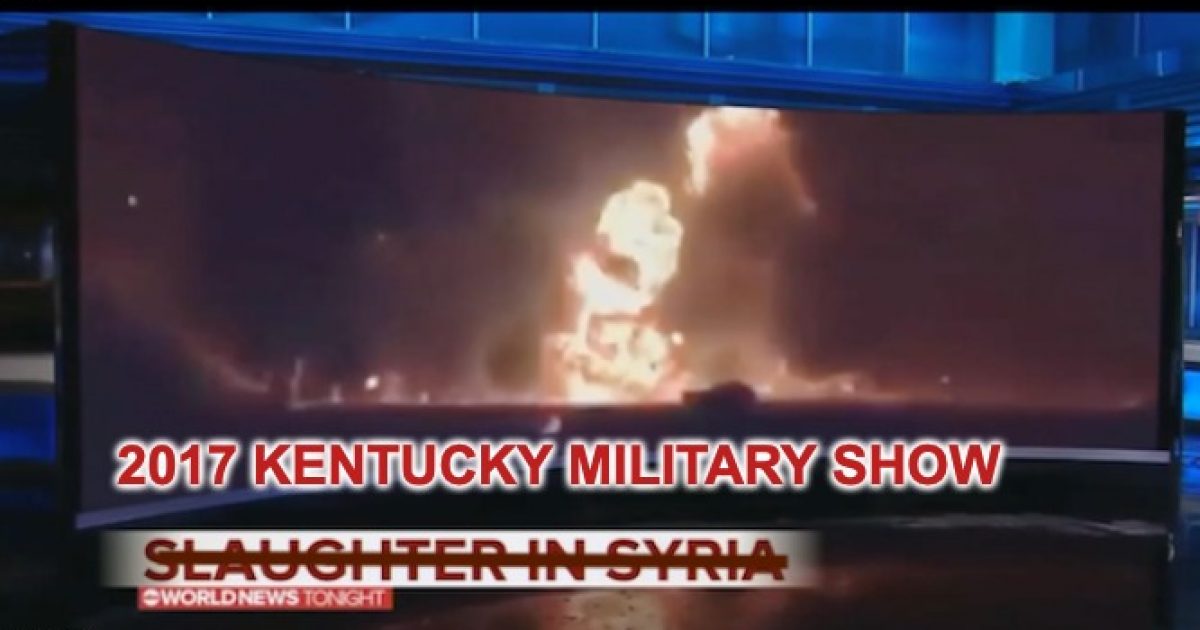 There’s fake news, then there’s this.  On Sunday’s edition of “World News Tonight,” ABC’s Tom Llamas reported on what was called the “Slaughter in Syria.” ABC Slaughter In Syria

“Weeks since President Trump ordered U.S. forces out of that region, effectively abandoning America’s allies in the fight against ISIS,” he reported.

“This video right here appearing to be showing Turkey’s military bombing Kurdish civilians in a Syrian border town. The Kurds, who fought alongside the US against ISIS, now horrific reports of atrocities committed by Turkish-backed fighters on those very allies,” he added.

Here’s the video he used, courtesy of Newsbusters:

The same video was used on Monday’s edition of Good Morning America as Ian Pannel stated: “This video obtained by ABC News appears to show the fury of the Turkish attack on the border town.”

The footage, which looks to be from 2017, shows American gun enthusiasts putting on a terrific pyrotechnic show for their audience in Kentucky. In fact, the Machine Gun Shoot and Military Gun Show, which involves the very popular night shoot, is an annual event at the Kentucky gun range. People love the show. They love it so much, in fact, that they record it and post footage of it to social media.

Others noted it as well:

CORRECTION: We’ve taken down video that aired on “World News Tonight" Sunday and “Good Morning America” this morning that appeared to be from the Syrian border immediately after questions were raised about its accuracy. ABC News regrets the error.

You mean after someone found the REAL video from a Kentucky gun range’s website.. ??

And CNN’s Brian Stelter is concerned…

ABC News says it “regrets the error.” This is a huge embarrassment for the news division, especially because the video aired on both “World News” yesterday and “GMA” today. https://t.co/ydJMvjXCVR

We did note that Stelter works for CNN, right?

Stelter’s CNN got a more significant embarrassment today. Their anti-Trump bias was outed on video, which you can see here.

In other words, ABC pulled a CNN. #CNNLOL

Who/what exactly made ABC News first believe the video “appeared to be from the Syrian border”?https://t.co/wvkae323AR