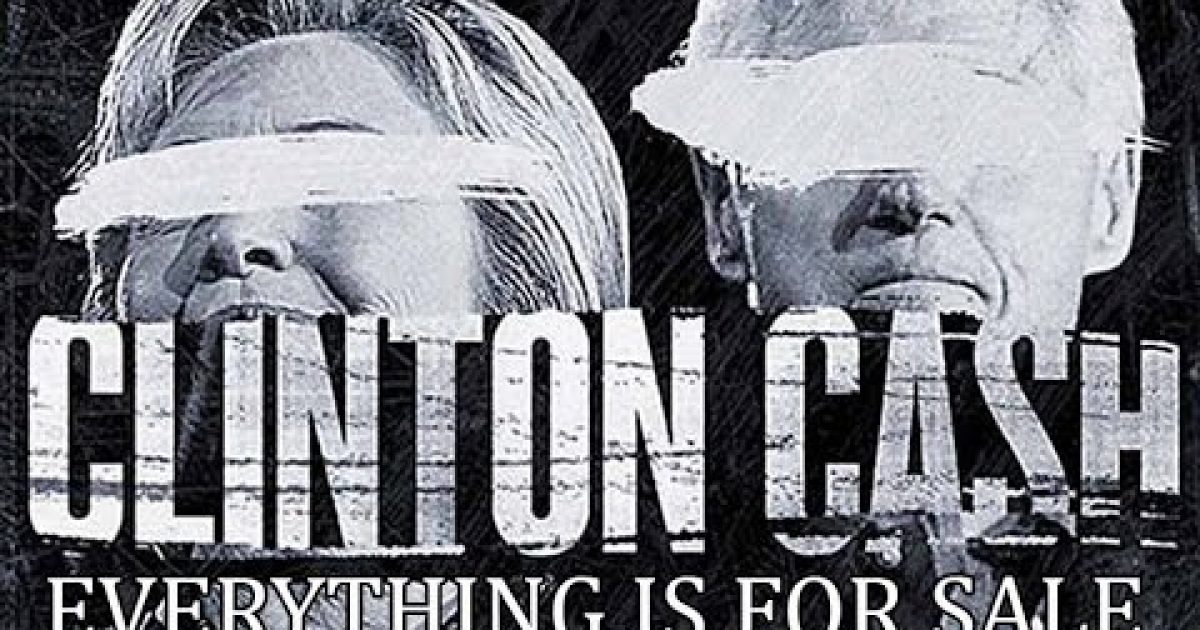 Perhaps the FBI finally read Clinton Cash (or watched the movie which is embedded at the bottom of this page), because they are finally investigating the Clinton Foundation, actually they have three investigations.

Former Assistant Director of the FBI, Thomas Fuentes, was a guest on CNN this weekend where he confirmed that not only was the FBI reopening the investigation about Hillary Clinton’s private emails, they also had three separate investigations going on involving the Clinton Foundation’s corrupt activities.

“The FBI has an intensive investigation ongoing into the Clinton Foundation. The reports that 3 divisions came in with a request to Washington to open cases and that they were turned down by DOJ, that’s not true… The FBI made the determination that the investigation would go forward as a comprehensive unified case and be coordinated, so that investigation is ongoing and Huma Abedin and her role and activities concerning secretary of state in the nature of the foundation and possible pay to play, that’s still being looked at… In a sense it’s almost turned in to a one stop shopping for the FBI. It could have implications affecting three separate investigations on one computer!”

I mean, seriously? How can we possibly abide this kind of stench wafting off of a major presidential candidate? It’s unconscionable. It’s disgusting. Most of all, it’s disheartening as an American to think that such a large portion of the voting public would willingly vote for a person who is so wholly and obviously enmeshed in corrupt activities.

Is this what we’ve come to? Now it’s not just the politicians who are corrupt, but the average citizen is also complicit in the corruption as well?

If that is the case, and it seems to be so, then one politician or one election, has no hope of helping us right the ship. We need an entire generation of victories to fix what ails us, which means we need to prepare for a long, hard fight.

For those who haven’t read Clinton Cash as of yet, Schweizer’s opus, Clinton Cash is was a well-documented quantitative-based case investigating how Bill and Hillary Clinton went from being “dead broke” after leaving the White House to amassing a net worth of over $150 million, with $2 billion in donations to their foundation. Schweizer was able to tie the wealth accumulated during Mrs. Clinton’s tenure as Sec. of State through lucrative speaking fees and contracts paid for by foreign companies and Clinton Foundation donors, to corresponding actions by the State Department.  Watch the full movie below and get a preview of what the FBI is looking for: