Election Wrap-Up And Look At The Future 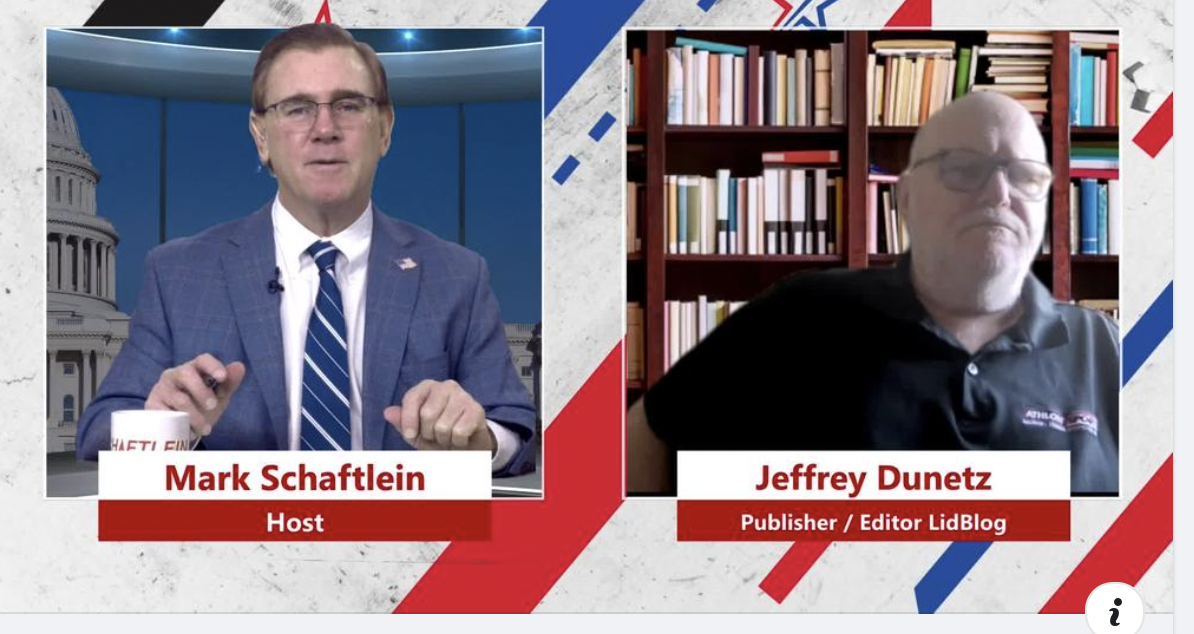 On Thurs, 11/16, Jeff Dunetz, The Lid, did his guest gig on Wednesday instead of the usual Thursday guest gig on the Schaftlein Report. For those who don’t know, The Lid has the great honor of being Marks’s guest every once a week.

As usual on The Schaftlein Report. Mark and I had a great conversation on all the day’s hot news. It seems as if every time I am a guest on Mark’s show, it’s a big news day. It’s as if the government, leftists, and foreign maniacs wait till Tuesday night and Wed to do something outrageous, and this week was no different. Watch the video below for the best analysis of the news. On top of the video is a list of topics except for the tangents and The Lid’s snark.

1B) VP Pence – “There will be better choices,” National Review Editorial Board – “NO. (again)”

2) McConnell claims he will win today’s Senate Leadership vote. We support him.

3) DeSantis receives a standing ovation at the Republican Governors meeting in Orlando.

4) Republicans achieve 218 in House, as CA-3 district winner Kevin Kiley declared. Media and AP not yet calling the race.

6) Administration claims a large number of student loans will default. So what? They tried to forgive them illegally.

8) Missile as NOT launched from Russia.

Enjoy the video of the 11/16 episode above, and don’t miss any episode of the Shaftlein Report every Mon-Thurs.