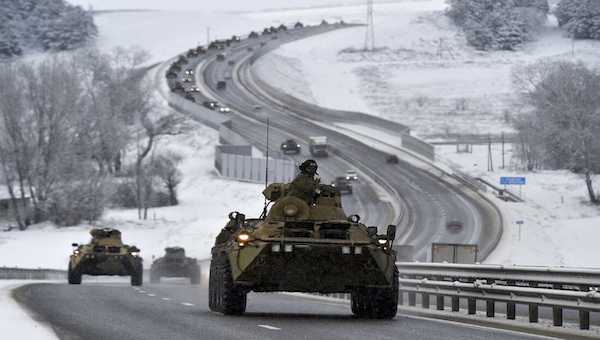 Over the last several weeks, there has been no shortage of speculation as to just how Russian President Vladimir Putin will take Ukraine for himself. There is only the ever-present realization that he is, indeed, going to make an attempt. Zelensky  and British Intelligence

Indeed both British Intelligence and the Ukraine President have caught wind of Vlad Putin’s plan for a coup.

The world is watching, and there is no doubt that this is his plan. There are tens, perhaps hundreds of thousands of Russian troops at the border of the tiny, resource-rich nation. Kremlin mouthpieces have already begun to belligerently suggest that those who opposed Putin’s plans will be turned into radioactive dust.

British intelligence services have revealed a sinister plan being hatched by the Kremlin.

President Biden met with his national security team Saturday amid reports that Russia was planning to install a pro-Kremlin leader in Ukraine.

Earlier Saturday, the U.K.’s Foreign, Commonwealth & Development Office disclosed it had information suggesting the Russian plan was in the works.

“We have information that indicates the Russian Government is looking to install a pro-Russian leader in Kyiv as it considers whether to invade and occupy Ukraine,” a spokesperson for the British agency said.

Former Ukrainian Member of Parliament Yevhen Murayev was being considered a potential candidate, the spokesperson added.

Murayev heads Nashi, a small pro-Russian political party that currently has no representation in Ukraine’s parliament, The Associated Press reported.

Similar to the British report, on Friday, Ukraine President Zelenskiy “said Ukraine had uncovered a plot to overthrow his government next week, involving individuals from Russia caught on tape talking about roping Ukraine’s richest businessman into backing a coup.”

The US and Britain have both sent military supplies to Ukraine in an effort to help stave off any further Russian aggression, and President Biden has repeatedly warned Putin that there would be severe consequences for any escalation. Putin probably started laughing and asked, “Like Afghanistan?”