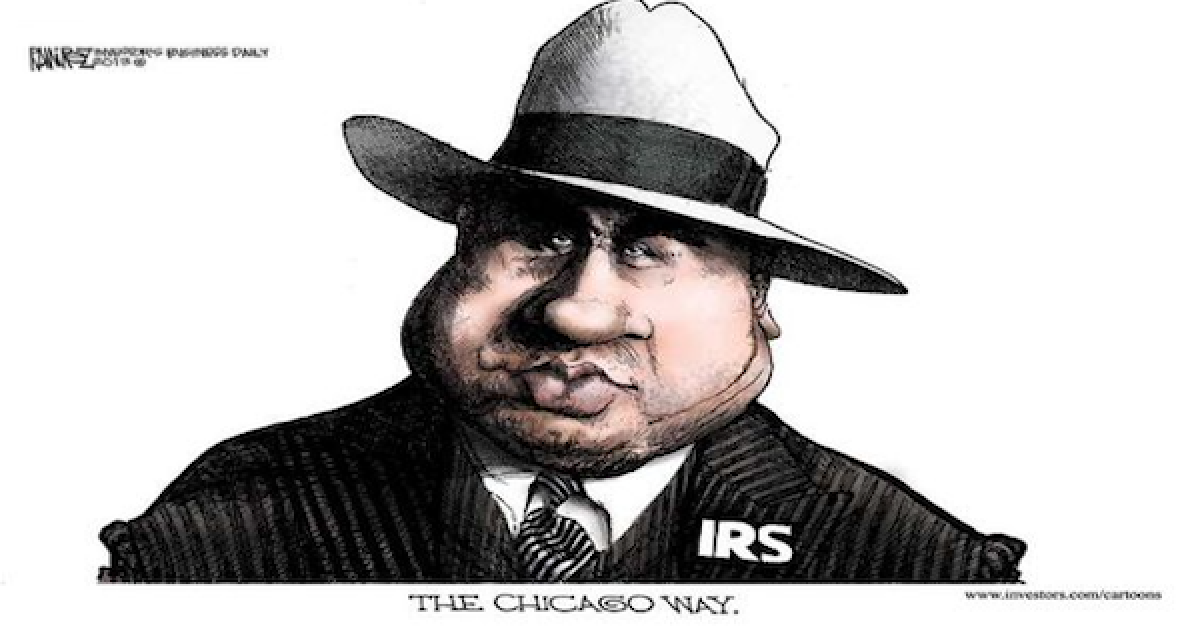 During the presidency of Barack Obama the IRS became a political tool of the Administration to quiet organization  that disagreed with its policies, in a case that has become to be known as the “Tea Party targeting scandal,” The first lawsuit filed against the IRS for is practice of viewpoint discrimination,  Z Street Vs IRS, is finally over.

Representing the IRS, the Department of Justice entered into a settlement with Z Street, a non-profit corporation dedicated to educating the public about various issues related to Israel and the Middle East, The IRS delayed Z Street’s 501 (c)(3) tax-exempt application because its viewpoint regarding Israel was different from that of the Administration. For example, the Obama administration called territory outside he 1949 armistice lines “occupied territory,” Z Street had the nerve to call it “disputed territory.”

In August of 2010, almost three years before Lois Lerner announced at a law conference that the IRS had indeed targeted certain groups, Z Street filed a lawsuit contending they were being targeted by the IRS because they disagreed with the President’s policy on Israel.  They filed their suit against the IRS after an agent allegedly told them his direction was to “give special scrutiny to organizations connected to Israel,” and that the files of some of those “organizations were sent to a special unit in Washington, D.C. to determine whether the activities of the organization contradicted the public policies of the administration.”

As part of the settlement was a Consent Order, a series of facts agreed to by Z Street and the Department of Justice lawyers who represent the IRS. Also as part of the agreement, the IRS apologized to Z Street for the delayed processing of its application.

The Court hereby declares that it is wrong to apply the United States tax laws, including any and all tax rules, regulations, policies, procedures, and standards of review, to any tax-exempt applicant or entity based solely on any lawful positions it espouses on any issues or its associations or perceived associations with a particular political movement, position, or viewpoint.

On the first of February, the founder of Z Street, Lori Lowenthal Marcus wrote an op-ed in the Wall Street Journal called “The IRS Campaign Against Israel—and Us” which explained her seven-year-long battle against frightening abuse of power by the Obama era IRS.  We pick up part of her account below:

So in August 2010, we sued the IRS for violating Z Street’s constitutional rights, including the First Amendment right to be free from viewpoint discrimination—government treatment that differs depending on one’s political position.

Now we know the truth, and it’s exactly as bad as we thought. IRS documents—those they didn’t “lose” or otherwise fail to produce—reveal the following:

• Our application was flagged because Z Street’s mission related to Israel, a country with terrorism. Therefore, an IRS manager in our case said in sworn testimony, the IRS needed to investigate whether Z Street was funding terror.

• Some applications for tax-exempt status were indeed being sent to IRS headquarters in Washington for more intense scrutiny. They were selected because of the applicants’ viewpoint.

• In August 2010, three other Jewish organizations applying for tax-exempt status were asked by the IRS to “explain their religious beliefs about the Land of Israel.”

Our own investigation disclosed that between 2009 and 2016, while Z Street’s application was stalled, the IRS needed no special scrutiny to grant numerous applications for tax-exempt status that explicitly proclaimed donations would be spent in Gaza—a territory formally under the jurisdiction of Hamas, which the U.S. State Department designates as a terror organization.

While claiming to be investigating Z Street’s funding of terror, the IRS never asked how or where Z Street spent its money. The IRS ultimately granted Z Street’s application, in October 2016, without asking anything about terror, or money, or anything else it hadn’t known in 2010.

As the IRS knew within six weeks of our case being filed, Z Street was sent for special scrutiny by an IRS employee using an outdated list of countries affected by terror. The new list didn’t include Israel. The IRS didn’t resume processing our application after it discovered this error, and it didn’t disclose the error for six years. Because we sued, the IRS froze Z Street’s application. It stayed on ice until August 2016, when a court held the IRS couldn’t get our case thrown out until it processed our application. Two months later we got our exemption.

The “terror” error turns out to have been a pretext. Within weeks of President Obama’s inauguration, IRS and State Department officials began considering whether they could deny or revoke tax-exempt status for organizations that provided material support to Jews living across the Green Line—the non-border that delineates pre-1967 Israel from the territories Israel acquired in the Six Day War. The theory was that a Jewish presence in those areas is inconsistent with U.S. policy. The IRS drew up lists of such organizations based on information from anti-Israel websites such as Electronic Intifada and MondoWeiss.

The New York Times and the Washington Post ran articles that advanced the policy espoused by the Obama administration and its nonprofit ally, J Street. Unnamed “senior State Department officials” were quoted as saying that Jewish activity over the Green Line isn’t “helpful” to peace efforts.

While no formal policy was released barring U.S. tax-exempt entities from supporting Jewish activity over the Green Line, Obama IRS officials tried three times between 2009 and 2012 to create such a policy, and IRS employees made sure the effort wasn’t documented. One emailed her supervisor saying that she would answer his questions about IRS policy relating to Israeli settlements only orally. “Not doing email on this,” she explained.

Even if the IRS could legitimately institute such a policy, it should not have applied to Z Street. We believe Jews should be allowed to live beyond the Green Line, but we have never spent a penny outside the U.S.

To learn the truth, we fought in the courts for seven lonely years—defeating IRS arguments that it didn’t have to obey the First Amendment, that it was immune from the suit, and that it wasn’t obliged to produce in discovery any documents revealing why its employees did what they did. During the seven years Z Street’s application was frozen, it couldn’t raise funds. If my husband and I weren’t lawyers, able to pursue justice without getting paid, there’s no way we could have succeeded.

When Z Street’s creation was announced, thousands sought to join. Then the IRS attempted to kill us. No lawsuit can remedy that assault, as the IRS knew. The settlement gives us the truth, but we can’t get back our seven years.

Lori Lowenthal Marcus has shown herself to be a tireless advocate, not just for Israel but more importantly for the freedoms guaranteed in the US Constitution. As someone who has known her since before Z Street, I am proud of the work that Lori and her husband have put into this effort to set the IRS straight.

Z Street is back! Keep an eye on its website http://zstreet.org/ as it will soon return to educating the public about issues related to Israel and the Middle East