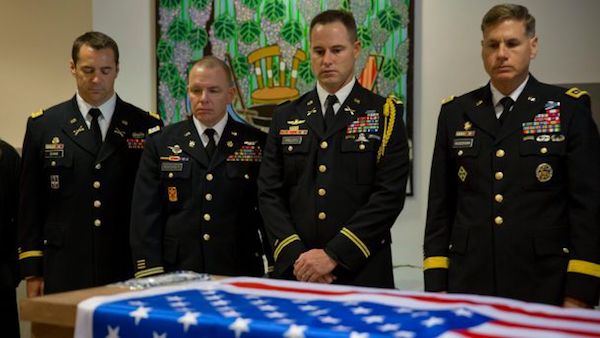 One of President Trump’s objectives during his May trip to the Middle East was to convince Palestinian President Abbas to stop paying “blood money” to terrorists. Sadly, the Palestinian Authority has taken those concerns and increased its payments to people who have committed terrorist acts and/or their families, and the money is coming from U.S. Aid…your tax dollars.

During his recent trip to the Middle East, President Trump made it a point to scold the Palestinian president for the incitement of violence.  As part of the speech made in Israel, he said, “Peace can never take root in an environment where violence is tolerated, funded and even rewarded.  We must be resolute in condemning such acts in a single, unified voice.”

When they met privately President Trump lost his patience with the Palestinian president Abbas, “You tricked me in DC!” the President was reported to have hollered at the stunned Palestinian, “You talked there about your commitment to peace, but the Israelis showed me your involvement in incitement.” While the above was first reported by an anonymous source, it was since confirmed by the P.A.

A month later Jared Kushner went to the Middle East and met with Abbas. He pressed the payment to terrorists issue with Abbas as well. After their meeting, a Palestinian source told YNet News “The American delegation accepted the Israeli position on the issue of paying salaries to prisoners and painted it at the meeting as a means of encouraging terrorism and demanded that it be stopped.”

“According to the PA budget, salaries to incarcerated and released terrorists will amount in 2017 to 552 million shekels ($153.4 million), a rise of 13 percent over the original budget of 2016 and 11 percent more than the actual expenditure in 2016 (revised budget). The money will be transferred to the Palestinian National Fund, the financial arm of the PLO, which was designated by Israel as a terror organization due to its involvement in paying terrorist salaries.

The amount allocated for the families of those killed or wounded in the struggle against Zionism, rose by 4 – 8 percent and is set at 687 million shekels in 2017. Altogether, the expenditures for supporting terror in the 2017 Palestinian Authority budget is 1.240 billion shekels ($344 million). This sum constitutes 7 percent of the total budget, similar to the last several years, but amounts to 49.6 percent of foreign aid received by the PA due to diminishing amount of external aid expected in 2017.”

And what country gives the Palestinian Authority most of its foreign aid? The United States.

According to the Congressional Research Service, the Palestinian Authority receives about $400 million in funding from the U.S. every year. That means your tax dollars represent about 58% of all the aid given to the P.A. the aid represents more than all the money going to terrorists.

Israel National News reports terrorists can now receive over $3,000 a month from the PA after they commit terror attacks. The 19-year old Palestinian who murdered three Israelis in cold blood as they sat for Shabbos dinner a week and a half ago has promised a lifetime salary of $3,120 a month.  That’s more than 10 times the average income in the Palestinian Authority, a good salary which works to incite more people to kill innocent Jews.

The JCPA explains that the payments continue because according to Palestinian law, terrorists “fighting sector” of the Palestinian society. While this stands in sharp contrast to the P.A. commitments made as part of the Oslo Accords it does mesh with the Palestinian tradition of saying one thing about terrorism in English and the total opposite in Arabic to its own people.

There is hope coming out of congress, the Taylor Force Act, a bill that would sever US economic aid to the Palestinian Authority if they continue payments to families of terrorists.

The bill is named after Taylor Force an American Army veteran who served tours of duty in both Afghanistan and Iraq. While visiting Israel as part of his Vanderbilt University MBA program he was stabbed to death by a Palestinian Terrorist who stabbed ten other people who survived. While the police had to kill the terrorist to get him to stop his rampage his relatives now receive monthly payments equal to several times the average Palestinian wage. Note: The picture on top of this post

Note: The picture on top of this post is of U.S. Army representatives honoring Taylor Force’s body while he was still in Israel.

While the bill seems to be picking up momentum, especially since the recent Shabbos Dinner attack earlier in July, it has not yet received support from AIPAC who worries that it only has one Democratic Party sponsor (Sen. Joe Manchin D-WV). Just as they did with the 2012 and 2016 RNC platforms, AIPAC objects to any bill that makes one party seem more pro-Israel than the other. However, why should Americans pay for terrorism simply because the Democratic Party has become the anti-Israel party?

The Trump administration has not committed to the act as of yet. Recently they told the Jerusalem Post, “While the administration agrees with the high-level goals of the Taylor Force Act, it is currently in Congress’s hands and we will continue to closely monitor the specifics of the legislation.”

Speaking to the recent Christians United for Israel annual summit, Israeli Ambassador the U.S. Ron Dermer highlighted his government’s support for the bill, “I can assure you that Israel is not the slightest bit concerned that the Taylor Force Act will pass. Israel would be concerned if the Taylor Force Act didn’t pass.”

Israel has already taken its own action. Since July 2016 Israel has deducted the sum the PA pays to terrorists and their families from its monthly transfer of tax fees to the P.A. government

Originally the Senate hoped to have passed the bill by August 11th and the Senate recess. However, don’t be surprised if that date is pushed back because of the Senate’s attention to the failed attempt to repeal and replace Obamacare.

Either way, the bill will probably come up sometime before the High Holidays, so if you believe your tax dollars shouldn’t be used to pay blood money to terrorists—I strongly urge you to contact your Congressional Representatives and State’s Senators and urge them to support the Taylor Force Act.