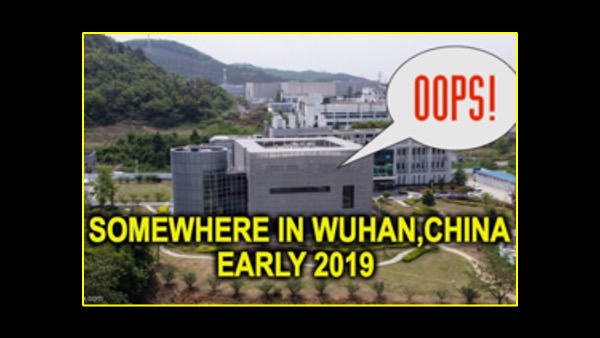 The journos that are changing their tune and suddenly considering the lab leak theory as plausible look like complete schmucks. Good. Let them wear it. It’s taken them over five years and thousands of hours of ranting and raving on cable news shows to finally admit that they didn’t like the former President, and maybe, just maybe, it might have colored their reportage. Wuhan lab leak story

I swear, these lefty journos have absolutely no self-awareness whatsoever.

It’s been pretty clear for decades that journalists are rooting for one political party over the other. Still, it just became absurd under the Obama administration and positively cartoonish under Trump. Journalists behaved like reactionaries bemoaning that their beloved Barry couldn’t remain President in perpetuity and openly loathing the Orange Usurper. Obama could say or do nothing wrong, and Trump couldn’t say or do anything right.

For an entire year, the lab leak theory was dismissed as a “conspiracy theory” by everyone and their dog in the corporate media, flagged on social media, and fact-checked by so-called “fact-checkers” while the actually xenophobic “wet market” theory was pushed as Gospel Truth.

Early in the pandemic, journalists didn’t like that Trump referred to the novel coronavirus as the “China virus”…

Q: "Why do you keep calling this the Chinese Virus?"

President Trump: "It comes from China…it's not racist."

…even though they called it the “Wuhan coronavirus.”

But now, with no change in the facts whatsoever, the corporate media is suddenly looking into the lab leak as a possibility. The only thing that changed was the inhabitant of the White House.

ABC’s Jon Karl admits that so-called “journalists” didn’t bother to investigate the theory that the novel coronavirus leaked from a lab in Wuhan, China, that was known to be studying bat coronaviruses simply because Donald Trump said it. He’s concerned that they now have “egg on their faces” for not being able to recognize that just because Trump said a thing, that doesn’t mean that it’s not true

“Some things may be true even if Donald Trump said them” – ABC’s @JonKarl re origin of COVID-19 pandemic. #ThisWeek pic.twitter.com/voC1ISBv4X

Jon Karl is an absolute hack.

Do you remember that whole “Trump told people to inject bleach” lie spouted by idiots in the press and more idiots on Twitter? Guess who the one that first floated that was? Yep. Jon Karl.

I fear @tedcruz missed the scientific animation in the video that shows how it is virtually impossible for this virus jump from the lab. Or the many interviews with actual scientists. We deal in facts, and viewers can judge for themselves. https://t.co/TprMnaHSZL

In a lengthy article titled, “Timeline: How the Wuhan lab-leak theory suddenly became credible,” Kessler admits that the media ignored serious concerns that the virus leaked from a Chinese lab in Wuhan because of “Trump’s rhetoric.”

Sen. Tom Cotton (R-Ark.) from the start pointed to the lab’s location in Wuhan, pressing China for answers, so the history books will reward him if he turns out to be right. The Trump administration also sought to highlight the lab scenario but generally could only point to vague intelligence. The Trump administration’s messaging was often accompanied by anti-Chinese rhetoric that made it easier for skeptics to ignore its claims. (Emphasis Added)

But, as former Director of National Intelligence noted, it wasn’t just President Trump, Secretary of State Mike Pompeo, and Senator Tom Cotton (R-AK) but also the intelligence statements that the media ignored.

The intel community made clear in April 2020 that Covid 19 started in China at one of two places.

You all ignored Intel statements – not just President Trump. https://t.co/HpNMqVISrb

Trump Derangement Syndrome caused an awful lot of fake news over the past four years. As we have repeatedly said, “fake news” includes what is not covered, including every possible theory about the origin of a virus that has devastated the entire world and killed millions.

Some people in the Corporate Media are finally at the acceptance stage of their Trump Derangement Syndrome™. While it came too late to change the constant negative coverage, we can now show them for the hacks that they really are.