After Death of President’s Brother, Disgusting Trend Takes Over Twitter

What a sick, sick thing to see. 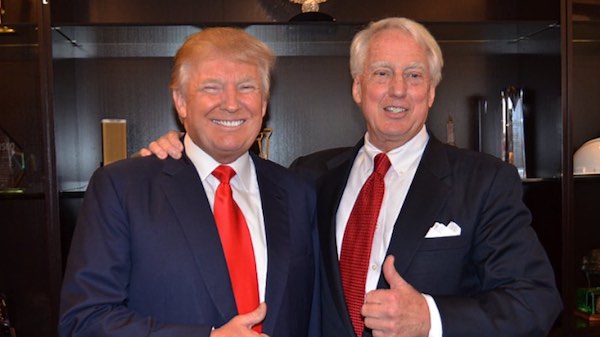 There is little doubt that President Trump is loathed by the liberal left.  He is undeniably one of the least popular Commanders in Chief that the Washington Swamp has ever seen.  And, believe it or not, it appears as though he’s even got the Deep State a little rattled. But, even with this multitude of enemies, there are some lines that we still don’t expect to see crossed. wrongtrump Twitter

Robert Trump, younger brother of President Trump, died Saturday night, the White House confirmed in a statement from the president. He was 71.

“It is with heavy heart I share that my wonderful brother, Robert, peacefully passed away tonight,” the president wrote. “He was not just my brother, he was my best friend. He will be greatly missed, but we will meet again. His memory will live on in my heart forever. Robert, I love you. Rest in peace.”

The Washington Post couldn’t put politics aside for one night.

They treated the Leader of ISIS better than the brother of the President of the United States.. pic.twitter.com/wqnnK6mTRy

And Twitter, which is continually censoring Conservatives including President Trump, allowed its platform to get nasty on Saturday night. Twitter users didn’t cross the line, they stomped on it, and @jack didn’t care.

The trending topic enraged some Twitter users, who lept to the President’s defense.

Hey @jack are you behind this hash tag #wrongtrump trending on Twitter that threatens the life of our President @realDonaldTrump?

Maybe the @SecretService should pay you a visit.

Donald Trumps brother DIED, and #WrongTrump is trending pretty much stating it should’ve been Donald instead. just because someone doesn’t fit your political agenda, doesn’t mean you should wish DEATH upon them??? praying for the Trump family rn.

The fact that #WrongTrump is trending makes me sick to my stomach. Y’all are despicable and hateful and everything wrong with human kind.

Couldn’t have said it better ourselves, Kate.

These Twitter idiots are despicable! Do they have hearts?  Politics end when someone is in mourning. And Jack Dorsey, the CEO of Twitter, proved his hatred of conservatives again.  Why else would he allow #wrongtrump to trend, while censoring the target of that trend President Trump?

Much of this post was first seen at Liberty Hub.