Remembering William F. Buckley, He Drove The Haters From Conservatism 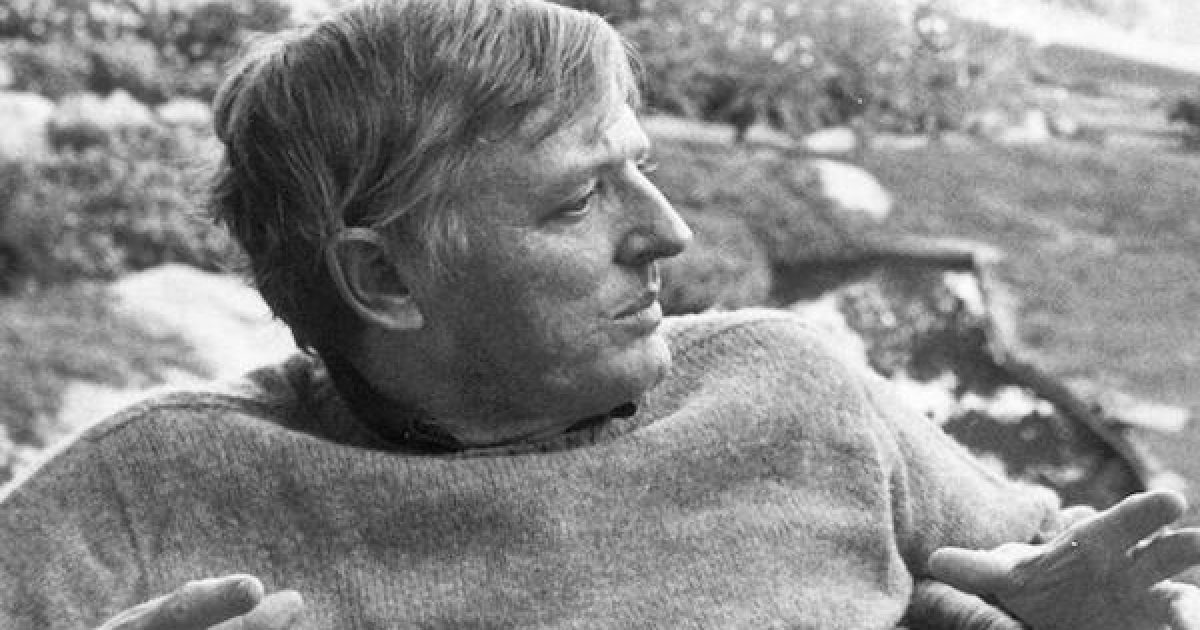 As I do most mornings one the first emails I opened in the morning was the NRO Morning Jolt (which if you don’t receive you should).  Today’s Jolt was penned by Jack Fowler rather than the usual author Jim Geraghty who began with a tribute to William F. Buckley.`

As is our custom, the offices of National Review are closed the day following Thanksgiving. The turkey does make you groggy, after all. Never mind the hard cider.

But a day without a Jolt? Perish that thought. We’ll keep it short and sweet, but keep it we will — enjoy this classic piece by Bill Buckley on gratitude.

By the way, today would have been Bill’s 92nd birthday. My colleagues at NRO put together a terrific photo essay …

The December 1991 issue of  National Review was almost entirely devoted to an essay by Buckley called “In Search of Antisemitism” which he turned into a book a year later. But his efforts started well before that.

From its initial issue in 1955, the National Review became the bible of conservative thought, but it was also void of the Jew-hatred that was a big part of the conservative movement. Conservative favorites such as aviator Charles Lindbergh and Henry Ford were staunchly anti-Semitic, as were the post-war conservative anti-communist groups such as the John Birch Society and The Liberty Lobby. Buckley didn’t let those groups anywhere near his magazine, and publicly denounced the John Birch Society and its leader Robert W. Welch, Jr.

During the run-up to the first Iraq war, Buchanan said:

“There are only two groups that are beating the drums for war in the Middle East-the Israeli Defense Ministry and its amen corner in the United States,”

And who was that “amen corner?” Well according to Buchanan it was composed of people like A.M. Rosenthal, Charles Krauthammer, Henry Kissinger and Richard Perle, all Jews. In his essay, Buckley asked why Buchanan didn’t mention any of the famous Christian commentators who backed the war such as James J. Kilpatrick, George Will, Frank Gaffney and Alexander Haig? Buchanan also wrote that if the United States went to war, the fighting would be done by “kids with names like McAllister, Murphy, Gonzales, and Leroy Brown.”

Buchanan also wrote that if the United States went to war, the fighting would be done by “kids with names like McAllister, Murphy, Gonzales, and Leroy Brown.” Buckley, in his usual opaque writing style, argues that this amounts to charging Jews with starting a war they wouldn’t fight in a genuine slur against them. He adds: “I find it impossible to defend Pat Buchanan against the charge that what he did and said during the period under examination amounted to anti-Semitism, whatever it was that drove him to say and do it: most probably, an iconoclastic temperament.”

There is much more to say about Buchanan’s Antisemitism and Holocaust denial, you can read about it at this link.

During from the early 1970’s through the early 1990’s perhaps the leading conservative writer was Joseph Sobran senior editor of the National Review. In 1993, Buckley fired Sobran was fired for a series of columns that William F. Buckley, Jr. labeled anti-Semitic.

Not only was Buckley always a strong supporter of Israel, but he was a supporter of the freedom for Soviet Jews before many American Jews who were worried that support of the movement would lead to a conflict with the USSR.

As early as 1959, Buckley was speaking out publicly against the persecution of Soviet Jews. While his agitation on the issue arose from an overarching disdain of “Godless Communism,” as the mid-century phrase went, it put him on the barricades “long before anyone was really aware there was a problem and it became a politically beneficial position to take,” said Gal Beckerman, the author of Let My People Go, a forthcoming history of the movement to liberate Soviet Jewry.

In the end, William F. Buckley lead the effort to show America that conservative policies will save the country (helping to elect Ronald Reagan). But he went way beyond that. Yes, he went against the anti-Semites in the conservative movement and threw them out. But even more than that, Buckley was an intellectual, therefore the inference was that not only was Jew-hatred bad…but it was stupid.

Through his efforts and attacks on the conservative haters in this country, Buckley pushed Antisemitism to the fringes of American politics where it lived for years until it joined the Democratic Party of Barack Obama, Al Sharpton, Keith Ellison and groups like Ploughshares, Center For American Progress, and Media Matters.

William F. Buckley would have been 92 today. Many will justifiably celebrate him as one of the drivers of conservatism in America. I will always remember him as a man who fought Antisemitism, promoted Israel and fought for the oppressed Soviet Jews.