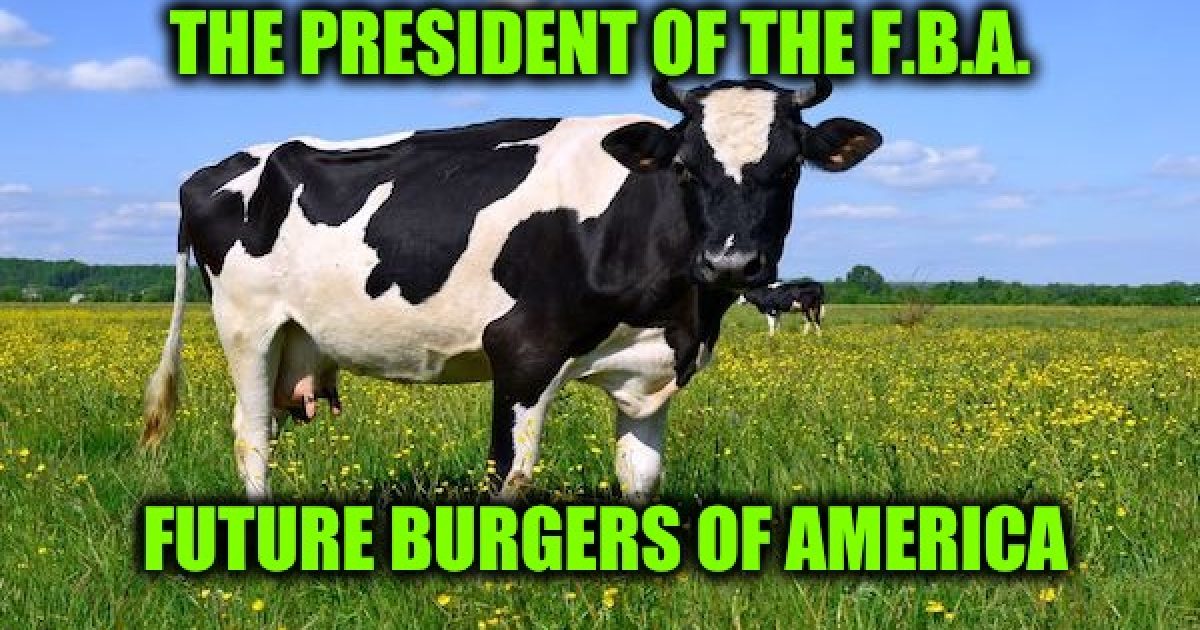 Maybe Paul Koretz has some sort of disease that makes him crazy. If he does, well— you know it isn’t mad cow disease. But there is something that’s causing him to act like a batsh*t bovine. If Los Angeles Councilman Paul Koretz has his way, the southern California metropolis will mandate at least one vegan protein option at “all movie theaters, large-scale entertainment venues, airport restaurants, zoo concession stands and some other locations in the city,” KFI Radio reported Wednesday.  Of course, it would be done in the name of fighting the unproven “climate change” hypothesis.

He also managed to link hamburgers to the wildfires the area recently experienced.

Councilman Paul Koretz introduced a motion referencing a number of studies that point to the negative impacts the meat and dairy industry has on the environment, including a University of Oxford study that found if more people in the United States adopted plant-based eating it could cut greenhouse- gas emissions from food sources by 70 percent.

“I want to make it easier for us to do better around the city, as well as provide more options for people who are already following a plant-based diet,” Koretz said during a news conference at City Hall.

Koretz said the motion will need to be examined by the City Attorney’s Office, but he believes the move would be legal.

Naturally, Twitchy said, PETA had to be reached for comment.  Ben Williamson, senior international media director for the organization, offered this nugget of alleged wisdom: “Natural disasters such as the wildfires that this great city recently suffered are a terrible reminder that we must do more to protect our planet and its inhabitants. Animal agriculture is one of the most, if not the most, significant contributor to the world’s very serious environmental problems.”

Recently I’ve been tweeting that Republicans should enjoy #Pelosi & #Feinstein while they can, because the next crop of #California Democrats are serious wackjobs.

Oh good lord.. I need a therapy burger after hearing this nonsense pic.twitter.com/NDN9IiGJ5L

Coincidentally I was eating at Jack in the Box when I read this tweet.

Does this mean I’m an arsonist? D:

They say they’re smarter than us, but I’m just not seeing it. pic.twitter.com/DVk3Hng6Tt

He’s a special kind of stupid.

He’s a special kind of stupid.

This summer beef cows (and CALFIRE) helped to save my house. How? By keeping the wild grass under control ????????

What Councilman Koretz doesn’t understand is that people will be unable to digest it all-vegan diet properly causing them to develop flatulence which is comprised of the greenhouse gas methane. Thus along with the constant rancid smell, a vegan diet will lead to a more significant accumulation of greenhouse gases.

In other words, if you believe the climate change hypothesis eating too many vegetables = human farts= global warming. Proving once again that California has become one of the nation’s leading exporters of ‘stupid.’