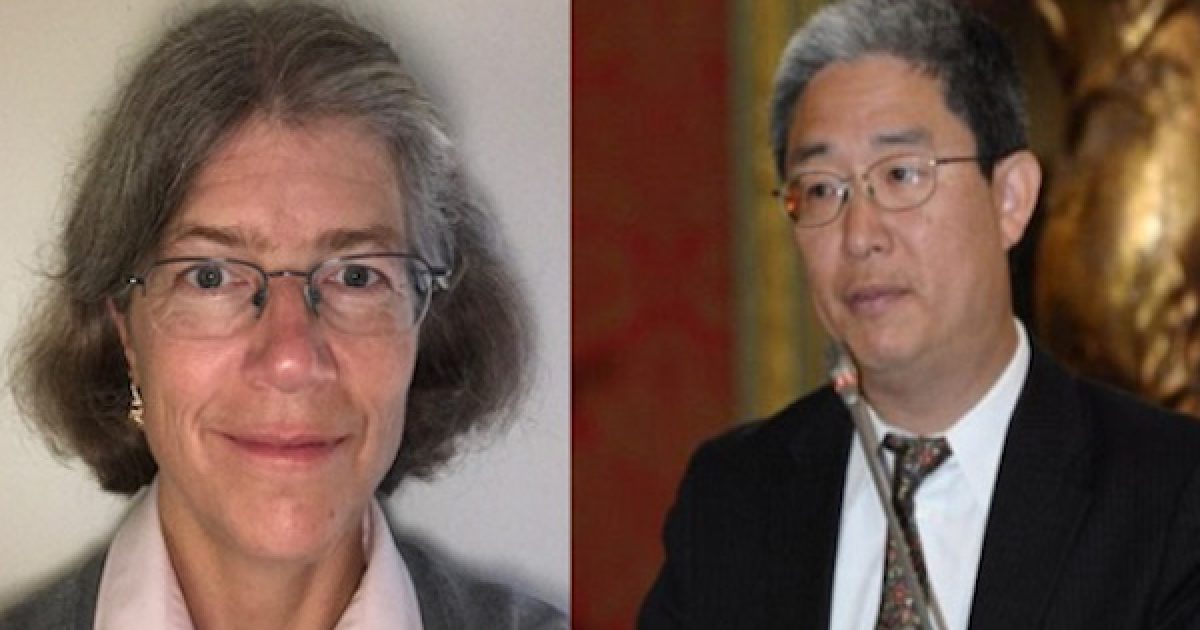 The latest story to break about the bias Mueller probe is that Nellie H. Ohr, the wife of recently demoted DOJ official Bruce Ohr, worked for Fusion GPS in the summer and fall of 2016.  Actually there is a bit more, why did she get a radio operator’s license as she began working for the company that created the bogus dossier?

I’m thinking this can’t be a coincidence.

[I]nvestigators for the House Permanent Select Committee on Intelligence (HPSCI) confirmed that Nellie H. Ohr, wife of the demoted official, Bruce G. Ohr, worked for the opposition research firm last year. The precise nature of Mrs. Ohr’s duties – including whether she worked on the dossier – remains unclear but a review of her published works available online reveals Mrs. Ohr has written extensively on Russia-related subjects. HPSCI staff confirmed to Fox News that she was paid by Fusion GPS through the summer and fall of 2016.

Nellie Ohr has indeed written on Russia-related subjects, although what I can find indicates more of a historical than a current-events focus for her work.  She seems to have had an emphasis on the Soviet era and its immediate aftermath.  As Fox indicates, she was a history instructor at Vassar for some number of years.

For me, the most interesting aspect of her biography is that she has worked as a translator.  Given her baccalaureate degree in Russian literature, her language facility is presumably in Russian.  Online sources indicate she did research in Russia in the late 1980s, which, again, would indicate a Russian facility.

We don’t know how her spoken Russian is, but if it’s functional, she looks like an ideal hire for what Fusion GPS needed in 2016: plugged directly into the DOJ, and with a language facility in Russian.  Emphasis probably on the former.

It’s of more than passing interest that apparently, after that stint with Fusion, she was working for Accenture, the management services giant, through October 2017.  According to Daily Caller, she was in the cybersecurity consulting branch, and gave a talk on a noteworthy topic that month:

She was employed at Accenture Security, the cybersecurity consulting firm, as recently as October.

On Oct. 3 she gave a presentation at the 2017 Financial Services Information Sharing and Analysis Center summit on the topic: “Ties Between Government Intelligence Services and Cyber Criminals – Closer Than You Think?”

A description of the event reads:

The past year has seen cyberthreat actors arrested, indicted or identified in intelligence reports by US and European governments that many experts believe point to potential ties between government intelligence services and cybercrime actors. In this session learn about the drivers and mechanisms between state and criminal cooperation through a case study that will explore how seemingly ordinary cybercrime can be combined with strategic espionage.

Nellie Ohr doesn’t seem to have prior cybersecurity expertise in her professional profile.  But Accenture has a number of revolving doors with federal agencies, think tanks, and consulting firms in the D.C. area, and donates money to politicians right and left.

The company may be best remembered by the public as the one that stepped in — without a competitive bidding process — to rescue the collapsing Obamacare website.

But Accenture also partnered with the Obama administration to address the global refugee crisis, mainly by importing refugees on work visas to work jobs in the United States.

All of that has the usual feel to it, and doesn’t seem to have much to do with the history and politics of Russia, per se.

But Ms. Ohr also obtained a particular type of license in May 2016 — a heavily freighted month in the Fusion GPS-dossier timeline — apparently just before, or just as, she went to work for Fusion.  She acquired from the FCC an amateur radio operator’s license.  The licensing document indicates that it’s the first one she had obtained.

The date of the license is 23 May 2016.  Maybe it’s just a coincidence that she got her first amateur radio operator’s license just at that particular time.  Perhaps her interest in amateur radio reached its zenith in the late spring in 2016, and she finally decided to do something about it.

As the screen caps illustrate, her classification is Technician Group D (novice), and is eligible to use radio service “HA – Amateur,” described here.

For reference, according to sources in the UK cited by news outlets like the Independent, Christopher Steele’s contract with Fusion GPS started in May 2016.

Sources familiar with Mr Steele’s work said his for Fusion GPS started in May 2016 and stopped with the election.

And, of course, as the timeline I compiled in October indicates (link above), the Hillary Clinton campaign and the DNC hired Fusion GPS, through the law firm Perkins Coie, in April 2016.

It may be significant as well that the cyber intrusion on the DNC email system was detected on 29 April 2016 (see the timeline).  We need not get fanciful, or ahead of ourselves, but one can obviously think of more than one reason why the use of amateur radio for communications with certain parties might have seemed like a good idea at that point, to at least some of the people involved.

It’s worth looking into.  Let me put it more strongly: only a fool would fail to look into it.