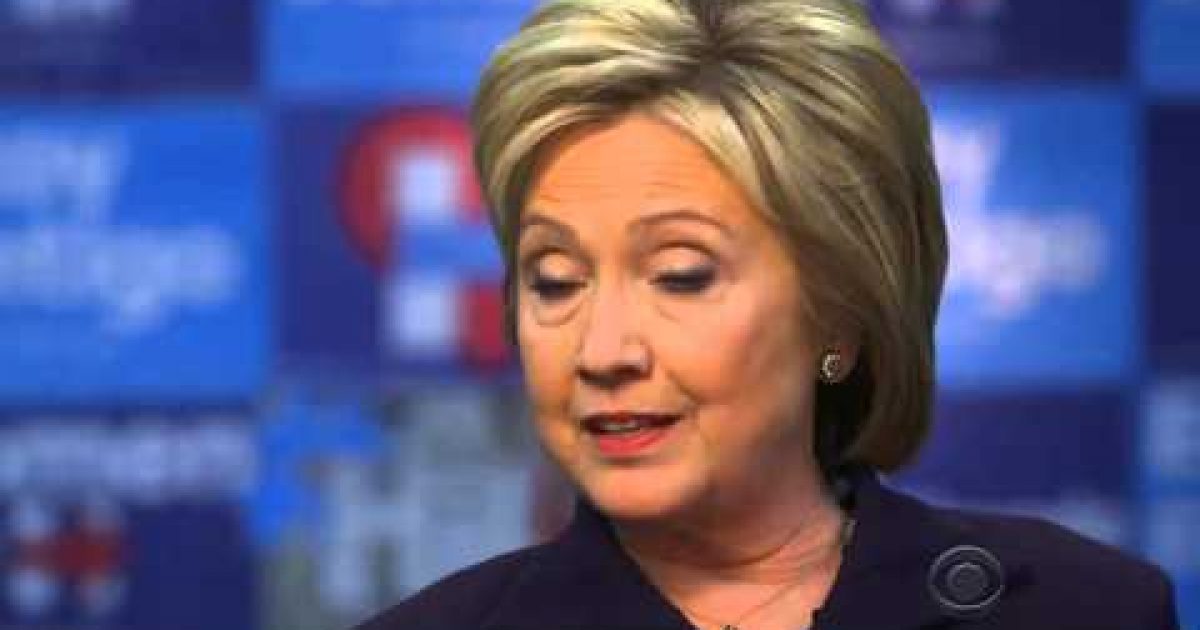 Is Hillary Clinton getting honest?  In an interview with CBS’s Scott Pelley today she wouldn’t say that she isn’t lying to America. How ironic, she refused to lie about lying.

Instead of answering the question with a simple yes or no, Ms. Clinton tapped danced around the question.

Clinton: Well, I have to tell you, I have tried in every way I know how, literally from my years as a young lawyer, all the way through my time as Secretary of State to level with the American people.

Pelley: You talk about leveling with the American people. Have you always told the truth?

Clinton: I have always tried to, always, always.

Pelley: Some people are going to call that wiggle room that you just gave yourself “always tried to.” I mean Jimmy Carter, “I will never lie to you.”

The fact Hillary Clinton felt the need to waffle on a question about whether she is a liar is precisely why two-thirds of the American people think she’s dishonest and untrustworthy.

The most recent NBC/WSJ poll reported, “A third of Democratic primary voters say the issue of honesty and trustworthiness matters the most to them when choosing a candidate. Sanders is winning that group 48 percent to 19 percent for Clinton”

Today’s obfuscation is just one more example of why people don’t trust her.   Watch the Clinton/Pelley interview below.