Whites, Men, Republicans, And Other Scum 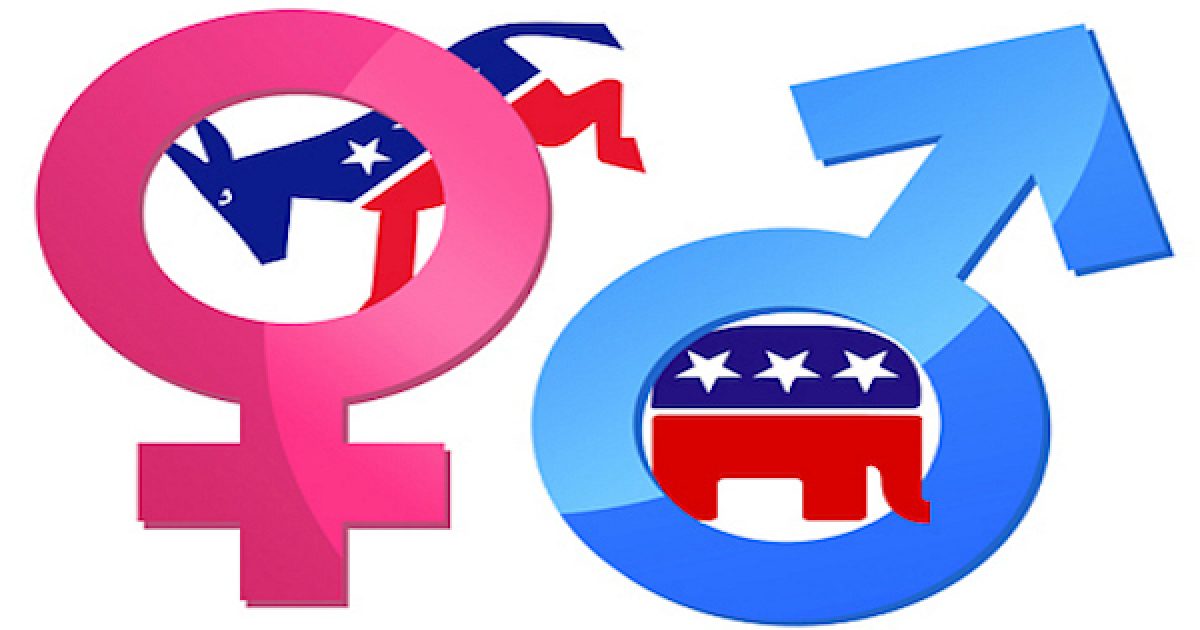 To listen to political liberals psychologists and demographers, women are “abandoning the Republican Party” and voting for progressive policies because “they care about reproductive rights.”

The implication, at least, is that “the gender gap in American politics” is related to something women possess in greater abundance than men: virtue.

Put bluntly, women believe they have a right to have their uteruses suctioned at society’s expense. For this, they are portrayed favorably by those citing these proclivities.

Whereas women are depicted as voting from a place of virtue, men are described by the same cognoscenti as “sticking with the Republicans” for reasons less righteous.

Men are “buttressing the Republican party,” complained the Economist, in an article claiming to “mansplain” why male voters—young even more so than old—are sticking with the GOP.

If not for men, the party “would otherwise be falling over.” As spare and as strong as the Economist’s text always is; the writer was unmistakably cross.

Academics conducting surveys no longer stick to reporting the trends observed in their often-dubious data, but attach value judgments thereto.

Their default bias in the matter of the yawning “gender gap in American politics” is this: Support for the Republican Party is wrong, perhaps even wicked. By a leap of illogic, the reasons for such support must surely lie in the dark recesses of the male mind.

In search of such confirmation-bias, you have to wonder how our brainiacs would dismiss Republican women? Let me guess: Unlike men, women are good. Therefore, if they vote Republican it must be because they’re still oppressed by the patriarchy (if only).

Research methodology has moved away from impartially reporting emerging trends, and toward attaching value-judgments to them. These come in the shape of fancy sounding constructs. Most are purely political.

The nebulous concept of “status threat,” in this case, is galvanized by ill-intentioned and intellectually ill-equipped academics, to cast men as bad actors.

When men depart from the “righteous” electoral choices taken by females and exhibit a preference for the Republican Party—they are said to be acting because of an unseemly fear that women will usurp them to take their rightful place in the world of work. Or so researchers posit.

As any researcher worth his salt should know, there are reasons other than “status threat” to vote for the Republican Party (in as much as these men don’t yet recognize the GOP for what it is: a party of quislings who seldom keep promises).

For instance, men are being crowded out of colleges; 56 percent of college students are women. And, merit be damned, company human-resource departments now put a premium on recruiting women over men.

Survival, not necessarily status, is at stake. That sort of thing.

From the smart set comes the same type of response to the demographic implications of mass migration.

Everybody, the Republican Party establishment excepted, knows that Trump voters voted because of immigration. Deplorable Americans sense that their country’s slipping away. They no longer recognize their communities.

Accompanying this transformation are strict instructions to accept, never question, the “browning of America” (in the words of a progressive at Vox.com). For this is “some vast natural process,” as Steve Sailer puts it. It’s “like the drift of the solar system through the Milky Way.”

Prosaic types that they are, deplorable Americans are not feeling the poetry. Becoming aliens in their own homeland is no fun. For these pitifully small expectations, they’re labeled “nativists, “racists” and “bigots.”

For once, however, “Ezra Klein, founder of Vox and paladin of mainstream Democratic thinking,” avoids passing ad hominin for analysis.

Instead, Klein has at least described the political effects of putting the American majority on the road to political extinction.

Without once saying “nativist, “fascist,” “racist” or “tribalist know-nothings,” Klein admits that “demographic change is fracturing our politics,” and that whites feel threatened by “the browning America.”

Klein’s essay “suggests a bit of a step toward realism among Establishment punditry,” concedes Sailer.

Again, to explain voting patterns, Klein has avoided brandishing political constructs like “status threat” as weapons to shame. Rather, he practically admits (although doesn’t quite state) “that white Americans are slowly waking up to the fact that they don’t really want to get pushed around by newcomers just for being white.”

Progressives, alas, seldom progress. To the rest of the commentariat of CNN, MSNBC, BBC, wanting a place you can call home while white is … racist.

Klein certainly won’t completely disappoint his prog peer group. To overcome that lamb-to-the-slaughter dread the majority harbors, Klein advises elites to “lie harder” to Americans. Isn’t California an excellent example of the glories of an inevitable majority-minority transformation?! Klein certainly thinks so (and says as much).

Name calling remains the purview of the Economist, which is forever grumbling about Trump’s “white-identity politics.” (Or the Russians.)

However, without exception and without let, progressives—one-worlders, open-border wonders that they are—celebrate that nothing Mr. Trump can do “will interrupt how America is changing.”

This “combination spells a long-term disaster for [the Republican] party,” gloats the Economist.

Ilana Mercer has been writing a weekly, paleolibertarian column since 1999. She is the author of “Into the Cannibal’s Pot: Lessons for America From Post-Apartheid South Africa” (2011) & “The Trump Revolution: The Donald’s Creative Destruction Deconstructed” (June 2016). She’s on Twitter, Facebook, Gab & YouTube