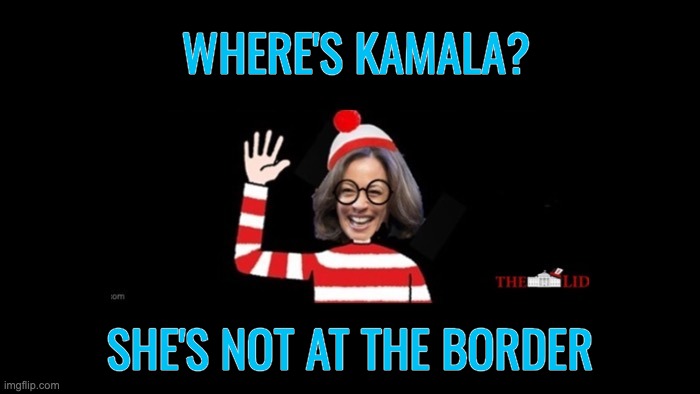 Early in Vice President Kamala Harris’ first term in office, the California Democrat was appointed to the all-important position of Border Czar at a time when our nation was struggling mightily with the issue of illegal immigration.

To put it bluntly, there is a humanitarian crisis on our southern border as tens of thousands of migrants continue to stream into America, placing an economic strain on cities like El Paso, Texas, and fueling the illegal and immoral human trafficking industry south of the border.

Harris, for her part, spent 90 days after her appointment avoiding a visit to the border and drawing the ire of Americans from coast to coast.

In the ensuing 8 months, Harris has made little to no progress on the issue whatsoever, and even the White House can’t seem to explain what, if anything, the Vice President is doing to remedy the situation.

The White House said Monday that it was unable to describe what Vice President Kamala Harris is doing to address the “root cause” of mass migration to the southern border, one of the major issues in her portfolio.

Just how little could the White House describe the situation?

“I don’t have anything to lay out specifically on what that work looks like,” press secretary Karine Jean-Pierre said when asked about Harris’s role at a briefing Monday.

Jean-Pierre referred further questions about the vice president’s work to her office, which did not respond to a request for comment from Fox News Digital.

Recent reports from Mexico have suggested that as many as 40,000 migrants are staging themselves for a caravan north to the border, adding a rather poignant urgency to the situation.