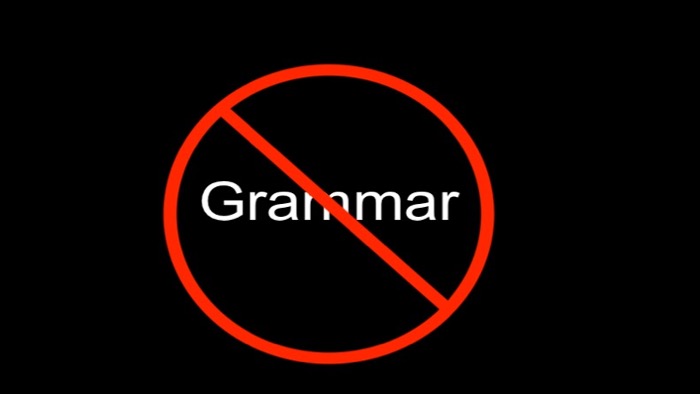 NOW they tell me! Remember, in your school days, an essay would have two grades? One for content and the other for grammar. I went through a dozen years earning the same grade: A+/F-  Now I have learned that grammar shouldn’t count. In Fact, it’s so racist it shouldn’t be taught at all. I wish I had gone to school in California.

A white teacher in a California high school has been seen claiming that she won’t teach proper English because grammar is “white supremacy.”

Marta Shaffer teaches English at Oroville High School, but in a social media post, she said she is “inclusive of all kinds of ways we use the language” because speaking or writing English properly is racist.

“I try to undermine that B.S. in my classroom as much as I can,” she said in a video highlighted by the Twitter account LibsofTikTok.

Fox News Digital identified Shaffer as the teacher in the video and reached out to Oroville High School for comment but didn’t receive a response.

She said, “We study linguistics and the rules that we actually use to communicate instead of the made-up rules that White supremacy created for when we write papers and stuff, which is what scholars call the ‘language of power.’”

“As an educator I am constantly worried if I’m the problem. What do I mean by that? Well public education is an institution that upholds lots of problematic systems in our society like white supremacy, and misogyny and colonization, etc,” she continued. “Well, let’s look at how we write essays [where we] start with an introduction that includes a thesis, always cite your sources, use transition words like ‘however’ and ‘therefore.’ These are all made-up rules. They were created by Westerners in power. Which got me thinking, what if I started my school year with a unit honoring how we talk rather than teaching students how to write properly.”

These kinds of dangerous nutcases destroying the educations of every kid unfortunate enough to encounter them need to be excised from our school systems in every corner of this country. And don’t imagine this only happening in California or New York for a second. This is happening in nearly every classroom in every state.