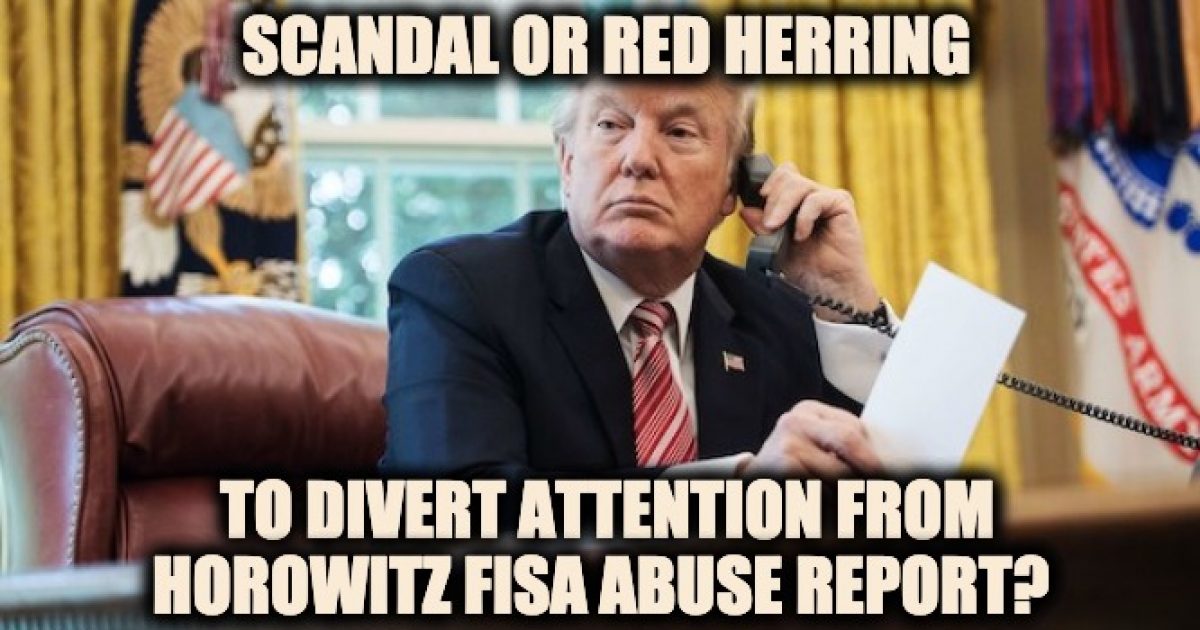 After the Russiagate hoax didn’t work, and the fake racism charges fell to the wayside, the anti-Trump movement came up with the Ukraine phone call whistleblower scandal in their efforts to push Donald Trump out of the Oval Office.  What they didn’t anticipate is that the scandal is snapping back on Joe Biden, the Democratic Party, and the Hillary Clinton Steele Dossier may be the next to receive a dose of Ukraine whistleblower hoax Karma. And in the end, the entire phone call scandal may just be a way to divert attention away from the upcoming Horowitz report regarding FISA abuse.

The wheels continue to fall off the whistleblower story, who even CNN admitted never actually had any direct knowledge of the ‘upsetting’ conversation…Ukrainian Foreign Minister Vadym Prystaiko who does have direct knowledge denied reports that President Trump pressured Ukrainian leader Volodymyr Zelensky, “I know what the conversation was about, and I think there was no pressure.

In 2016 Ukranian officials were trying to make Hillary Clinton president. Part of that effort involved supplying information to Christopher Steele for his anti-Trump dossier.

Nellie Ohr testified to Congress that some of the dirt she found on Trump during her 2016 election opposition research came from a Ukrainian parliament member. She also said that she eventually took the information to the FBI through her husband — another way Ukraine got inserted into the 2016 election.

John Solomon corroborated that story with a reported in The Hill:

Yurii Lutsenko was Ukraine Prosecutor-General until last August 2019. But in March of 2019 he opened a probe of members of the Ukranian Parliament who aided the 2016 Clinton effort:

The inquiry was prompted by a Ukrainian parliamentarian’s release of a tape recording purporting to quote a top law enforcement official as saying his agency leaked the Manafort financial records to help Clinton’s campaign.

Along with trying to damage President Trump, there may be another reason for this whistleblower story.

Notice how the whistleblower story broke right after DOJ Inspector General Horowitz announced that AG Barr had a draft of his report about the FISA abuse, and the use of the Steele Dossier as evidence to get a warrant to spy on Carter Page?  This fake whistleblower scandal is perfectly timed to be a red herring to divert the liberal media attention away from the Horowitz report. It may be just a coincidence, but then again, I don’t really believe in political coincidences.