When Antisemites Sue The Jews 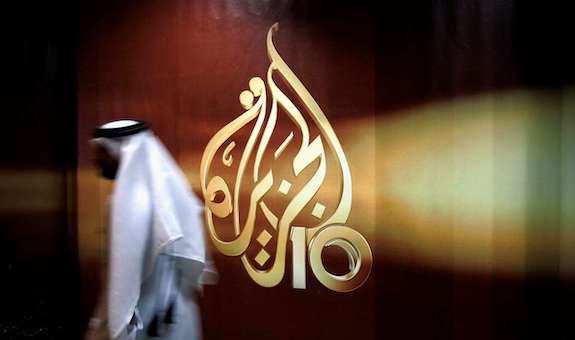 Facebook Twitter Flipboard
The Al Jazeera media network has filed suit against Israel over the accidental shooting of its reporter, Shireen Abu Akleh, last May. The history of extremists suing prominent Jews suggests that Al Jazeera may regret what its lawsuit will reveal.
The suit that Al Jazeera has filed in the International Criminal Court could shine an embarrassing spotlight on the network itself. According to the Anti-Defamation League, those who do not regularly follow Al Jazeera might be surprised to learn that it is “a major exporter of hateful content against the Jewish people, Israel, and the United States.”
The ADL points out that Al Jazeera “has sought to cast doubt upon the Nazi genocide of the Jewish people” (referring to it as “the alleged Holocaust”), “routinely glorifies violence against Israeli Jews,”; and has ranted against what it calls “the control of the Jews over the pornography industry.” Al Jazeera also has a record of “providing a platform to all manner of virulent anti-Israel and even anti-Semitic extremists” in its commentary sections, the ADL notes.
Another question is whether Al Jazeera should be compelled to register with the U.S. Justice Department as a foreign agent, just as the Russian television channel RT was required to register as an agent of the Russian government. Al Jazeera was founded by the government of Qatar, receives funding from the government, and maintains “extensive ties to the Qatari regime,” according to the ADL. Al Jazeera and the Qatari corporation for public broadcasting are overseen by the same government official, and the U.S. ambassador in Doha “determined several years ago that Qatar’s government uses Al Jazeera as a tool of Qatari statecraft,” the ADL reports.
Hearings before the ICC about the Abu Akleh case would enable the defense to ask uncomfortable questions about both the content of Al Jazeera’s reporting and the details of its relationship with Qatar.
Al Jazeera’s lawsuit against Israel is somewhat reminiscent of the legal actions initiated by the antisemitic agitator Benjamin Freedman against American Jewish organizations in the 1940s.
Freedman, a New York businessman born Jewish but embraced Catholicism, placed giant advertisements in the American press in 1946 accusing Jews of trying to “drag [the U.S.] into a war to create a nationalist sovereign Jew state in Palestine.” The ads were signed by the “League for Peace with Justice in Palestine,” accompanied by the names of Freedman, as a “representative” of “Persons of the Jewish Faith,” R. M. Schoendorf, representing “Persons of the Christian Faith,” and Habib I. Katibah, on behalf of “Persons of Arab Ancestry.”
The American Jewish Committee charged that the purported interfaith coalition was a sham. “R. M. Schoendorf” was actually Freedman’s wife, Rose, and Katibah was—as the AJC described him—a veteran “Arab propagandist” who did not represent any constituency. Freedman promptly filed suit, demanding $ 5 million in damages.
An AJC leader welcomed the suit as “an opportunity to demonstrate in court the nature and character” of Freedman and his alleged organization. The suit was dismissed before it went far enough to delve into those details, but two years later, the litigious Mr. Freedman re-opened that pandora’s box.
In 1948, Freedman’s attorney and close associate, Hallam Richardson, sued the Non-Sectarian Anti-Nazi League because one of its pamphlets stated that the two men had “long been known in the halls of pro-Fascist propagandists.” The hearings before the Manhattan Magistrates Court proved disastrous for Freedman’s side.
The defense produced a cable sent by Freedman to Haj Amin el-Husseini, the Palestinian Arab mufti and Nazi collaborator, praising el-Husseini’s “vision, courage, strength, and struggle [on] behalf [of] justice” and vowing “fullest cooperation” with the mufti’s war against the Jews. The defense also revealed a document in which Freedman reported to an associate that he had recently “negotiated [the] immediate establishment” of a “sub-machine gun factory” in Pakistan. On the witness stand, Freedman refused to explain how the machine guns were to be used.
Freedman made for a colorful witness, not least because he kept shooting himself in the foot. In one outburst, he denounced the journalists covering the trial as “lice.” He also used the insulting term “Jew state,” for which the court repeatedly admonished him.
Nor did it help that Freedman’s colleague and attorney, Hallam Richardson, had worked with one of the era’s most notorious antisemites, Joe McWilliams, of the “Christian Mobilizers” movement. “When [Richardson] talks about representing McWilliams, of course, he has the right to represent him,” the judge remarked. “But when he becomes an associate of McWilliams, the notorious hate-monger, he has very little to complain about.”
Not surprisingly, the judge dismissed the suit, finding that Freedman was “a crack-pot” and that the Non-Sectarian League’s criticism of him and Richardson was “proven to be true.”
If Al Jazeera’s directors are unfamiliar with Benjamin Freedman, this might be the time to read up on him. While they apparently believe their lawsuit will expose something unfavorable about Israel, it will more likely reveal facts about Al Jazeera that they might prefer not to be made public.
////////
Dr. Medoff is the founding director of The David S. Wyman Institute for Holocaust Studies and the author of more than 20 books about Jewish history and the Holocaust. His most recent book, America and the Holocaust: A Documentary History, was published by the Jewish Publication Society of America / University of Nebraska Press. And available on Amazon(as are his other books).
Facebook Twitter Flipboard