What’s The Deal With The 11/1 Israeli Election? 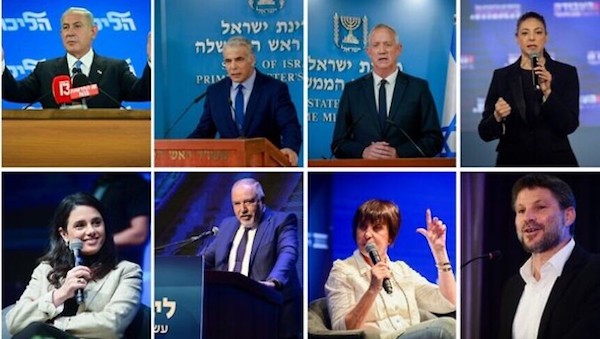 On the first day of November 2022, the nation of Israel will hold its 5th election in three and a half years, just like the previous four. Tuesday’s election will be exciting and maybe controversial.

Israel has a unique parliamentary system. Voters don’t vote for a candidate. They vote for a list (party). Each party submits a list of candidates in order of their preference to be in the Knesset (parliament). So if ג’ו שמו (Joe Schmo) is on a party’s list at #5 and the result of the election gives his party only 4 seats,  the first four members of the list get Knesset seats, Mr. Schmo gets nothing. No party’s votes get counted unless it receives at least 3.25% of the vote. Those unused voters are not divided among the remaining parties. They basically get tossed into the trash.

In some ways, the Israeli elections are different from those in the U.S. Many in America are tired of the two-party system and are longing for a robust third party. Those people would be ecstatic in Israel. For example, in this election, Israelis will have a choice of 12 parties (actually, there are quite a few other parties, but I have a better chance of attaining the 3.25 threshold than they do).

In the 24 Israel elections before this one, no party received enough votes to get a majority in the Knesset. Every government in Israel’s history has been a coalition.

Bibi Netanyahu was the PM from 1996-1999, returned in 2009, and left in 2021. While he formed a coalition to rule in five elections, his party got the most seats in the next two elections, but he couldn’t rally enough parties to create a 61-seat coalition.

There is a parallel between the coming Israeli and the 2020 election here in the U.S., where many of the Biden voters fit in the category of never-Trump voters. The best way to look at this Israeli election is pro-Bibi led by Netanyahu vs. never-Bibi led by the present Prime Minister. The twelve parties are: 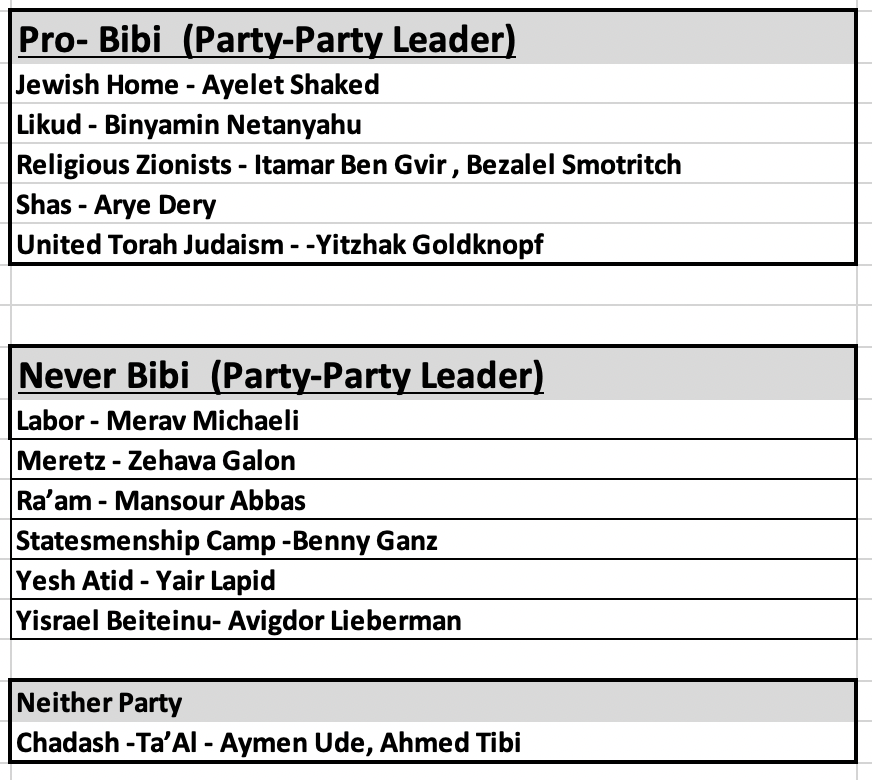 Per Israeli law, no polls can be released closer than 4 days before an election.

Based on the polls from four days before the election, the pro-Bibi bloc will end up with around 60 seats, and the anti-Bibi Lapid bloc around 56. Even if those polls are pretty accurate, they don’t necessarily predict the final results because shifting one or two seats can change everything.

The election is just the first part of the political process. Depending on the results, once the votes are counted, the politics truly begin. Unless one of the two blocs receives enough votes to get 61 Knesset seats, the horse-trading begins.

For the Americans who are reading this, do you remember all the deals that were made in the Senate to pass Obamacare, like when Nebraska Senator Ben Nelson got all the extra benefits for his state to change his vote? Well, folks, you ain’t seen nutting yet!

If the election doesn’t produce a bloc with 61 starts, negotiations will begin for cabinet positions, policies, etc., all in the name of building a coalition of 61+

The opinion here is that the parties in the pro-Bibi and never-Bibi blocs are not switching sides. Like in the 2020 U.S. Presidential election,  votes are not based only on policy but personality. In the end, the 5th election in three and a half years will become the 6th election in four years.

For those who pay attention to the Israeli election,  fasten your seat belts because the next few weeks will be very interesting.