Kidnapped? That Wasn’t Joe Scarborough On His Show Today 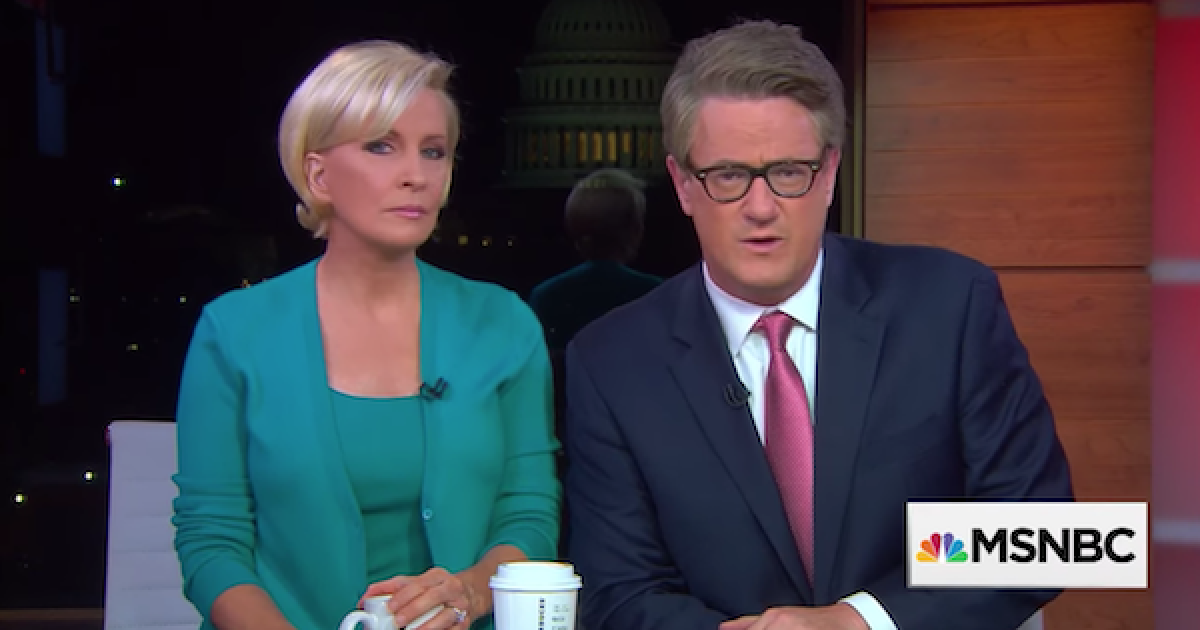 It’s not that what he said was wrong, but what he said was so unlike him. Joe Scarborough must be ill, or perhaps he was kidnapped and replaced by an impersonator. This morning MSNBC host Joe Scarborough thanked President Trump for the listening session he convened Wednesday with school shooting survivors and their families saying “it was the White House who got it right by listening.”

Yesterday was a remarkable day,” Scarborough said. “First of all, and I haven’t said this very often since the president was sworn in, but thank you, Mr. President for what you did yesterday, and letting these people speak.”

See what I mean? Instead of his usual ad hominem attacks on the president, he was honest and fair.   But this is the morning show host who stopped being a conservative when he started sleeping with his very liberal co-host sounded like the old Joe Scarborough.

Even his very liberal co-host Mika Brzezinski, the daughter of the man who helped give us the Taliban, also praised the president’s “attempt to show empathy.”

Former RNC chairman Michael Steele, who hasn’t had anything nice to say about the GOP since he was booted from the party chairmanship had nice things to say, “The president, to his great credit, gave that voice yesterday in a way we have not seen before,”

Perhaps the entire cast was kidnapped. Listen, after watching the video of the Morning Joe Segment, please look for Joe, Mika, and Michael Steele. Obviously, it wasn’t them on Morning Joe today, their families must be so worried.