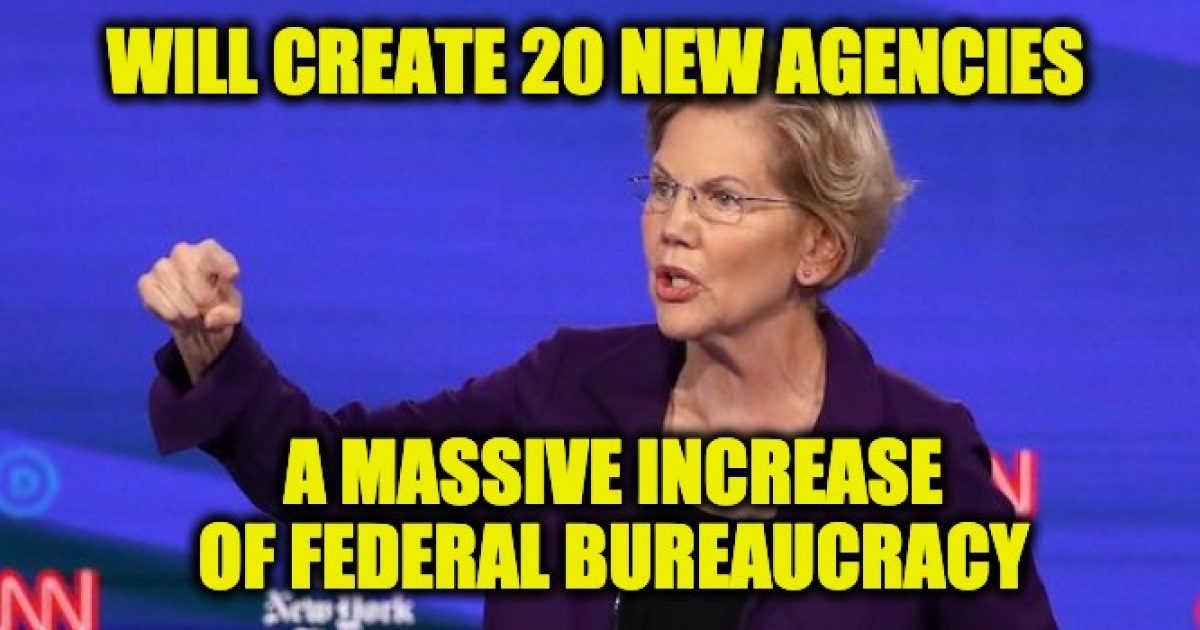 The welfare of the people, in particular, has always been the alibi of tyrants: Albert Camus Warren’s Proposals

Elizabeth Warren’s campaign proposals would create a glut of federal agencies resulting in an increasingly massive and oppressive bureaucracy that will move the United States toward a socialist economy.

If enacted, her programs will create at least twenty new federal agencies–and that doesn’t include the agency to grab her a beer when she is making a youtube video, and her husband isn’t around.

What these programs represent is a big government takeover of our lives–socialism:

Per Fox News, these government takeovers of society programs include:

Fauxcahontas’ move toward socialism by creaing and funding 20 more agencies increasing government control and moving our economy toward socialism will destroy the economy.  Despite what Warren says, these programs cost money, and the money will come out of taxpayer pockets—not just the pockets of the rich, but everyone’s pockets.

We know that the Trump tax cuts, along with getting rid of excessive regulation, helped to make the economy hum. Twenty new agencies will create new regulations and taxes and will slow down the economy.

Folks whether Elizabeth Warren or any of the other candidates, their election would result in bigger government and new regulations, and an authoritarian bureaucracy that will run your lives.  They will make the US take a giant leap leftward toward socialism.

That is your 2020 choice tyranny of the left or liberty of the right. I choose liberty.