The Raid Was Like Someone Forgetting To Return A Book, And The Library Police Show Up At Their Home Wielding A Bazooka. 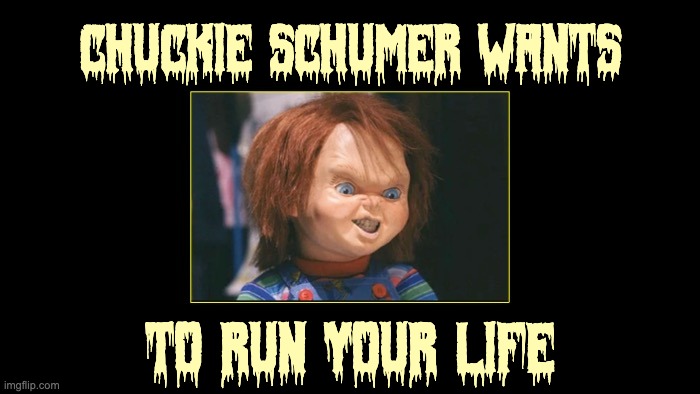 war on all Americans

If Trump decides to run again, it is not the government’s decision whether you can vote for him or not. But with the raid on Mar-a-Lago, the Democrats are trying to block Trump from running and take that decision out of voters’ hands. But that won’t be the only thing. Chuckie Schumer’s anti-Freedom act will give the government more power and more than double the size of the IRA so they can take away your money.

With word of the predawn FBI raid on Trump’s Mar-a-Lago residence on Monday, it has become apparent that the agenda to destroy Trump and control all the American people is on a roll. And they could be going into your home next. And don’t forget the Democrats have a law waiting in the wings to allow our socialist monitors to hire 87,000 IRS agents for enforcement. Couple that with 5 million rounds of ammunition and thousands of guns; you have an extreme scenario worthy of nightmares. Are they looking for war with all Americans who demand freedom or only with a man who refused to belong to the D.C. Swamp?

The FBI raid at Mar-a-Lago was designed to prevent Trump from running for President again. Because in their minds, God forbid Americans to have the choice. If they can charge him under U.S. Code Title 18, Section 2071, which has to do with records that are required to go to the National Archives, so he can be barred from office. The FBI even broke into (or “cracked”) his private safe to get what they were looking for (and it was empty). Having 40 FBI agents raid an ex-president’s house because of the Presidential Records Act is like someone forgetting to return a book, and the library police show up at their home wielding a bazooka.

For them to do any of it, AG Merrick Garland, FBI director Christopher Wray, and a judge had to sign off on the search warrant. It seems that someone President Trump trusted may have- and probably did- set up this as a hedge to destroy Trump from running again. As it became more apparent that he would run again, it became time to act.

The January 6 committee has been hell-bent on destroying Trump and anyone who supported him from the beginning. Has ANYONE ever asked them why there were no counter-protesters visibly present on January 6, 2021? Every other right-wing rally or protest always had leftists. Why is that? Because some were planted in the crowds along with FBI and informants to work the crowd into violence. It was a set-up.

Do they plan to audit every person who gave money to get Trump elected? It’s a start. When the Republicans wanted to add an amendment to the Do Nothing About Inflation Act, which limited the new IRS personnel from auditing people who made less than $400K a year per Biden’s promise Schumer’s lemmings voted it down—because Biden’s promise that he will just only squeeze the last pennies from “the rich who don’t pay taxes that was bull.” Face it, folks, they are coming after us “regular” people.

war on all Americans