Americans Feel That Biden Has Created A Massive Crisis At The U.S. Border With Mexico And Most Of Them Want Trump’s Policies Restored. 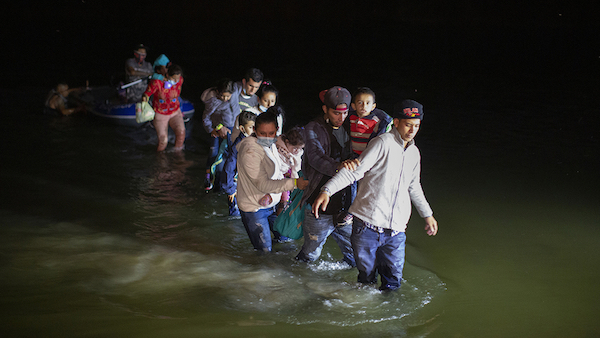 A new poll by Harvard University/Harris has found that many Americans feel that Biden has created a massive crisis at the U.S. border with Mexico. Most of them want Trump’s policies restored.

The Harvard/Harris poll found that 80 percent of respondents feel that Joe Biden and Kamala Harris are not treating the problem seriously enough.

Since it took Biden and Harris 156 days to make a trip to the border, it is clear that they haven’t been all that interested in the problems there. Meanwhile, it seems that every other week, Biden is announcing new policies to further weaken our immigration laws.

Just last week, for instance, Biden sent messages to illegal aliens previously deported during the Trump administration that they should come right back to the border, and he’ll let them in with little fuss.

Worse, U.S. Customs and Border Patrol announced that encounters with illegals is now up 675 percent during Biden’s administration.

The Harvard poll went on to show that 68 percent said Biden is encouraging illegal immigration, while 55 percent said that former President Trump’s tough border policies should have remained in place.

“Sixty-four percent of registered voters want the Biden administration to issue new, stricter policies to reduce the flow of people across the border. Only 7% of voters could accurately call out the number of monthly illegal immigrants crossing into the U.S., with 84% underestimating the number, suggesting we should expect stronger voter reactions if the crisis evolves further. Overall, 74% of voters view the current surge in illegal immigrants as a crisis that needs to be addressed immediately, and 56% do not view climate change, racism, and sexism as root causes of migration from South and Central America,” Pollster Mark Penn said of their poll.

On the bright side Vice President, Kamala Harris did go to the border last week. Well …it was a city on the border, 800 miles away from the border crisis. Harris visited El Paso, right on Texas’ Western tip, with a much quieter border situation. El Paso has one distinguishing feature that makes it different from Rio Grande Valley, where the border crisis is festering—El Paso has a border wall. And while she was there, she blamed former President Trump for the border crisis.

The American public wants the Biden administration to solve the border crisis that Biden created. And they want it solved by returning to Donald Trump’s policies, not because of politics, but because they worked.