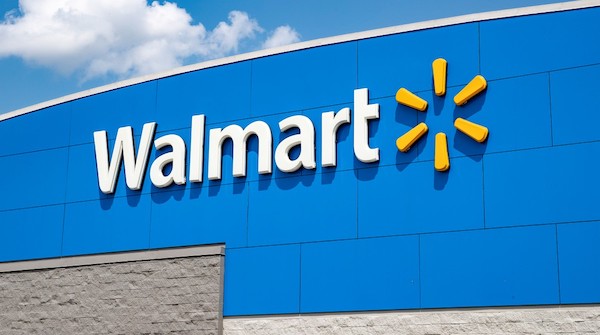 During the recent midterm election, Republicans claimed crime was becoming a significant problem in the country. Democrats responded with a claim that Republicans were exaggerating for political purposes. Do they still believe that the crime problem is exaggerated for political purposes when crime is forcing America’s biggest retailer, Walmart, is threatening to make major changes because of crime?

Walmart CEO Doug McMillon said Tuesday on CNBC’s “Squawk Box” that theft is higher than what it has historically been.

Walmart stores across the U.S. are grappling with an uptick in shoplifting that could lead to higher prices and closed stores if the problem persists, Walmart CEO Doug McMillon said Tuesday.

“Theft is an issue. It’s higher than what it has historically been,” he told CNBC’s “Squawk Box.”

“We’ve got safety measures, security measures that we’ve put in place by store location. I think local law enforcement being staffed and being a good partner is part of that equation, and that’s normally how we approach it,” McMillon said.

And it’s not just Walmart. Other national chains are in similar situations:

“Target projects it will lose $600 million by the end of its fiscal year. And Walgreens has started closing theft-ridden stores including in San Francisco”

“This is happening all over the country,” said University Of New Haven Criminologist, Professor Daniel Maxwell. “That is becoming an epidemic. This kind of loss; they call it ‘shrinkage.’ And that’s either shoplifting or employees that are stealing things from the stores.”

If Walmart closes its problem stores, the California Retailers Association says it’s a problem for the communities they serve.

If that’s the only game in town, so to speak, and they decide to close up, now you have a community that is in a food desert or a medication desert,” said Maxwell.

It’s not just major retailers, not by a long shot.

“There are hundreds of small retailers that are closing their doors every day because of retail theft as well,” said Michelin.

According to some people who work for Walmart now, along with former employees and some customers believe, the theft problem is a result of fewer cashiers. The cashiers have been replaced by self-checkout lanes. “To be sure, Walmart still uses cashiers at stores across the U.S. Walmart, and many other retailers have increasingly relied on automation as a means of improving customer experience and reducing labor costs.”

Security experts concur that self-checkouts make it harder to deter theft. Matt Kelley, a loss-prevention expert at the security-solutions company LiveView Technologies, told Insider that it’s “definitely very valid” to think self-checkout, which he said most big-box retailers had implemented in some form, had led to more thefts.

“For the most part, retailers have been thinking about self-checkout through a financial-savings and customer-experience perspective,” Kelley, who previously served as a senior manager of asset protection at Home Depot, said. “But inherently, that means there’s going to be less eyes on a transaction. And there’s going to be more of an opportunity for the dishonest people to be dishonest.”

The evidence suggests the crime problem is hurting retail across the country and will result in fewer places to shop in their neighborhoods and higher prices. This doesn’t seem like a good result, especially when the U.S. economy is in a recession or on the precipice of one.

There is nothing to worry about despite the evidence, according to many Democratic candidates in the recent midterms. Those and other Democrats believe the crime issue isn’t real. To them, the actual issue is Republicans are exaggerating the crime issue and are concerned about it only for political purposes.