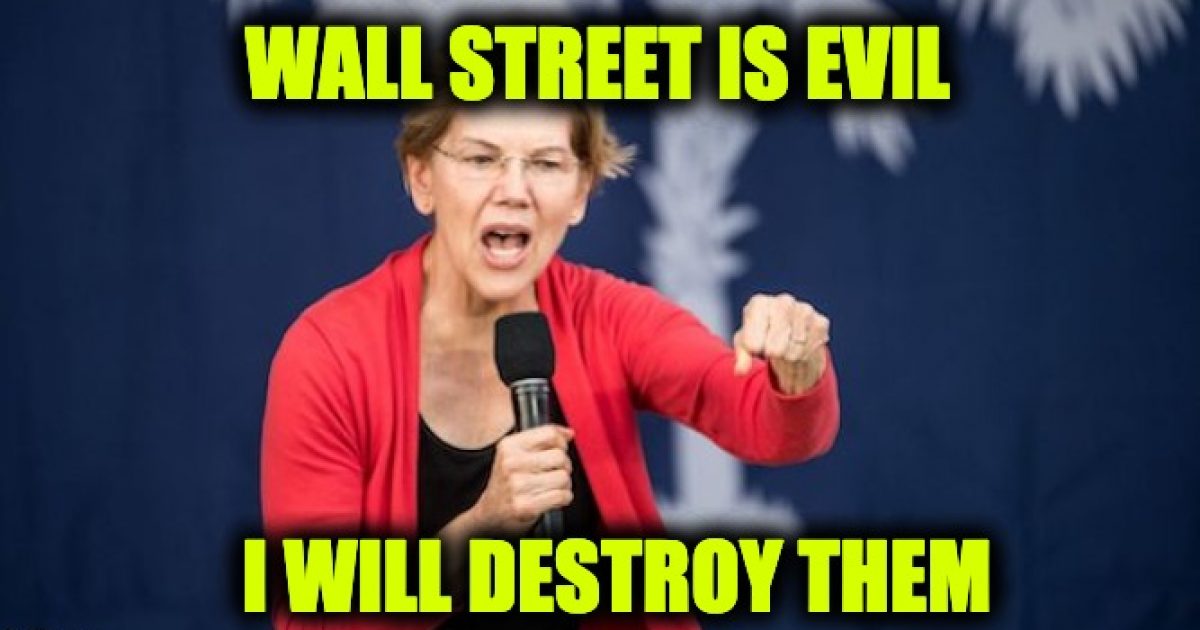 Wall Street donors are so worried about Elizabeth Warren that they are snubbing Democrats in 2020 Senate races.

The bitter feud between Warren and Wall Street is spilling into Democrats’ efforts to take back the Senate next year, according to CNBC.

Wall Street bankers and financial bigwigs are scaling back their donations to the Democratic Party, according to a new report from CNBC, and Sen. Elizabeth Warren (D-MA) is likely to blame.

CNBC reports that Wall Street executives have told Sen. Chuck Schumer (D-NY), the primary recipient of their largesse, that they are temporarily restricting their generosity over “their concerns with Warren becoming a front-runner in the race for the party’s presidential nomination.”

It’s a move likely to have direct consequences. Democrats want to retake the Senate and keep the House in the 2020 elections — in addition to winning back the White House — and without big-money donors, significant gains in either house of Congress are unlikely.

More moderate Democrats may be in great danger, too, if they aren’t cashing Wall Street checks. Many of the Democrats who count on Wall Street money to finance their campaigns are facing primary challenges from the left, and the lack of cash on hand leaves them vulnerable to Democratic socialist candidates who can run on shoestring budgets with the help of national non-profits. More

Democrats have for decades said when Republicans are in office the rich get richer and the poor get poorer. This is the mentality of the current Democratic field which is an idiotic position. Capitalism offers opportunities to anyone who is willing to work for it.

Maybe Sen. Elizabeth Warren needs to learn to not bite the hand that feeds her. She constantly vilifies Wall Street and billionaires as the enemy of the country with her “fair share” and higher taxes rhetoric. Her policies would destroy our economy.

Maybe the guys who understand the math realize how bad her plan would be for entire economy.