71 Percent Say U.S. Headed in Wrong Direction As They Wake Up About Biden 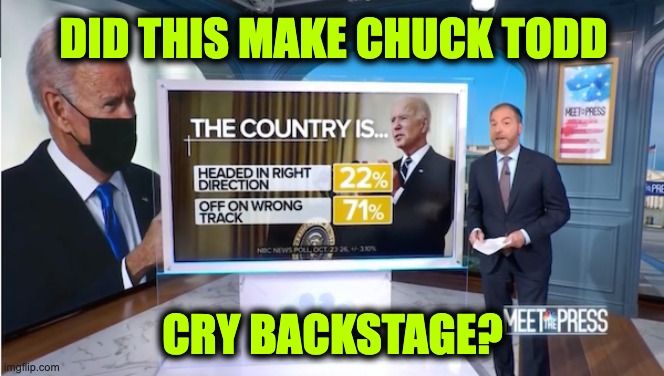 As Joe Biden’s approval rating continues to fall every week, a large majority of Americans feel that America is seriously failing, putting the Democrat Party’s control of the Senate and Congress in significant jeopardy. wakes up about Biden

Last week, a new poll by NBC, the most liberal of the liberal mainstream media, found that 71 percent of Americans feel that the U.S. A. is heading in the wrong direction as millions of voters head to the polls Tuesday for a large number of off-year and special elections.

The study found that 42 percent of respondents approved of Biden’s job performance, while 54 percent disapproved. This marks the first time an NBC poll has reported that Biden has underwater approval ratings since his election as president.

Among likely voters, his approval was not quite as low. Still, 52 percent disapproved of his job performance, while 45 percent said they approved of it.

Actually, more than the numbers, it was great to see liberal activist Chuck Todd present the poll results yesterday while trying not to gag on every word.

The numbers on the so-called COVID pandemic are not good for Biden, either. Only 51 percent of respondents said Biden is handling the response to the coronavirus well. Remember, Biden ran as the only one to be trusted on COVID. And now, he only has a bare majority approving of his actions on the virus.

That is a significant failure on Biden’s part.

Meanwhile, Biden’s approval is quickly approaching the worst of any modern president. In the NBC poll, only 40 percent approved of his actions overall. Only Trump was worse when he once reached 38 percent. However, it seems obvious that Biden will soon slip below Trump’s lowest rating. He is headed that way, after all.

Taking a look at the Real Clear Politics average of polls presents similar approval ratings as the NBC poll. 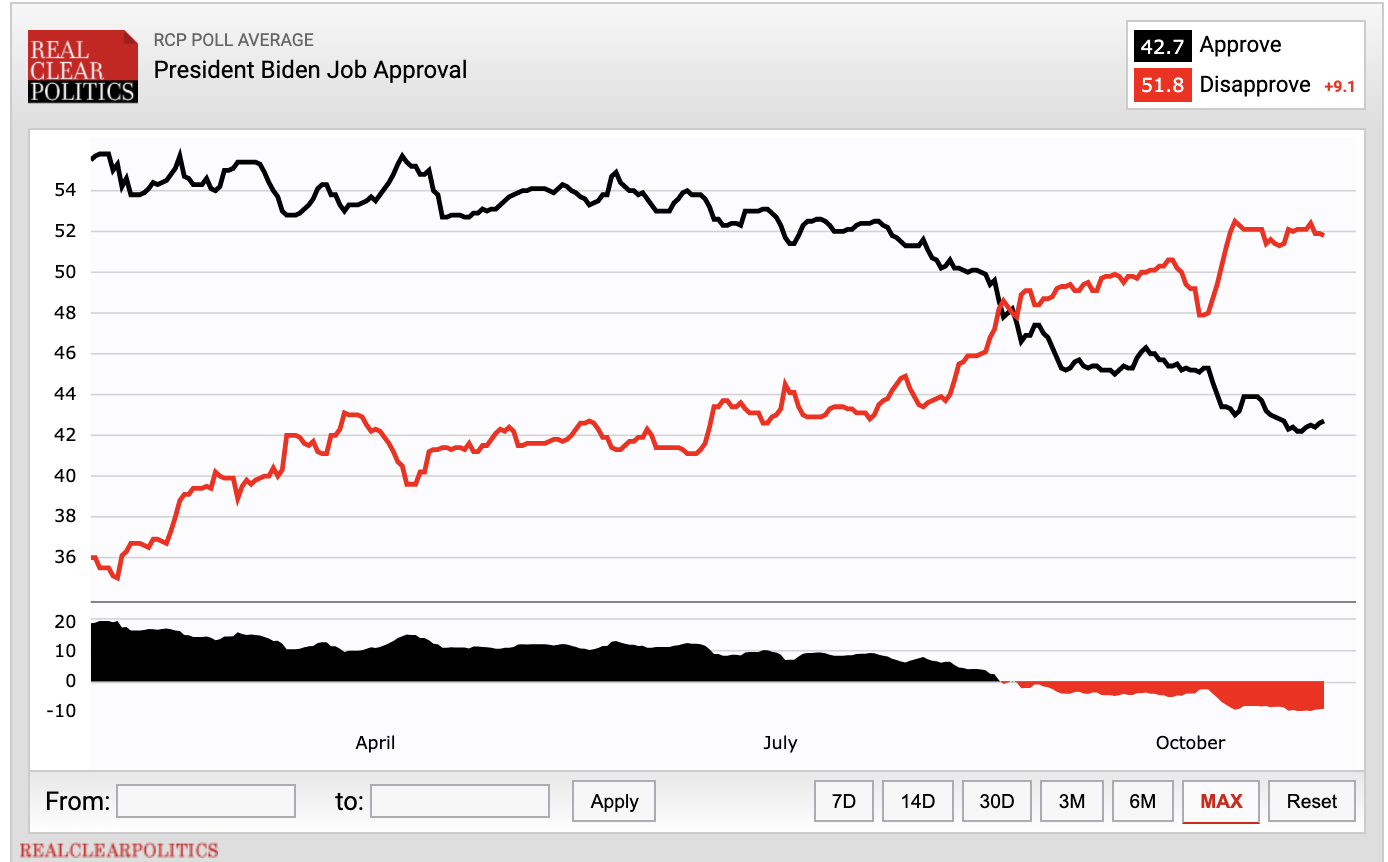 America is wising up. We need to switch control of the House and the Senate to keep America from reaching the point of no return before we get a new President in January 2025—and many of the Democrats are wishing that also.  Ed Morrissey explains it in a post at Hot Air—“Dems to Marist: Dump Biden in 2024 … and maybe in 2021, too “

Note: Parts of this post was first seen at the WashingtonExterminator

wakes up about Biden