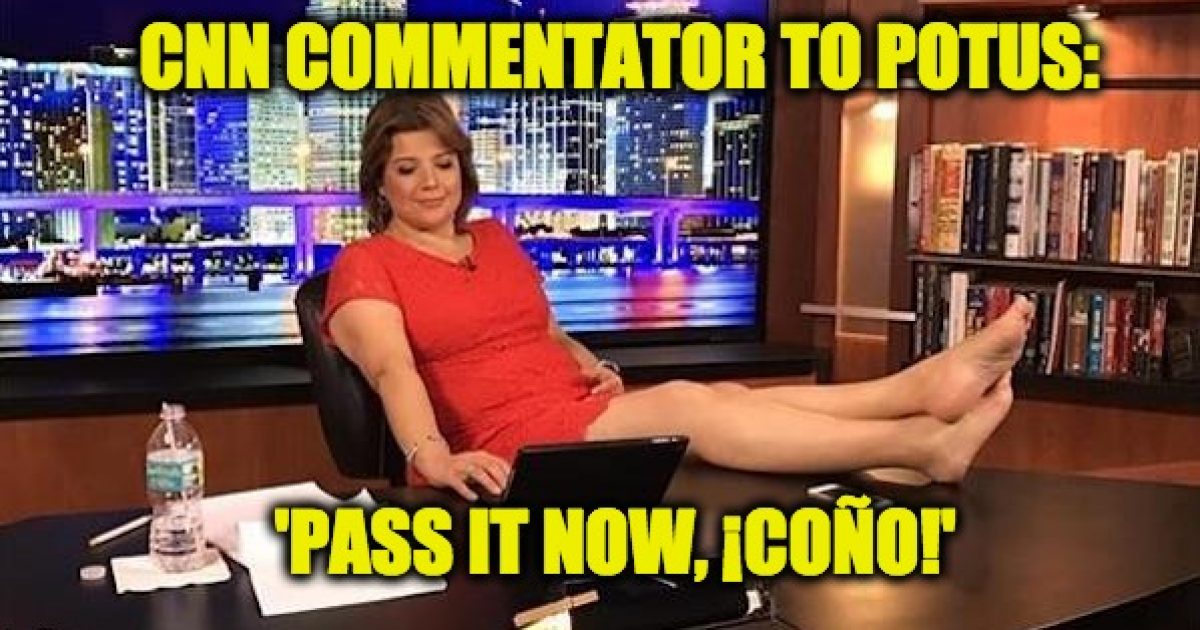 You have to love it when the mainstream media feign outrage over President Trump’s “colorful” language, then show their true colors by letting loose with one or another four-letter doozy especially at CNN. Ana Navarro is CNN’s version of a political commentator who claims she is a Republican (but hates Republicans)

After the President supposedly used the word s**thole to describe some countries, Navarro insisted that the only way Trump could prove he’s not a racist is by greenlighting the Deferred Action for Childhood Arrivals (DACA) program.

She then punctuated her point by calling him a vulgar term in Spanish.

“If @realDonaldTrump wants to try to do something to contradict the widely-held perception that he is a dark-hearted racist, there is a quick way for him to do it: exert some damn leadership and pass #DACA,” Navarro wrote on Twitter.

“Pass it now,” she added, zinging the president with the profanity “¡Coño!”

If @realDonaldTrump wants to try to do something to contradict the widely-held perception that he is a dark-hearted racist, there is a quick way for him to do it: exert some damn leadership and pass #DACA. Pass it now. ¡Coño!

According to SpeakingLatino.com, coño can mean several things, none of them particularly ladylike. The word can equate to the c-word in English, along with variations on that theme, it can also mean fanny, and if said as an exclamation,  f**k it!

The CNN commentator didn’t apologize for her crass language, instead, she mocked conservative websites for actually being able to translate her Spanish.

Navarro is a frequent critic of President Trump and conservatives in general, which makes her even more of a darling of CNN as their token Republican.

She was recently caught cropping a photo in an attempt to paint the Trump Administration as a bunch of “old white guys.”

.@ananavarro has literally cut off part of a picture to take a shot at @realDonaldTrump. pic.twitter.com/0rmTbd0uJU

She has also declared that Trump is “unfit to be human” — whatever that means.

Ana Navarro likely has a personal vendetta against the president, since he’s been calling her out as a “loser” for many years.

You can decide for yourself whether Navarro is trying to get back at the president (and every other Republican she talks about).