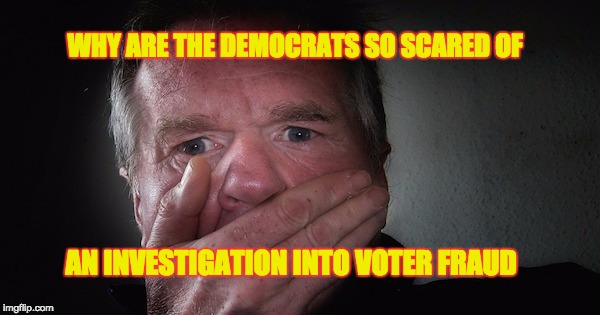 Early Wednesday Morning President Donald Trump announced that he would ask for a “major investigation” into allegations of voter fraud. 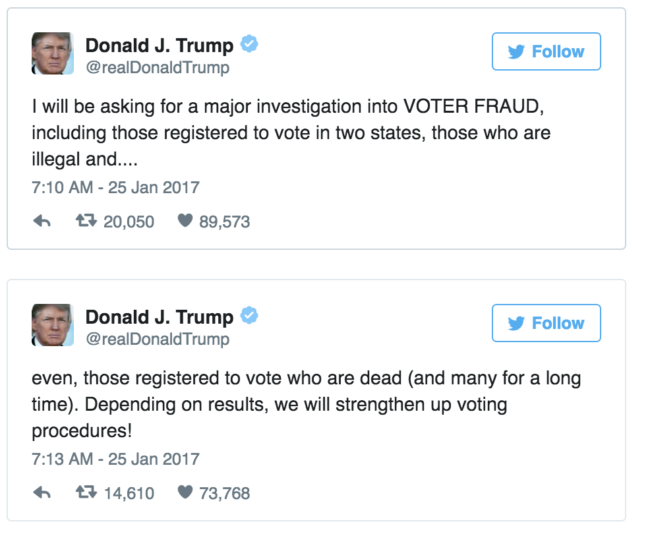 Naturally the Democrats who called for investigation when they thought  Russia’s Putin stole the election for Pres. Trump had a cow. They were joined by the liberal media who just yesterday was asking Sean Spicer questions such as. “but if the president believes there were 2-3 million I mean criminally trespassing aliens, why isn’t he doing an investigation.”

The Clinton News Network was all over the story (in their own biased way). Liberal CNN morning host Chris Cuomo who supported every deficit-growing program that Barack Obama pushed through, all of sudden worried about fiscal responsibility.

. Here’s what Chris Cuomo had to say during an interview with Rep. Chris Collins (video embedded below)

“Are you worried about defending something that is somewhat indefensible? So now, my money, your money, is going to go towards investigating something that we don’t have a shred of proof. What this opinion is based on has been called out and debunked by the people who did the studies. And now we’re going to waste our money taking a look at something because it bruised someone’s ego? Is that what this is about?”

The most valuable right we have as Americans is the right to vote, for years Democrats have been fighting any attempt to clean the voter rolls, whether it is to see if people voted in more than one state or taking the names of the dead of the voter lists.  In states that allow criminally trespassing aliens to get drivers licenses there is nothing to prevent them to register to vote, as licenses are usually the ticket needed to register.

So people like Cuomo or the Snotty Shepard Smith at Fox News who ripped Trump’s investigation call today,  may claim there is no evidence, but perhaps the reason is there isn’t much evidence is there has been no nationwide investigation. Certainly there have been isolated incidents reported– but we have no idea how wide-spread the voter fraud is.

Then there are the Democratic politicians who claim that the President’s call for an investigation is…well what else…racism. “Republicans have used claims of widespread voter fraud to discriminate and restrict access to the ballot box for years,” said Democratic U.S. Representative James Clyburn of South Carolina.

“The thing that I worry about with this argument about voter fraud is it gives the Republicans and others another tool and another reason to justify to the public of denying people the right to vote,” said Rep. Elijah Cummings (D-Md)

Trump’s investigation will protect the concept of one-man-one-vote, and go far in ensuring that only citizens will get to vote, whether its 2-3 million, or 2-3 thousand. Bush #43 won Florida by 537 votes, and that Florida win made him president.  Local elections have been won by 2-3 total votes.

The worst an investigation can do, is instill confidence in the voter rolls across the country, at best it will ensure that only people who are supposed to vote are allowed to vote. Which raises the question, “What are the Democrats REALLY afraid of?”