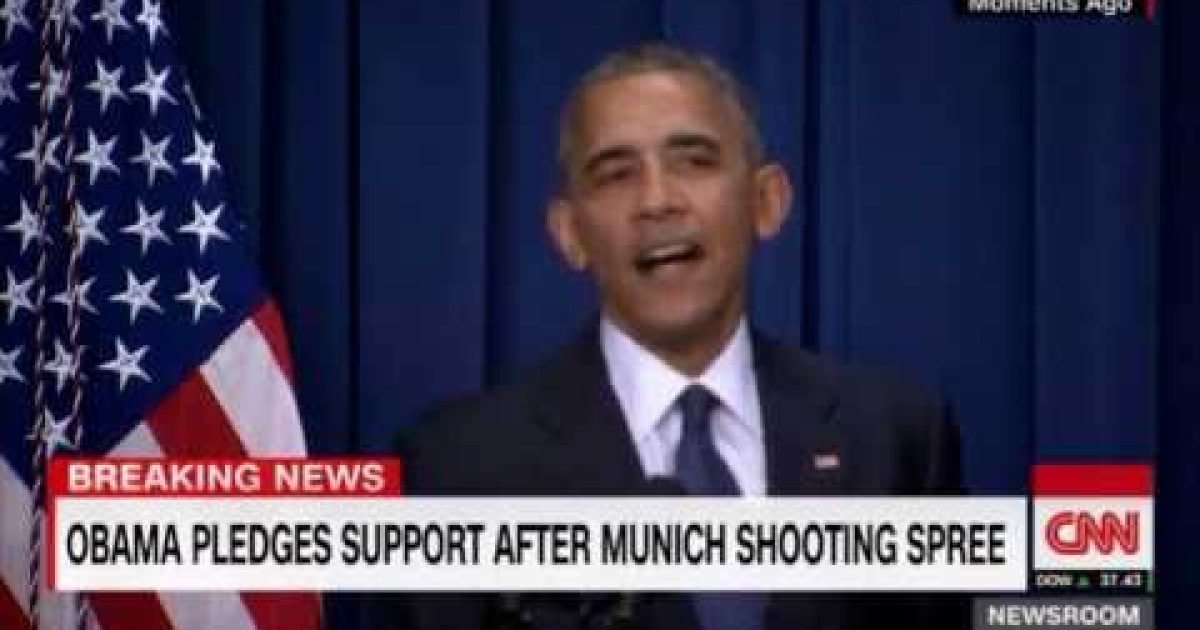 While devoting just over 30 seconds to the horrific Munich terror attack on Friday, President Obama actually cracked a joke about his daughters leaving home for school.  Worse yet, the lapdog media operatives at the presser laughed.

Without further ado, here is the video:

“Liberals obviously don’t care about this kind of stuff but Obama continues to alienate every single person that takes these kind of attacks seriously,” Andrew Mark Miller wrote.

“What the hell? This man is supposed to be a responsible head of state, yet he acts like a bloody dipstick. He is an insult to America.,” one person said.

“That’s pretty low for him to crack a joke,” another person said.

Apparently, Obama failed to realize that there are people in Germany who may never see their loved ones again.

And as we noted earlier today, there are some right here in the U.S. who have loved ones in Munich.

There’s still a lot about this attack we don’t know yet, and details are still coming in.  We’ll keep you updated as we learn more.

While it’s good Obama addressed the attack, his “joke” demonstrated his complete indifference to those with loved ones in harm’s way.