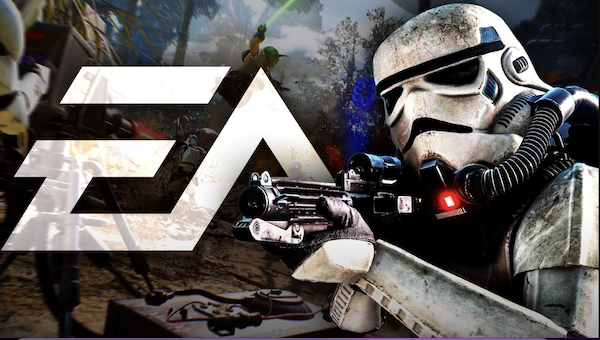 EA Games, one of the world’s top video game makers, has refused to bow to the demands of LGBTQ employees who want the co. to put out a flurry of statements supporting trans rights and abortion.

It’s just one more example of a company choosing NOT to go woke, joining a new trend where companies have decided to mind their own damn business instead of trying to mind ours.

Explaining why EA did not want to go all-in over the fight in favor of Roe v. Wade and trans rights, EA’s chief people officer, Mala Singh, said the company has decided only to speak out if they feel a public statement will “actually have a positive impact” and added that the policy has been a “consistent perspective” for the company, Kotaku reported.

EA withstood the pressure from its radical employees after a townhall-styled meeting this week where outspoken gay employees made serious demands of the company. But the company’s upper management said no more wokeness.

“The thing about the world today is there is a lot of division, we know this, right, we see it every single day, but the thing that unites us is that we’re all here to make amazing games and experiences for our players, and that is how we have the most positive impact on the world,” Singh said during the meeting.

“These things are hard, and they’re personal, and we all have our own perspectives, and sometimes we won’t speak, and that will be upsetting, and I understand that we really do,” she added.

EA has joined LGBTQ activism in the past, so resisting wokeism is a new direction for the company.

The gamer is not the only company to start edging away from wokeness. Netflix recently told its most radical employees to stop trying to ply the cancel culture against shows they don’t like, or they will get fired from attempting to stomp on free speech.

Also, after the Supreme Court’s draft decision that would overturn Roe v. Wade was leaked, a lefty PR firm began advising clients not to speak out about the controversy.

It appears that companies are finally just starting to understand that involving themselves in radical political campaigns is just not a good idea.