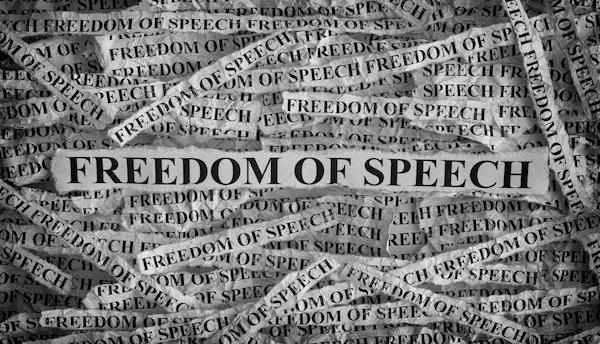 America is in a free speech crisis. The mere mention of involvement in issue advocacy has resulted in personal and professional attacks by internet thugs determined to deny Americans, and indeed, Tennesseans the right to participate equally in the political process and petition our government.

In 2008, Brendan Eich, the inventor of JavaScript and founder of Mozilla, legally contributed $1,000.00 to a California initiative campaign opposing gay marriage (which incidentally was supported by the electorate.) Eich was forced out of his position as the head of Mozilla due to threats by Internet social justice warriors making threats against his company. Eich shared his position with then-presidential candidate Barack Obama, so it could not have been more mainstream, yet he lost his company and livelihood.

Today, doxing of conservatives is viewed as sport by the current generation of internet warriors, and the impact is that many people will not donate to causes if they believe that their names will be made public.

I don’t have to provide a laundry list of examples, we both know this is true.

SB 1005-HB1201 would paint a target on the back of anyone who donated to a non-profit group that expressed a position on legislation pending in Nashville. While I can certainly understand and sympathize with the intent behind the legislation, the practical violence it does to the basic freedom to petition lawmakers in violation of the First Amendment overwhelmingly argues in favor of a veto.

In the 1950s, the state of Alabama passed legislation which required the NAACP to provide their membership lists to the state with the intent of discouraging participation. In 1958, the Supreme Court unanimously struck down this legislation. The practical effect of SB 1005- HB 1201 is the same, as participation in issue advocacy campaigns that happened to be adjacent to elections would be squelched.

For example, disclosure makes it foolhardy for someone with an interest in developing a green energy technology to publicly support a legislative effort to increase police funding. This simple act would put that donor at risk of losing funding from Wall Street’s Environmental, Social and Governance driven investment instruments due to Black Lives Matter’s word of disapproval.

We live in a world where people’s legitimately held, mainstream opinions are used to cancel their careers and livelihoods. SB 1005-HB 1201 enables that political persecution and no amount of legislative tinkering changes that fact.

For this and other reasons, Americans for Limited Government strongly urges Gov. Lee to veto this well-meaning, but ill-considered, dangerous, and unconstitutional legislation.