Who’s A Better Friend Of Russian Oligarchs Than Trump’s Lawyer? 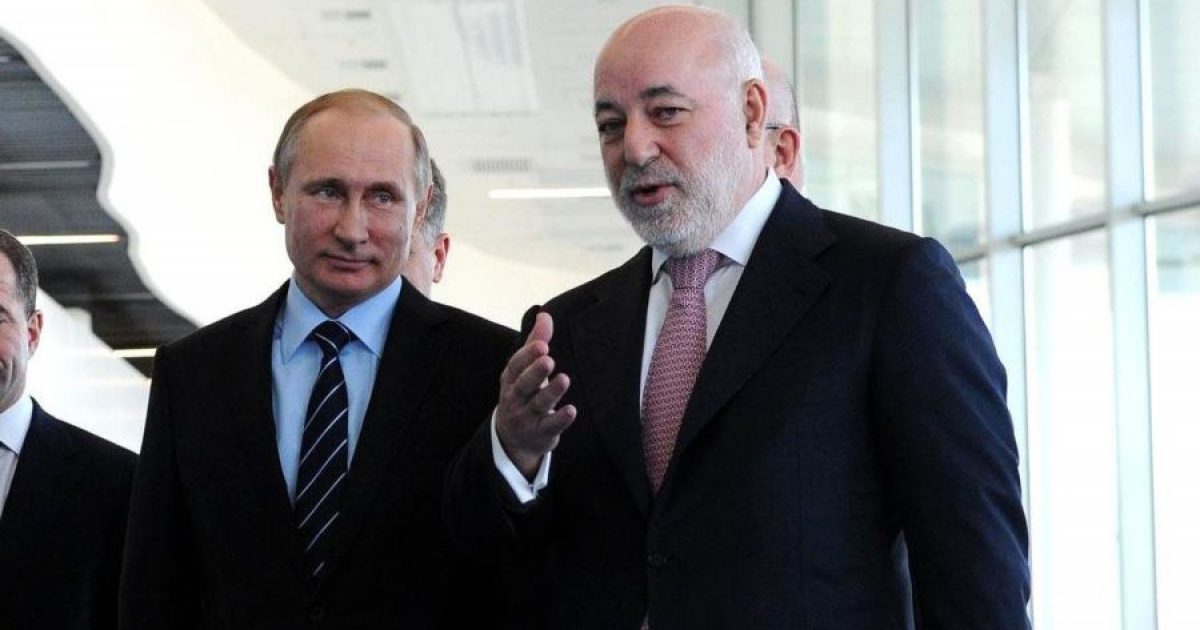 The Mueller probe hasn’t been getting very far trying to connect Trump nefariously with Russian oligarchs.  It’s almost as tough a proposition as identifying the right Michael Cohen  (which Stormy Daniels’ attorney can’t do).

But the media got giddy a couple of days ago when the New York Times reported that in 2017, “the” Michael Cohen had received a payment of $500,000 from the investment firm Columbus Nova.  Columbus Nova, a U.S. firm, is owned by the Renova Group, whose chairman is Russian oligarch Viktor Vekselberg, reputed like every oligarch worthy of the name to be close to Vladimir Putin.

Oddly enough, in spite of money going from a Renova subsidiary to Michael Cohen in 2017, Trump’s Treasury Department placed Vekselberg on a sanctions list in April 2018, as punishment for Russian meddling attempts in the 2016 election.  Vekselberg is now suffering the inconvenience of some $1.5-2 billion in blocked assets.

We might almost conclude from that sequence of events that there’s probably nothing about the relationship of Columbus Nova and Cohen that implicates Trump in any skulduggery.  And that’s even though Vekselberg’s cousin, Andrew Intrater, who runs Columbus Nova, donated “$250,000 to the Trump inauguration fund, $29,600 to the Republican National Committee, and $35,000 to the Trump Victory Fund,” according to the Center for Responsive Politics.

Just something to think about.  (Perhaps Trump is being diabolically clever again.)  Note that Columbus Nova provided a statement this week affirming that their contract with Cohen was about capital and investment consulting.

It does look pretty bad, of course, when you funnel a lot of money to American political officials and then you reap big benefits.  However, Vekselberg doesn’t seem to have done anything like that with Trump.

But he does seem to have done that with the Clintons.

Vekselberg, chief of the Skolkovo Foundation – the partnership dubbed the “Russian Silicon Valley” – donated to the Clinton Foundation via Renova in early 2010.  A few months later, then-Secretary Hillary Clinton’s staff began an email discussion of potential meetings between Vekselberg and Bill Clinton during an upcoming trip to Moscow by the former president.  Bill Clinton was headed to Russia for a speech he would be paid $500,000 for by the Russian investment firm Renaissance Capital.

At the same time these staff deliberations were going on, Hillary’s State Department was working to drum up interest among U.S. tech companies and venture capital firms in Russia’s Skolkovo project.  Hillary herself was directly involved:

Just one day after Hillary Clinton had a private phone call with John Chambers, CEO of Cisco, [Dmitry] Medvedev met with Cisco executives in California. That same day, Vekselberg announced that Cisco and Boeing would invest in Skolkovo.

Both Cisco and Boeing are major Clinton Foundation donors. Cisco paid Bill Clinton $256,000 for a speech in Oct. 2010, just three months after Vekselberg’s announcement that the firm would invest $1 billion in Skolkovo.

In May 2010, the State Department facilitated a Moscow visit by 22 of the biggest names in U.S. venture capital—and weeks later the first memorandums of understanding were signed by Skolkovo and American companies.

By 2012 the vice president of the Skolkovo Foundation, Conor Lenihan —who had previously partnered with the Clinton Foundation—recorded that Skolkovo had assembled 28 Russian, American and European “Key Partners.” Of the 28 “partners,” 17, or 60%, have made financial commitments to the Clinton Foundation, totaling tens of millions of dollars, or sponsored speeches by Bill Clinton.

Alert readers may also remember that some FBI analysts were concerned about the national security implications of U.S. tech companies working so closely with the Skolkovo project, which came with a big FSB facility right in its industrial park.

in 2014 the Boston Business Journal ran an op-ed placed by the FBI, and noted that the agency had sent warnings to technology and other companies approached by Russian venture-capital firms. The op-ed—under the byline of Lucia Ziobro, an assistant special agent at the FBI’s Boston office—said that “The FBI believes the true motives of the Russian partners, who are often funded by their government, is to gain access to classified, sensitive, and emerging technology from the companies.”

Ms. Ziobro also wrote that “The [Skolkovo] foundation may be a means for the Russian government to access our nation’s sensitive or classified research development facilities and dual-use technologies with military and commercial application.”

The military use of the Skolkovo-developed technology should not be a surprise to Ms. Clinton:

A State Department cable sent to then-Secretary Clinton (and obtained via WikiLeaks) mentioned possible “dual use and export control concerns” related to research and development technology ventures with Moscow. And in its own promotional literature Skolkovo heralded the success of its development of the Atlant hybrid airship.

“Particularly noteworthy is Atlant’s ability to deliver military cargoes,” boasts the Made in Skolkovo publication: “The introduction of this unique vehicle is fully consistent with the concept of creating a mobile army and opens up new possibilities for mobile use of the means of radar surveillance, air and missile defense, and delivery of airborne troops.”

Meanwhile, Viktor Vekselberg is also a board member of state-owned Rusnano, the Russian state investment fund, which was a major stakeholder in the U.S. firm Joule Unlimited, of which Hillary aide John Podesta was a board member from 2011 to 2014.

Podesta sat on Joule’s board when he assumed a seat on Hillary’s Foreign Affairs Policy Board during her tenure as secretary of state.  In 2014, when he took a job as an adviser to then-President Obama, he nominally divested himself of his holdings in Joule.

But as James Freeman writes, it wasn’t actually that simple.

[A]round the time he was returning to the White House, Mr. Podesta wrote to Joule requesting the transfer of his shares to an entity called Leonidio Holdings, LLC, which had been created just weeks earlier.

[A] Clinton campaign spokesman told [the Wall Street Journal] that Mr. Podesta cut his ties with Joule when he returned to the White House in 2014, “transferred the entirety of his holdings to his adult children” and “recused himself from all matters pertaining to Joule for the duration of his time at the White House.”

But WikiLeaks also shows Mr. Podesta receiving a bill for legal expenses related to Leonidio’s incorporation in Delaware. We wonder how often people pay the bills to create corporations in which they have no interest.

Mr. Podesta left the White House around February of 2015. He later received a bill from the law firm Steptoe and Johnson for legal work related to Joule performed in April of 2015. This also was published on WikiLeaks, and it says a Steptoe attorney spent half an hour working on “Joule request for consent to appointment of Mr. Akhanov.” Dmitry Akhanov, who runs Rusnano’s U.S. office, is now listed as a member of Joule’s board of directors. It would be highly unusual for a company to seek approval on a board appointment from someone who no longer has any ties to the business.

Did Mr. Podesta resume his formal relationship with Joule and the Russian government’s investment fund right after leaving the White House and just before joining the Clinton campaign?

It’s not necessarily out of bounds to question Cohen’s other contracts if he is representing the president, president-elect, or a leading presidential candidate.  But it is manifestly absurd to question only Cohen’s possible links with Vekselberg – which were indirect and involved payment for consulting services from a Renova subsidiary.  Cohen’s indirect connection, unlike the Clintons’ direct one, was not followed by billions of dollars in benefits flowing to Vekselberg.  Quite the opposite, in fact.

I’m not sure Viktor Vekselberg is the guy Mueller really wants to bring up.  The latest investigation of the Clinton Foundation is still ongoing, as far as we know.

Most of this post was first seen at Liberty Unyielding