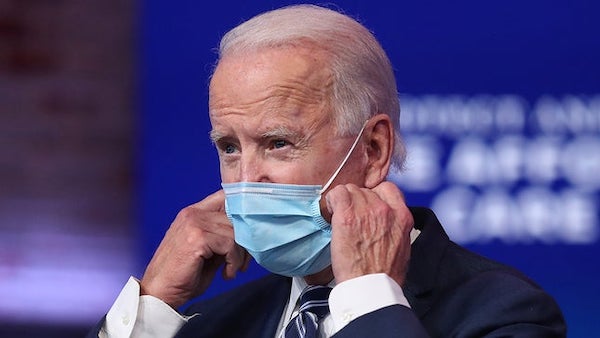 By now, it should be apparent to most Americans that Democrats simply do not want to hand President Donald Trump and Congressional Republicans a going away present this legislative year on phase four stimulus legislation and the Covid vaccine — which could rescue millions of small and large businesses including airlines from almost certain ruin, and save potentially hundreds of thousands of lives.

Because of the simple truism in politics, nobody wants to climb aboard the train unless they happen to be in the locomotive.

By this metric, the opposition to getting a deal done on another stimulus or supporting emergency use authorization by the Trump administration the vaccine is purely political. Democrats don’t want President Trump and Republicans to get credit for such measures, especially is Trump doesn’t happen to prevail in his current legal challenges to the election, which show former Vice President Joe Biden in the lead states certifying the outcome.

Even if such measures, administered at this moment, would effectively save the U.S. economy and prevent perhaps hundreds of thousands of premature funerals.

Consider the analysis of New York Democratic Gov. Andrew Cuomo in remarks on Nov. 17, promising he and other blue states will slow up distribution of the vaccine even after it is approved, stating, “nobody is going to trust him saying it’s a safe vaccine. But you’re going to see this play out, they’ll do what’s called an emergency authorization by the FDA… I think that could happen as soon as January where the FDA, because Trump will push them, will say we authorized the drug for emergency use. You could see it starting in January before Biden gets into office, and that’s why I’m pushing so hard to make sure that we have a process in place to check what the FDA says before people start getting the vaccine in New York.”

That followed Cuomo’s statement on Nov. 9 that, “We can’t let this vaccination plan go forward the way that Trump and his administration is designing it.”

Fortunately, it’s not up to Cuomo, as Health and Human Services Secretary Alex Azar announced in a Nov. 24 press conference that Food and Drug Administration approval of an emergency use authorization should be coming soon, stating: “On Friday, Pfizer submitted data for an emergency use authorization by the FDA, which means that we could begin distributing millions of authorized vaccines in just a few weeks.”

Azar said that the FDA would be convening a meeting with its independent vaccine advisory board on Dec. 10 and that a decision could come out soon thereafter: “If all goes well, we could be distributing vaccine soon after Dec. 10” with logistics handled by the military and drug makers.

Still, how long will New York wait to administer the vaccine after Dec. 10? According to the Institute for Health Metrics and Evaluation, that’s when the Covid virus will be peaking, with 450,000 new cases projected daily nationally, including as many as 29,000 a day in New York.

By the time Biden would be sworn in, the virus will have already reached its projected pinnacle for this cold and flu season. Do Gov. Cuomo and other Democratic governors across the country really want to wait?

How many more Americans will die from Covid as a result of their threatened inaction and obstruction? How many will now refuse to take the vaccine because Cuomo declared it political?

And as for Biden himself, he has simply spent the past week vaguely complaining that his transition office had not yet received the Trump administration’s vaccine distribution plan. Azar finally put that to rest at the press conference, announcing that the Department of Health and Human Services worked through the General Services Administration to ensure an orderly transition on matters related to the pandemic.

In a similar vein, what is the holdup for the phase four stimulus legislation in Congress? Small business relief, supporting 5.2 million small businesses and 50 million jobs, ran out on Aug. 8, and airlines ran out of money in September as massive layoffs have been ensuing.

Also, 7.7 million Americans have lost unemployment assistance since mid-August as benefits have run out. Although more than 14 million jobs of the 25 million jobs lost have been recovered since labor markets bottomed in April.

In other words, despite a record rebound of the economy, we’re still not out of the woods yet, with many states again implementing more lockdowns as a stopgap while the nation waits for the vaccine. But the costs are real right now to working families.

Extending those provisions is something both the House and Senate agree on, so why not just pass that? They would have already, but House and Senate Democrats wanted more, including national mail-in balloting and state bailouts, as a greater priority than saving Main Street. Now, with Biden poised to take office, Democrats simply want to wait it out to get what they perceive to be a better deal in January.

Jennifer Wheeler of Texas, whose husband is an airline pilot for one of the major carriers, stated, “Lawmakers need to strap on their masks and walk the Main Streets of America to see how small businesses and restaurants are hurting. It is imperative now more than ever they pass a stimulus bill in light of more Covid shutdowns. The same goes for the airline industry, which is a vehicle for economic recovery for the entire travel industry.”

Wheeler added, “My husband still has a job, but he has no flights assigned and is getting trips given to him by more senior pilots out of the goodness of their heart. The amount is nowhere near normal monthly pay. I belong to several airline groups on social media, and we are all full of angst and woe about the lack of action. It is hard to plan from month to month. Living in limbo is no fun, especially during the holidays.”

In other words, millions of Americans are desperately hanging on by a thread waiting for Congress to re-up funds to protect small businesses and critical industries like airlines. Simultaneously, the FDA moves to approve the vaccine, which with rapid distribution in 2020 could help the country save hundreds of thousands of lives — and ultimately will be the way we get the economy fully reopen.

Democrats want lockdowns and delay implementing their agenda, but it’s not about who gets credit for it. It’s about whether the vaccine is safe and ready. If it is, the FDA should approve it as soon as possible. Every day counts.