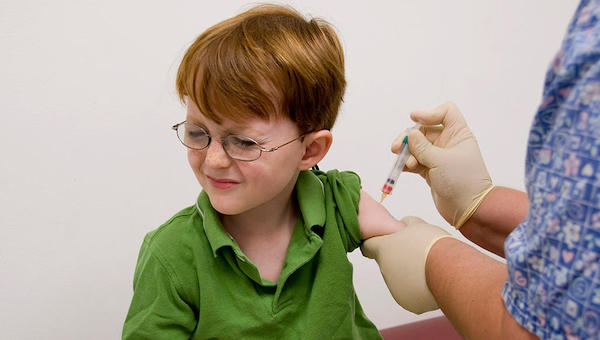 A federal judge has blocked a Washington D.C. law that allows schools to vaccinate kids without telling parents.

In his 38-page opinion, U.S. District Judge Trevor McFadden agreed with parents who sued the city, saying they and their child have been irreparably harmed.

The D.C. Council passed its Minor Consent for Vaccinations Amendment Act in 2020, letting kids as young as 11 get a vaccine without permission from their parents, per Epoch Times.

The D.C. law runs contrary to the National Childhood Vaccine Injury Act of 1986, which mandates that parents or legal guardians be informed about the vaccination of their children.

According to the lawsuit, the child of Joshua Mazer went to a local doctor’s office for a vaccine because the child’s school was pressuring kids to get vaccinated. The child also said that the doctor was told that his parents were not informed about the vaccination.

The girl later told her parents that she had changed her mind and did not want the vaccine, but officials surrounded her and made her feel “trapped.”

The city told the courts that the law is “an eminently reasonable public health measure that does not require the plaintiff or his daughter to do anything.”

Judge McFadden disagreed with the city and said the law is harmful “because without it, there is no avenue for minors to receive vaccines absent parental consent.” He added that “Removing the law would revert the District to the standard age of consent of 18.”

The city has been blocked from enforcing the law while the suit continues.

The D.C. law seems to be part of the far left’s efforts to keep parents from making decisions about their children. This effort is just like school districts’ attempts to silence parents (with help from Attorney General Garland) who object to the racist Critical Race Theory being taught to their kids. With help from the teachers’ union, the AG labeled those parents as domestic terrorists. What will they try to do to the parents who don’t want their kids to have inoculations without first notifying and gaining approval from their parents?

Much of this post was first seen at iPatriot