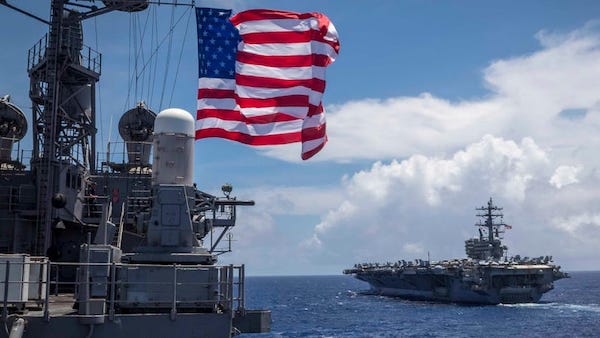 The US Naval command issued details of the Covid vaccine mandate that has some attorneys saying that it appears to be pure vindictiveness. The Navy told commanders not to promote, reenlist, or execute orders, with the exception of separation orders for unvaccinated personnel prior to the deadline of Nov 28 or Dec 28 for Reservists. Sailors can be reassigned, even if they are seeking an exemption. But it’s the rest of the order that has attorneys calling the order vindictive.  USN punishment for vaccine refusals

US Naval Command punishment for the unvaxxed

Officers and enlisted members serving in leadership roles who have not gotten a shot were informed in writing they had five days to initiate a vaccination series or request an exemption. If they do neither, they’ll be relieved and have what’s known as detachment for cause, or “administrative removal of a member from a current duty for unsatisfactory performance of duty or misconduct.”

Any Navy personnel separated because of vaccine refusal will get a general discharge under honorable conditions or a higher level of discharge. Depending on the level, they could lose some veterans’ benefits.

Officers may be subject to “recoupment of unearned special or incentive pays” in select cases. The COVID authority “may seek recoupment of applicable bonuses, special and incentive pay, and the cost of training and education for service members refusing the vaccine” from sailors, the order also says.

The Covid-19 Dishonorable Discharge Prevention Act (S 2780) was introduced in September, as we previously reported. Thus far, it has gone only to the Senate Armed Services Committee and only has 7 cosponsors… it has yet to have a summary posted. Summaries are usually posted within a week. This may be why the military is saying they will use General Discharge under honorable conditions or other methods. But the attorneys who are unhappy with the order have issues with the entire process and particularly feel the troops’ faith has been targeted by US Naval Command. The punishment is being meted to Sailors by the COVID Consolidated Disposition Authority, including Chief of Naval Personnel Vice Adm. John Nowell.

This is nothing more than pure vindictiveness. There’s no legitimate reason to threaten our brave service members with court-martial or involuntary separation. And now the Navy is threatening to hurt them financially?!? You might expect a country like China or North Korea to force its people to choose between faith and country. But this is America. What the Navy is doing goes against the very fabric of our nation.

Military leadership made it perfectly clear that religious exemptions would be subjected to intense scrutiny of whether the person is adhering to the tenets of their faith or a political viewpoint. (Deseret News) The US Naval Command will punish the personnel who disobey their edict, and at a time when our volunteer Armed Forces are low anyway, this could pose a problem.