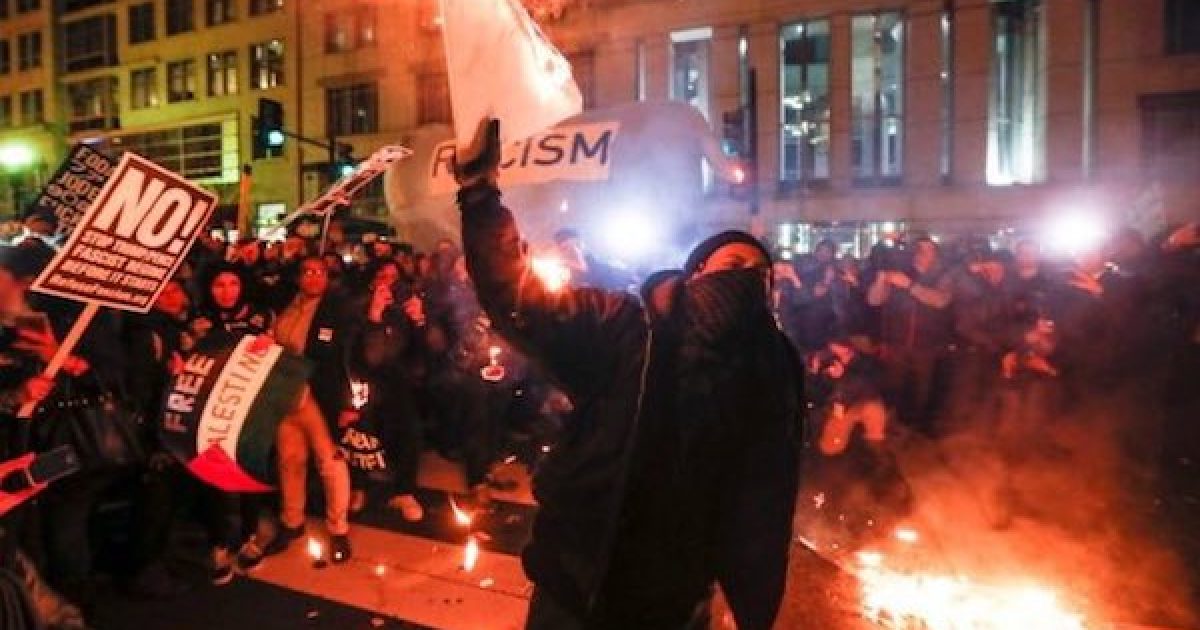 On Tuesday, The Hill reported that the “Unmasking Antifa Act of 2018” would impose a 15-year prison term for those engaging in the type of acts associated with the domestic terror group.

Under the act, anyone “wearing a mask” or in disguise who “injures, oppresses, threatens, or intimidates any person … in the free exercise or enjoyment of any right or privilege” would be subject to a fine or up to 15 years in prison.

Note: the full bill is embedded below.

Let them know what you think about the Unmasking Antifa Act, which would hold far left wing terrorist groups to the same standards as the KKK and other groups.

The bill also says that anyone wearing a mask or disguise while destroying property can be sentenced to two years in prison.

As we and others reported, Antifa activists have repeatedly engaged in violent acts against supporters of President Trump, calling them “Nazis.”

Recently, Antifa terrorists attacked a Patriot Prayer event in Portland, and an Antifa thug nearly murdered a Trump supporter at a New York event for freedom.

Last October, it was reported that the FBI has evidence that Antifa members may have colluded with ISIS and al-Qaeda.

Nevertheless, some educators and media hacks have endorsed Antifa, and weak-kneed Republicans like Mitt Romney have expressed support for the group.

The bill is currently sitting in the House Judiciary Committee.