The REAL Truth: Oprah Is NOT A ‘Unifier’ She’s A Divider 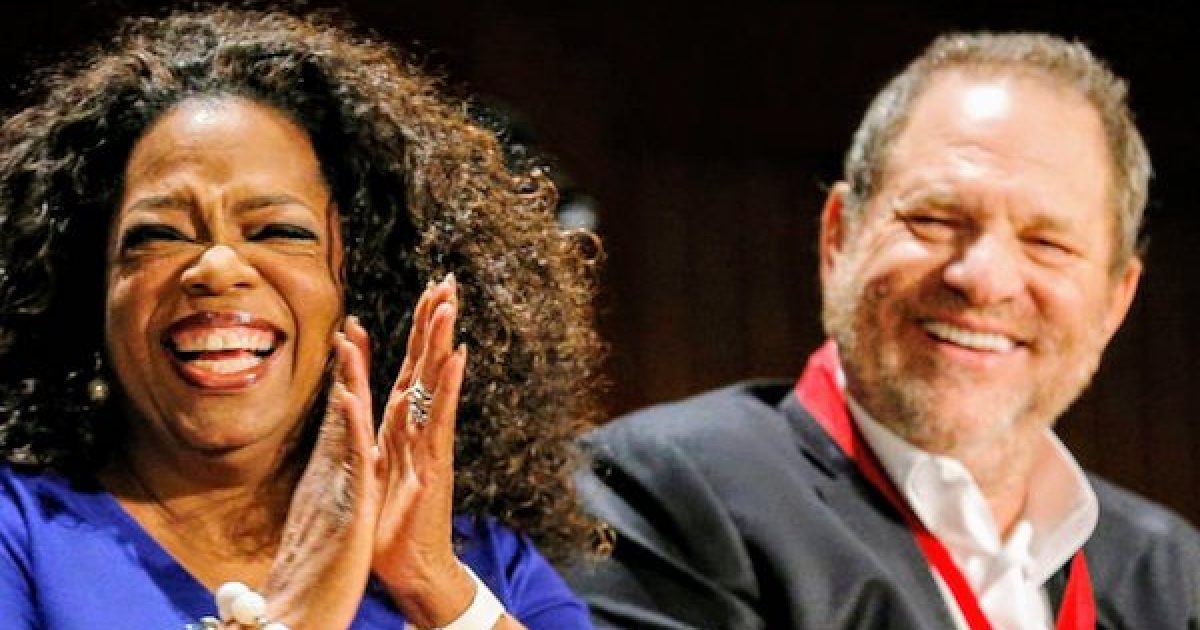 After her speech at the Golden Globes, many have been slobbering over the idea that Oprah Winfrey may make a run for the White House in 2020.  Democrats are giddy over the possibility that she may consider a run. After all the liberal talking heads say, her speech was unifying. But a quick look at her history demonstrates that Oprah is not a unifier she is a divider.

As the Daily Caller reported this week Oprah was interviewed by Will Gompertz of the BBC in 2013 and was asked how racism has changed over the generations. She responded by saying that it has “gotten better,” leading Gompertz to ask, “Are you saying problem solved?”

“Of course, the problem is not solved. You know, as long as people can be judged by the color of their skin, the problem’s not solved. As long as there are people who still, there’s a whole generation – I say this, you know, I said this, you know, for apartheid South Africa, I said this for my own, you know, community in the south–there are still generations of people, older people, who were born and bred and marinated in it, in that prejudice and racism, and they just have to die,” she added.

Well, I suppose that statement might unify funeral directors but that’s about it.

Also in 2013, Oprah picked on the powerless by claiming she tried to purchase an expensive (approximately $38,000) handbag in Switzerland claiming she told by the sales clerk that she wouldn’t show it to the TV star because she probably couldn’t afford it. Oprah claimed it was racism and that the saleswoman assumed that a black woman could not have the income needed to purchase such an expensive accessory item.

A few days later the sales clerk spoke anonymously to Swiss newspaper SonntagsBlick, the “bag lady “said she felt ‘powerless’ and in the grip of a ‘cyclone’ after Winfrey went on TV in America to claim she had been the victim of racism.

Below is a translation of that interview, she used the pseudonym of Adriana N:

VIEW: Adriana N. * why you want to do this interview anonymously?
Adriana N: Because I’m afraid of people’s reactions. I do not want to be approached on the street because of this incident. I want to live normally, also can continue to work normally.
How are you?
Terrible! I can not sleep for days. I feel like I’m in the middle of a hurricane. Totally powerless, and delivered. It’s horror, what happens there.
Do you fear for your job?Trudie Goetz I have asked on Friday if she wanted me to quit.She says no and was very understanding. It’s nice to know that there is such great supervisors who stand protectively in front of you.
What exactly happened when Oprah Winfrey came in your business?She arrived on Saturday 20 July in our boutique. It was in the afternoon, just a normal day. Oprah Winfrey had a friend there, maybe it was her bodyguard, I do not know. He has certainly held up the door for her.
How was she dressed?She wore a long black skirt. At the top I can not remember.
And then what?They came in and asked where the ladies department is located.We were three sellers in the business. I led Oprah and her companion to the first floor. Above, I asked her if I could show her something special. She said she had never been in a place like this in Switzerland, and was looking around. I was not sure what I should present her.
What have you done?I went to a cabinet and showed her one of those Jennifer Aniston bags that are very popular. I explained to her that there are these bags in various sizes and materials, as I always do. She glanced at a rack behind me. Far above. Issued it was 35000 francs crocodile bag. I told her that it was the same bag as the one I was holding in his hand. Only that it is much more expensive. I would like to show you other bags.
Oprah Winfrey claimed on U.S. television, you had not handed her the bag for racist reasons.This is absolutely not true! I even asked her if she would look at the case in more detail. Ms. Winfrey has once again looked round in the business, but said nothing more. Then she went with her ​​companions in the lower floor. My colleague has not stopped them the door. They were not even five minutes in our business.
They would have said to her: “You do not want to see this bag. It is too expensive. You can not afford, “says Winfrey.It’s not true. This is absurd. This is something I would never say to a customer. Not really! Good manners and politeness are the lifeblood of this business.

On her show, Oprah hosted many divisive guests She hosted the self-help author Louise Hay, who once told the NY Times Holocaust victims may have been paying for sins in a previous life.

When I asked her if, since people’s thoughts are responsible for their conditions, victims of genocide might be to blame for their own deaths, she said: “I probably wouldn’t say it to them. I don’t go around making people feel bad. That’s not what I’m after.” I pressed harder: Did she believe they are to blame? “Yes, I think there’s a lot of karmic stuff that goes on, past lives.” So, I asked, with a situation like the Holocaust, the victims might have been an unfortunate group of souls who deserved what they got because of their behavior in past lives? “Yes, it can work that way,” Hay said. “But that’s just my opinion.”

Early in the interview, Ms. Winfrey said, ”This is the first time I heard of any Jewish people sacrificing babies, but anyway – so you witnessed the sacrifice?”

The woman responded: ”Right. When I was very young, I was forced to participate in that, and which I had to sacrifice an infant.”

The guest was repeatedly identified by Ms. Winfrey as being Jewish. At one point, the woman asserted that ritual sacrifices occurred in other Jewish families around the country, that they were known to the police and that such sacrifices had taken place in her own family since the 1700’s. During the interview, Ms. Winfrey said, ”I want to make it very clear that this is one Jewish person, so don’t go around now, saying to people, you know, ‘Those Jewish people, they’re worshipping. . . .’ This is just one person.”

Gee thanks, Oprah do you think people remember that one line, or the sensationalism of the interview. That episode was so awful that “Jeffrey P. Sinensky, director of the civil rights division of the Anti-Defamation League of B’nai B’rith, called the program ”potentially devastating” and said his group, which fights anti-Semitism and racism, had received hundreds of calls.” I can’t think of another time when the progressivism-first ADL actually criticized a liberal.

One of the things Oprah said in her Golden Globes speech was directed to women who have been sexually harassed or abused, “You get a voice. You get a voice. Everybody gets a voice” One person who called out her hypocrisy was

Hey @Oprah #Goldenglobes. Funny I’ve never heard you mention my name. CAN YOU HEAR ME NOW?Guess not. My rapist was/is your friend, Bill Clinton https://t.co/zBSPnrqRzk

Remember this @Oprah You’ve had so many opportunities to bring up my allegations, which have never been discredited. Why?? https://t.co/C7Iaqn0kOp

But Juanita Broaddrick was raped by Oprah buddy Bubba Clinton.

Is someone this divisive someone who the Democrats would nominate for president? That can be answered with two words, Barack Obama.