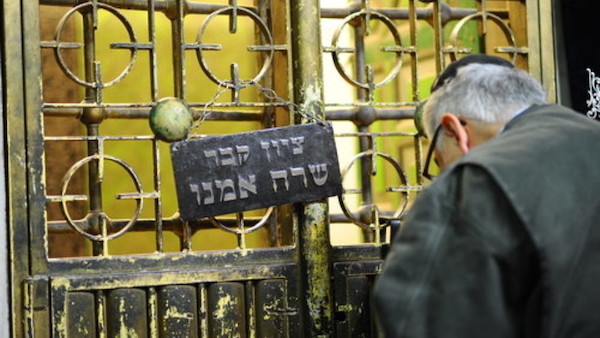 His administration has begun pressuring Israel to renew its membership in the vehemently anti-Semitic United Nations Educational, Cultural, and Scientific Organization (UNESCO).

In talks between senior American officials and their Israeli counterparts, the issue has been raised before, including last week’s meetings in Israel led by U.S. Ambassador to the United Nations Linda Thomas-Greenfield.

Israel rightly announced its withdrawal from UNESCO in 2017, shortly after the U.S. did similarly.

“The purpose of UNESCO is a good one,” the legendarily pro-Israel UN Ambassador Nikki Haley said four years ago. “Unfortunately, its extreme politicization has become a chronic embarrassment.”

The organization’s final horrific straw in a series of anti-Israel decisions was the declaration that east Jerusalem was so-called occupied territory. It is patently absurd that Israel’s control of the Kotel (Western Wall) when an Islamic terrorist killed one and wounded three more Sunday morning  at the Chain Gate which leads from the Temple Mount to the Kotel which is defined by the UNESCO as an “occupation.”

UNESCO already is transferring funds to UN agencies that have accepted the Palestinian Authority as a member state. So far, Israel and the U.S. have not accepted that.

Team Biden cannot find enough congressional support for its reckless position, hence the pressure on Israel. The administration naively believes that if Israel agrees to return to UNESCO, opposition among congressional Republicans — the philo-Semitic party — will be weakened, and the law that will allow payments to UNESCO will find a majority.

So far, Israel has not responded to Washington’s pressure.

In late 2016, when he had the education portfolio, Prime Minister Naftali Bennett called on Israel to withdraw from UNESCO because UNESCO rewarded terrorism.

“The Western world needs to stand up against UNESCO and against handing prizes to terror supporters,” Bennett said five years ago. “Just like we work against Islamic terror in Aleppo and Palmyra, we need to work fight political terror in Jerusalem. The next terrorist will gain legitimacy from yesterday’s sick decision. Cutting Jerusalem off from Israel will create a domino effect that will affect the entire Western world.”

In 2018 UNESCO declared that neither Tomb of Jacob’s wife Rachel in Bethlehem nor the Cave of the Patriarchs in Hebron were Jewish sites. Instead, they claimed they were endangered “Palestinian” heritage sites.

Rachel’s Tomb has a special meaning to the Jewish people, as explained by the prophet Jeremiah. Rachel is seen as the mother crying for the spiritual and physical return of all Jews and elicits a promise from HaShem that they will return one day.  Jews have visited the site for centuries coming to pray, request and plead to Mother Rachel to intercede with God to help them.

Abraham, the first “Jew,” purchased a cave in Hebron to bury his beloved wife, Sarah. It was the first piece of land officially owned by what would become the Jews. According to the Torah, Abraham overpaid for the land so there would never be a doubt that he owned it fair and square. Eventually, Abraham, his son Isaac and his wife Rebekah, Isaac’s son Jacob, and Jacob’s other wife Leah, and according to tradition, the head of Jacob’s brother Esau’s head joined Sarah in the cave.

A strategy of the Palestinians in their ultimate goal of taking over the entirety of Israel is to deny Jewish ties to the land. They do this by taking over and destroying Jewish Holy sites. It is why they’ve used the UN to target the Temple Mount, the Cave of the Patriarchs, Rachel’s Tomb, and other places holy to the Jewish people. UNESCO and Joe Biden are tools of the Palestinian strategy of denying Jewish heritage.

A.J. Kaufman is a columnist for Alpha News, P.J. Media, and here at The Lid