Unemployment Continuing Claims Climbed 122,000 On A Net Basis To 1.4 Million In A Week As Recession Signals Flash Red Everywhere 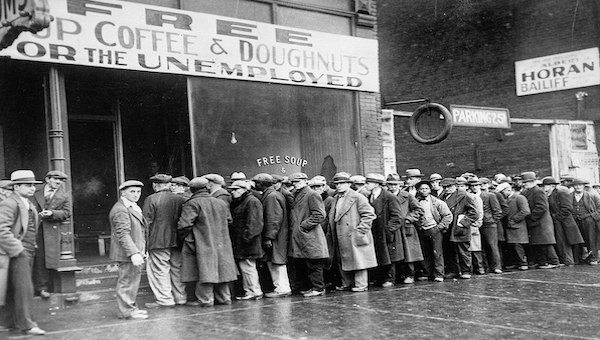 Unemployment insurance continuing claims increased by 122,000 on a non-seasonally adjusted basis from July 2 to July 9 to 1.45 million, the latest U.S. Department of Labor data shows, as multiple historical recession signals are flashing red.

The number comes as initial unemployment claims have continued ticking upward on a seasonally adjusted basis. Since mid-March, when weekly claims hit a low of 166,000, now they are up over 251,000.

When both numbers are simultaneously increasing — weekly claims and continuing claims — it indicates that hiring by U.S. employers is stalling. As a result, more people wind up on continuing unemployment claims than leave them because they found a job.

To be sure, if you refer to the Labor Department’s Jolts Survey, from March to May, job openings have decreased by more than 600,000 to 11.3 million, another indication that labor markets have peaked or are about to. It looks like they already peaked, considering other recession-related data.

As unemployment claims mount, eventually, so will the unemployment rate reported by the Bureau of Labor Statistics begin increasing. How high it rises depends on whether the economy is in a recession and, if so, how severe it is.

On the broader economic front, it is hard to see just how economic growth will be able to outpace the current  9.1 percent consumer inflation and 11.3 percent producer inflation currently being measured by the Bureau of Labor Statistics. As a side note, the Bureau of Economic Analysis, which measures the Gross Domestic Product (GDP) — second-quarter release will be July 28 — uses a slightly different measure of inflation in calculating growth.

But suffice to say, when inflation exceeds nominal economic growth, the inflation-adjusted GDP that gets reported every quarter will be negative, as it was in the first quarter at negative 1.6 percent.

In the second quarter, the Atlanta Federal Reserve’s GDP Now indicator is projected to shrink again by another 1.6 percent.

The spread between 10-year and 2-year treasuries, another reliable recession indicator that has predicted almost every recession in modern economic history, has already inverted three times this year: on July 5, June 13, and March 31. The July plunge has remained negative, with the spread reading -0.19 percent.

This indicates that there is more demand for 10-year treasuries than there is for 2-year treasuries because financial institutions and central banks are betting there is more downside in the near term. Plus, at close to 3 percent interest rates on the 10-year, that might look relatively attractive in a year or so if and when a recession does strike, inflation calms (even if only briefly), and more investors flood into bonds in a flight to safety that usually accompanies an economic contraction.

To be sure, the relatively low-interest rates versus inflation does not give me much hope that even a recession will be able to stop the current bout of price hikes. There is still a severe need to boost global food and energy production, or else supply issues could continue mounting after whatever current economic turmoil is being experienced runs its course.

Finally, 315,000 jobs were lost in the Bureau of Labor Statistics household survey in June, the second month this year experiencing losses after 353,000 jobs were similarly lost in April. If we really are in a recession, expect those numbers to increase quite a bit more over the next year or so while the unemployment rate rises, especially with continuing claims starting to creep upward.

Labor markets are often the last thing to go south in a recession. It might not be just yet, but it looks like it is pretty darn close. Stay tuned.