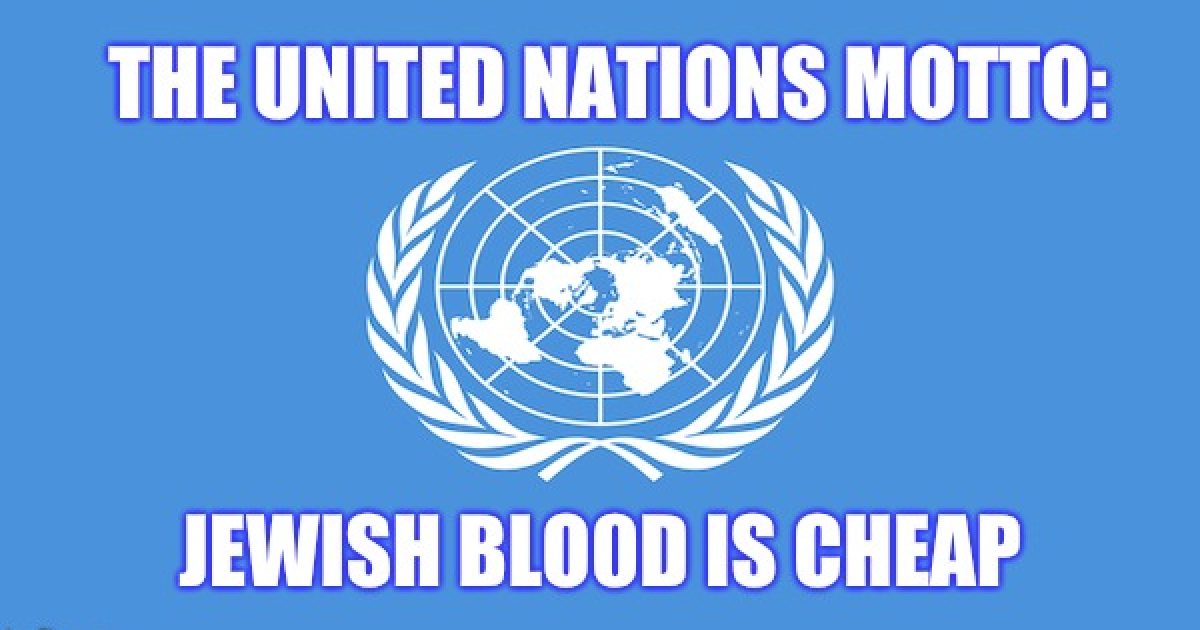 A US-sponsored resolution condemning Hamas garnered an 87-57 majority in the UN General Assembly but fell nine votes short of the two-thirds majority needed to be adopted. Thirty-three states abstained, and another 16 did not vote.

Nikki Haley: There is nothing more antisemitic than saying terrorism is not terrorism when used against Jews or the Jewish state. For the sake of peace, and for the sake of this organization, I respectfully urge my colleagues to support this resolution.

The immoral debating society known as the United Nations has once again revealed itself as an international center of #Antisemitism:

The United Nations General Assembly failed on Thursday to adopt a U.S. resolution that condemned terrorist acts by Hamas and other Palestinian militant groups — a blow for the U.S. push to curb anti-Israel bias at the body.

The U.S. resolution would have condemned Hamas for “repeatedly firing rockets into Israel and for inciting violence, thereby putting civilians at risk.” It would also have demanded that Hamas “and other militant actors, including Palestinian Islamic Jihad,” cease all provocative and violent actions; and condemn Hamas efforts to construct tunnels to infiltrate Israel and launch rockets into civilian areas.

But after a procedural move by Kuwait and Bolivia, the body adopted a rule that meant the U.S. resolution needed a two-thirds majority to be adopted. The resolution picked up a plurality of 87 votes in support and 57 against — with 33 abstentions. But it was not enough to meet the two-thirds threshold.

Ahead of the vote, U.S. Ambassador Nikki Haley accused those who pushed for the two-thirds threshold of “double standards” and of trying to torpedo the resolution. In a speech to the chamber, she noted that, despite the many resolutions condemning and criticizing Israel, the U.N. has never passed a resolution condemning Hamas.

“That, more than anything else, is a condemnation of the United Nations itself,” she said.

“There is nothing more anti-Semitic than saying we cannot condemn terrorism against Israel, while we would not hesitate for a minute to condemn the same acts if they were taken against any other country,” she went on to say, noting the thousands of rockets from Hamas fired at civilian areas in Israel.

After accusing Hamas of turning Gaza, which it has controlled since 2007, into a “police state” and using torture and arbitrary arrests against political opponents, she asked Arab countries about their support for the group.

For the first time at the UN, a record 87 countries condemned Hamas for its rocket fire & use of civilian infrastructure for military purposes against Israel. I thank @nikkihaley for her hard work in forming an unprecedented coalition. We will continue to fight for the truth! pic.twitter.com/MBDLERD23y

Ambassador Danon: For 13 years, Hamas has launched 13,000 rockets, constructed 40 terror tunnels to kidnap and kill Israelis. It exploits its people, uses them as human shields, and deprives them of basic human rights, and steals billions of dollars. Hamas is no different than ISIS or al-Qaeda.

But these Palestinian terrorist groups try to kill Jewish Israelis, and to the United Nations, Jewish blood is cheap.

Much of this post was first seen at GodfatherPolitics