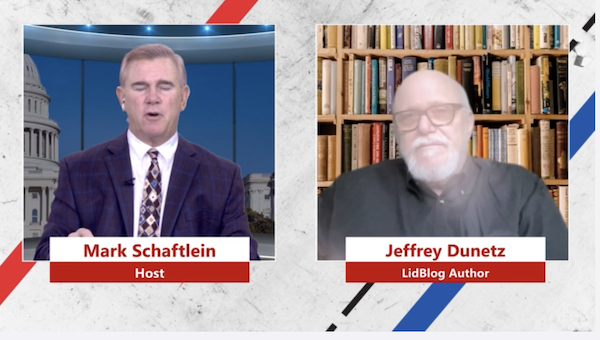 On Thurs, Jeff Dunetz, The Lid, did his usual Thursday guest gig on Mark Schaftlein on the Schaftlein Report. The Lid has the great honor to be Marks’s guest every Thursday, for those who don’t know.

We started the show by talking about Russia and Ukraine and took off from there.

The EU spends $927M a day on Russian oil and gas. Trump warned them not to do it. Europe is facing the same economic issue as this U.S.Higher energy costs in Europe led to 7.5% inflation.

Jobless claims come in at 166K, the lowest level since 1968. The left-wing economist was dead wrong on inflation. Not too transient, don’t you say, Skippy? The Democrats blame Putin and the Oil companies for the increases, but America isn’t buying their lies. They understand that the blame should be placed on the Dems and their crazy leftist policies.

Enjoy the Thursday episode below, and don’t miss any episode of the Shaftlein Report every M-Th.