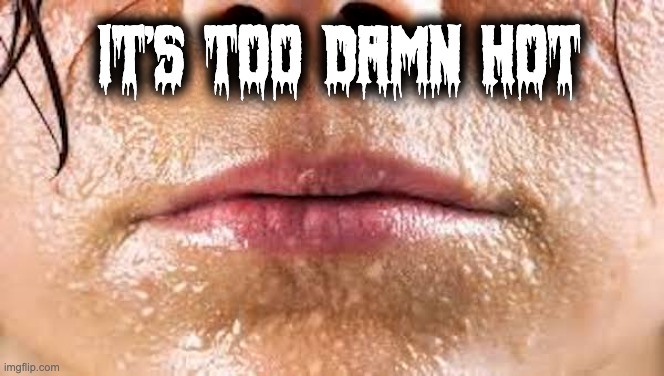 Skeptical consumers habitually ask, ‘what’s the catch?’ We’d all be better off if more consumers (and voters!) learned to ask that question more often.

When customers in Colorado signed up for their fancy new thermostats, they were interested in the features. You can save money by dropping your furnace or AC use when you’re out of the house and then connect over your phone to have it cozy when you come home from work or travel.

They should have asked, ‘what’s the catch? Because most didn’t even suspect there WAS one until the catch, they didn’t know about it hit them like a punch in the gut.

During the dog days of summer, it’s important to keep your home cool. But when thousands of Xcel customers in Colorado tried adjusting their thermostats Tuesday, they learned they had no control over the temperatures in their own homes.

Temperatures climbed into the 90s Tuesday, which is why Tony Talarico tried to crank up the air conditioning in his partner’s Arvada home.

That’s when he saw a message on the thermostat stating the temperature was locked due to an “energy emergency.”
“Normally, when we see a message like that, we’re able to override it,” Talarico said. “In this case, we weren’t. So, our thermostat was locked in at 78 or 79.” — ABC Denver

Why did 22,000 customers lose control of their own thermostats? Because they had agreed to a program that gave them a $100 initial credit and $25 annual credit to allow someone else to override their digital system.

Because of the strains on the power grid during a heat wave, thermostats were locked out at 78 degrees … despite some homes having their temperature climb to the high 80s.

There are two lessons to be learned from this example.

The immediate lesson is the ‘no free lunch rule.

If someone is willing to ‘give’ you something, it’s worth asking, ‘what’s in it for them?’ This can lead you to questions that will keep you from being blindsided by situations like this.

The broader lesson is that automation carries a potential loss of direct control. Anyone who has driven both stick-shift and automatic intuitively understands this dynamic.

Another way to explain it is the difference between driving a car and riding the bus. A car will take you wherever you need to go. A bus follows a path over which you have no control… and if the bus driver skips your stop, there’s not much you can do about it.

The more digital our lives become, the more automated, and therefore, the more our lives are (potentially) at the mercy of others.

This was a ‘voluntary’ program. What if it became mandatory as part of a plan to placate the secular gods of climate change?

What if the government decided you are the wrong kind of citizen, or maybe you drive more often than someone thinks you’re supposed to… and your electric vehicle gets a signal not to leave your driveway?

What if an American version of Jackboot Trudeau doesn’t like your politics and freezes all your digital banking?

Suddenly, the analog thermometer, the gas-powered engine, the flip phone, and the paper money could become throwback symbols of freedom.

How about we start making a habit of asking that question … ‘What’s the catch?’

Because if there’s one thing the left hates, it’s independent people it cannot control.