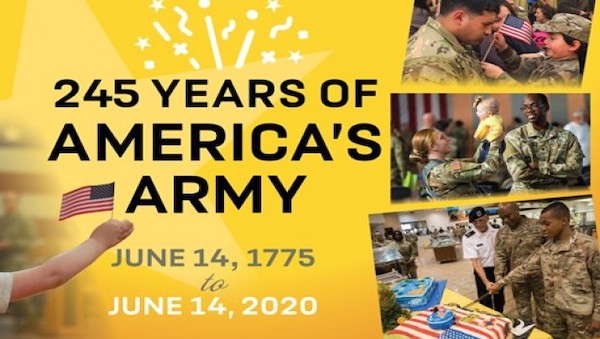 When the American Revolution broke out, the rebellious colonies did not possess an army in the modern sense. Instead, the revolutionaries fielded an amateur force of colonial troops, cobbled together from various New England militia companies. They had no unified chain of command, and although Artemas Ward of Massachusetts exercised authority by informal agreement, officers from other colonies were not obligated to obey his orders. The American volunteers were led, equipped, armed, paid for, and supported by the colonies from which they were raised.

In the spring of 1775, this “army” was about to confront British troops near Boston, Massachusetts. The revolutionaries had to re-organize their forces quickly if they were to stand a chance against Britain’s seasoned professionals. Recognizing the need to enlist the support of all of the American seaboard colonies, the Massachusetts Provincial Congress appealed to the Second Continental Congress in Philadelphia to assume authority for the New England army. Reportedly, at John Adams’ request, Congress voted to “adopt” the Boston troops on June 14, although there is no written record of this decision.

On that same day, Congress formed a committee “to bring in a draft of rules and regulations for the government of the Army.” They also voted $2,000,000 to support the forces around Boston and those in New York City.  The congressional delegates then prescribed an oath of enlistment that required the soldiers to swear:

“I have, this day, voluntarily enlisted myself, as a soldier, in the American continental army, for one year, unless sooner discharged: And I do bind myself to conform, in all instances, to such rules and regulations, as are, or shall be, established for the government of the said. Army.”

The next day, June 15th, Congress unanimously chose George Washington. Washington was active in the military planning committees of Congress and by late May had started wearing his old uniform.  Washington had another qualification, being from Virginia he was a southerner.  As the initial battles were in the north (Boston and NY), choosing a southerner would broaden the support for the Revolutionary War.

“The delegates of the United Colonies … reposing special trust and confidence in the patriotism, valor, conduct, and fidelity” of George Washington, issued its first commission by appointing him “General and Commander in chief of the Army of the United Colonies, and of all the forces now raised, or to be raised by them, and of all others who shall voluntarily offer their services, and join the Defense of American liberty, and for repelling every hostile invasion…”

Presidential Message on the 245th Birthday of the United States Army

On this day in 1775, the Second Continental Congress established the Continental Army to fight for our Nation’s independence.  In the 245 years since, the United States Army has helped defend our freedom all over the world and has made countless contributions to our Nation’s security and the American way of life.  Today, we recognize the United States Army for its many achievements and pay tribute to all those who have served in America’s oldest military branch.

This year marks the 75th anniversary of the conclusion of World War II—a monumental struggle between the forces of freedom and tyranny.  In both the European and Pacific Theaters, the United States Army was critical to the success of the Allied Forces.  The historic triumph came at a somber price, as the Army bore the brunt of the fighting—and human cost—of our Nation’s contribution to victory in the war.  As we celebrate the United States Army’s incredible accomplishments, we also pause to remember those Soldiers who laid down their lives to defend our freedom and protect their fellow Americans.

As our Nation continues to face the threat of the coronavirus pandemic, we acknowledge the important role the Army has played in the all-of-America response effort.  The United States Army, Army National Guard, and Army Reserve Soldiers helped mount a nationwide response to this crisis that truly embodies their motto of “This We’ll Defend.”  In New York, the United States Army Corps of Engineers created and converted alternate care facilities, providing extra space for thousands of patients.  In Washington State, Army healthcare professionals deployed to provide medical support against the emergent virus.  And, in Maryland, researchers with the United States Army Medical Research and Development Command have worked tirelessly to develop coronavirus countermeasures.  From coast to coast, the incredible support of our Soldiers reminds us that no fighting force rivals that of the United States of America.

This year, we celebrate our brave Soldiers—active, guard, and reserve, past and present—who are willing to put themselves in harm’s way and make the ultimate sacrifice for our country during times of both war and peace.  As Commander in Chief, I join a grateful Nation in wishing the United States Army a happy 245th birthday.

Thank you for 245 years of protecting America!!!