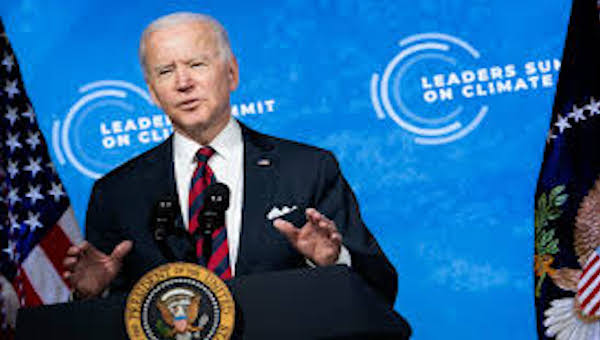 Consider President Joe Biden, who, when asked hours after the midterm elections what he could do differently to raise his low approval numbers, replied, “Nothing.”

As we hit the two-year mark of Biden’s term, there are reasons for skepticism about his preposterous strategy; the most obvious is the surging hard Left.

The cultural Left runs the national Democrat Party and the White House. This venomous cabal holds views on immigration, policing, free speech, schools, race, and gender utterly antithetical to the median voter. They are an electoral liability.

The few remaining sane Democrats attempt to dissociate themselves from unpopular ideas such as defunding the police. Yet, hard Left voices are amplified daily by MSNBC and NPR and within cosmopolitan non-profits.

A weak Biden will bend to the will of radicals and do nothing about this problem.
f
For example, his administration prefers talking about gun control instead of jailing criminals. They characterize the backlash against woke curricula in schools as “hateful” bigotry. And when the southern border debacle that began when Biden took office finally elicited a response, even that tepid move provoked outrage from the open borders community.
d
Remember, despite lies from Mollie Hemingway and Laura Ingraham, the GOP “base” did turn out last fall.
c
Republicans won the overall popular vote by three points; Democrats lost non-college voters by 13 points; Hispanic support dropped 11 points, and black support declined a whopping 14 points.
c

There is no demand for leftism or Democrats’ policies. There also is no great demand for Tucker Carlson’s populism. Facts show without Donald Trump’s handpicked losers, the GOP would easily control the U.S. Senate.

Before the midterms, voters expressed consternation that Democrats had little interest in crime, rampant homelessness, and the southern border fiasco.

Democrats hold double-digit disadvantages on immigration, reducing crime and the economy, and valuing hard work and patriotism. Their environmental lunacy also is anathema to most voters.

This is why Republicans crushed Democrats on crime in 2022, using the issue to flip several congressional seats in deep blue New York. Had Democrats held onto those, they probably keep the U.S. House. But the radical Left thinks crime is about “right-wing racism” rather than a life and death concern of voters.

In crime-ridden Washington, D.C., the insular city council — all Democrats — recently passed an illogical law over their left-wing mayor’s veto, dramatically reducing punishments for violent crimes, including murder, despite firearm deaths among black men hitting their highest in a generation.

Democrats and Biden still have the Trump card. Realizing he can only beat Trump, Joe would never run in ’24 if Donald did not. His party believes linking Republicans with unpopular MAGA antics will eradicate their cultural problems.

Even though Trump is in the 2024 field, outside of a few performative hours on Fox News, unlistenable podcasts, and unreadable websites, his influence has been vitiated. Democrats’ ability to deride Republicans by focusing on Trump also has been undermined by classified documents recently found in Biden’s Delaware garage.

Meanwhile, Democrats’ programs are failing. While affluent white progressives near cities ignore that wages have decreased for most workers in recent years, Democrats cannot ignore how unpopular their aberrant socio-cultural stances are with most Americans. Many believe politics is often downstream of culture rather than vice versa; regardless, they are undeniably connected, and voters assess with whose philosophy they can identify.

Democrats should cease their haughty rhetoric about working-class Americans and take their concerns seriously. Tell them their views on cultural issues will not be dismissed as benighted. That’s unlikely when left-wing resistance to humility is strong. Democrats are a shrinking party that prefers elitist lifestyles in places where dissent doesn’t exist.

Eventually, Democrats, like Republicans in 2018 and 2020, must choose between winning elections or divisive culture wars. The Trump GOP chose the latter, and it backfired. Will the Democrats choose the insufferable Alexandria Ocasio-Cortez path and lose power?