How Can We Have Two Systems of Justice in This Country?

Justice, Justice Shall You Pursue 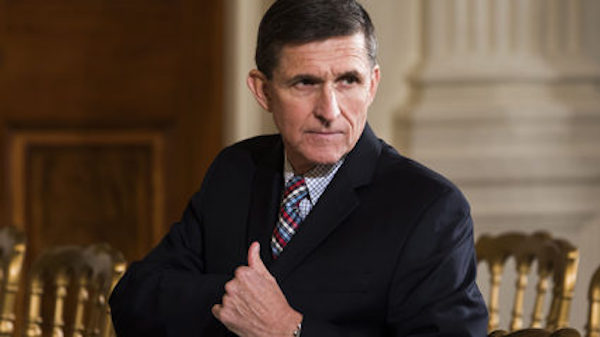 There should not be two standards of justice in this nation—a slap on the wrist for the politically correct who do wrong, while Gen. Michael Flynn’s whole life has been upended for allegedly lying to the FBI.

Flynn has lost his house, livelihood, and reputation. Meanwhile, in contrast, there is a high ranking FBI attorney who allegedly doctored an email to obtain a FISA (Foreign Intelligence Surveillance Act) warrant for raw political sabotage, who has yet to be punished.

Of course, this whole mess began with a dossier written by former British spy Christopher Steele. He alleged that the Trump campaign secretly received help from Russia so that Trump might become president. All of this has been investigated ad nauseam and found to be false.

Writing over the weekend an op-ed in the Wall Street Journal (April 11-12, 2020), Sen. Ron Johnson, (R) Wisconsin, noted: “The Steele dossier already ranks as one of the dirtiest political tricks of all time.” The falsified Steele dossier became the pretext by which some FBI officials appear to have obtained FISA warrants.

How can this nation continue to have two standards of law and order? Two standards of judgment? Punishment of conservatives for alleged wrong-doing versus wrist-slapping of liberals for woeful violations of the law.

Consider the morality of this and then the legality.

High-ranking FBI officials allegedly lied to try to prevent a political opponent from winning the presidency. Then when he did win, they lied to derail his presidency.

Dr. Frank Wright, the president of D. James Kennedy Ministries, points out, “Lying has become so endemic in our time that many times when some politicians speak, it’s a given that some of what they say is not necessarily the truth—but rather it’s so-called spin. However, we’ve learned recently that there is serious deception among key government leaders—even in the FBI.”

Veteran journalist and author Robert Knight said to me in an interview for Christian television: “When I was growing up the FBI were the heroes….and now the FBI has grown into this enormous organization whose powers are far-reaching, and whose powers could be abused if political partisans get a hold of it, which apparently is exactly what has happened.”

The Department of Justice is slowly examining some of the alleged crimes of bad actors, particularly in the FBI, but as of this writing, no concrete charges have been filed. The wheels of justice seem to be grinding awfully slow—and at least so far, in an unfair way—tilted to the ruling class.

Knight added, “I don’t recall any time in American history where the FBI was used as a blunt political instrument. There’s a pattern of corruption here that’s far and deep. And Americans are wondering if anybody’s ever going to be punished for it.” Bob said these words in the summer of 2018. To my knowledge, no one involved on the left has yet been punished.

Jarrett Stepman of the Heritage Foundation comments: “It’s the idea that some men put themselves above the laws, and I think that’s what a lot of people see. Especially what happened with the FBI. Some agents thinking they had a right to try to overturn, essentially, the election by the American people.”

In an interview for Christian television on the Judeo-Christian roots of America, Dr. Daniel Dreisbach of American University outlined some of the ways the Bible influenced the U. S. Constitution. He told me, “Take, for example, something as simple as Article One, Section Eight, which authorizes Congress to ‘fix the standard of weights and measures.'”

Dreisbach continued, “Perhaps the greatest of the English Common Law Jurisprudence was a man by the name of Sir Edward Coke. He wrote a commentary on the Magna Charta. There’s a paragraph in Magna Charta, speaking to the necessity to fix standard weights and measures. In his commentary, Sir Edward Coke, writing in the seventeenth century, said, ‘This is an idea rooted in the Word of God.'” Indeed, we can read about this in the book of Proverbs.

The idea of standard weights and measures implies that you would do the honest thing for all your customers. God is a God of justice, and He hates dishonest dealings—one standard for one person, but a different standard for someone else.

This country cannot have two standards of justice—one for the politically correct ruling class and another for the rest of us “deplorables.” It’s unconstitutional. And more importantly, it’s unbiblical.

One of my favorite parts of the Torah is:

Judges and officers shall you appoint in all your gates, which the Lord your God gives you, throughout your tribes; and they shall judge the people with just judgment. You shall not pervert judgment; you shall not respect persons, nor take a bribe; for a bribe blinds the eyes of the wise, and perverts the words of the righteous. Justice, justice shall you pursue, that you may live, and inherit the land which the Lord your God gives you. (Deut. 16:18-20)

One interpretation of this section is regardless of social standing or political opinion, any person should have access to a fair legal system.  When one looks at the FISA abuse of General Flynn, the FBI and the handling of “Russiagate,” it is clear that, at least, in that case, America did not have a fair legal system.