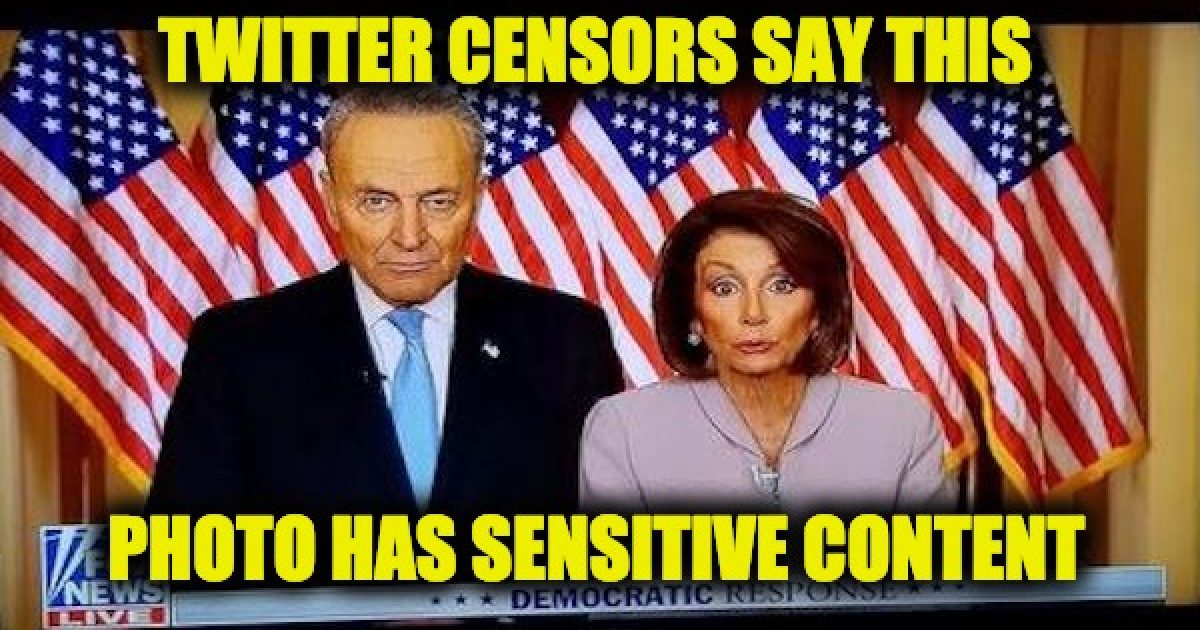 Included in that post is a photo of the two top Democrats posted to Twitter.  But something happened to that photo that defies description.  It seems that the liberal; speech minders at Twitter determined that the photo contained what it thinks is “sensitive content” and hid the photo, requiring readers to click a button to show the picture.

Here’s a screenshot of what we saw on the post: 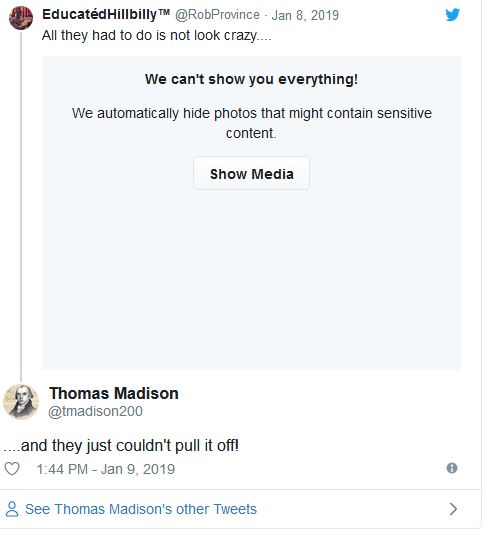 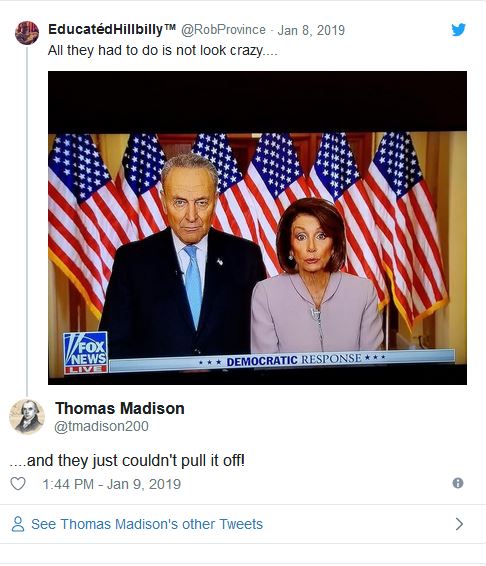 Frankly, we’re at a loss to explain what makes this “sensitive.”  Perhaps it’s because the photo isn’t very flattering to the two Democrats leading the charge to make America less safe from those entering the country illegally.

Oddly enough, we were able to see the full tweet on Twitter but found the photo hidden when we embedded it–see:

….and they just couldn't pull it off!

Other bloggers tell us, however, that the picture was hidden when they went to Twitter.  Keep in mind as you read this that your experience may differ, and it’s entirely possible that the censors at Twitter may very well remove the flag causing the photo to be hidden once word starts to spread.

But honestly, I would never purchase stock in Twitter the way they waste money censoring pictures on a whim.