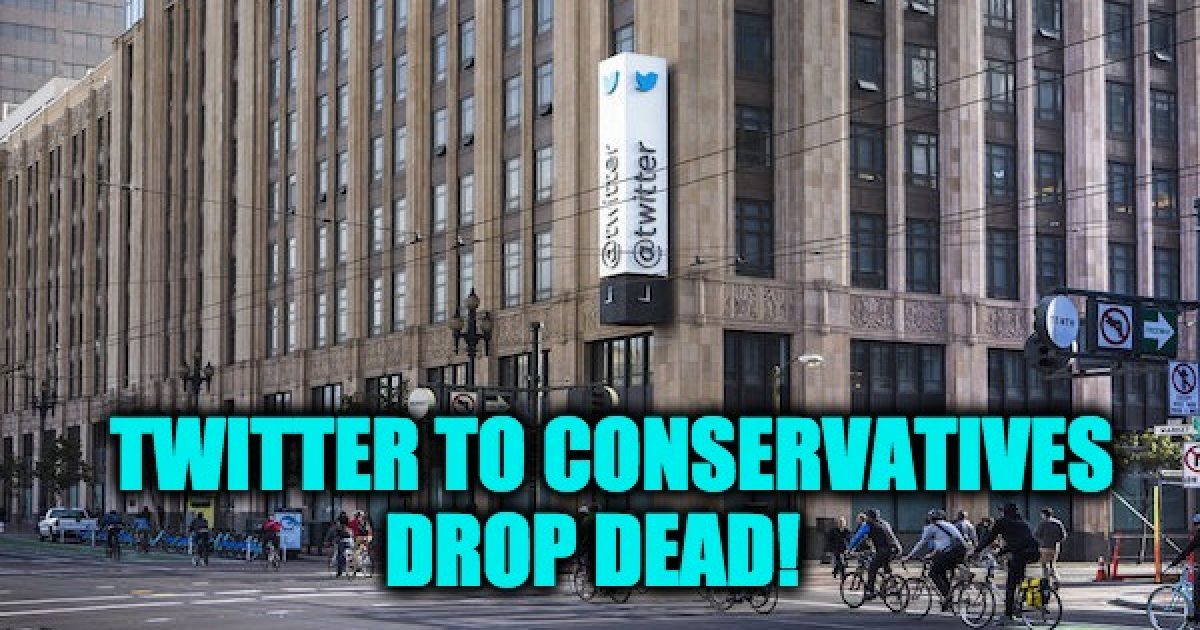 Just last week Twitter got caught shadow banning prominent Republicans including party chair Ronna McDaniel, according to an article published by Vice News. Rather than showing contrition, Twitter has decided to double down publicly displaying their hatred of Republicans and conservatives. In other words, they are telling them to Drop Dead!

As reported by Fox News, at least four of the six members of the new Twitter team has a history of being anti-Trump.

Trump quintupled down on his commitment to white nationalists. They’re just about all he’s got left. Bannon ain’t goin nowhere. https://t.co/qkg7mKx7vw

This is the Trump Team. Every last one of them. From top to bottom. https://t.co/TBQyriUNYM

Why Donald Trump when you can Trump Donald? pic.twitter.com/ELweBl5oL5 https://t.co/4fggKBIBr1 #TrumpDonald

01/20/2017 – the day reasonable americans will flea to nearly any country that will take them if trump wins. #RNCinCLE

Her colleague at Syracuse U, and fellow team member Professor Jenny Stromer-Galley

Trump’s proposed budget includes cutting Corporation for Public Broadcasting — the best source for news out there. Of course. #smallhands

Trump looks cruelty in the face and demands more of it. Time’s cover captures that well. https://t.co/E3VJWudELd. The executive order is not a solution. Constant vigilance is still needed.

Another researcher involved in the project, Dr. Nava Tintarev of Delft University of Technology in Holland, has blocked her tweets but Fox was able to get to them:

“Trump” and “care” don’t really work in the same sentence do they? Keeping you in my thought today ‘merica. Maybe Senate will block it.

There is your proof folks, not only does Twitter hate conservatives, but with this team, Twitter is saying it loud, proud, and publicly so we all know it, DROP DEAD Conservatives.

There your proof folks, not only does Twitter hate conservatives, but with this team, Twitter is saying it loud, proud, and publicly so we all know it, DROP DEAD Conservatives.

Thereyour proof folks, not only does Twitter hate conservatives, but with this team, Twitter is saying it loud, proud, and publicly so we all know it, DROP DEAD Conservatives.