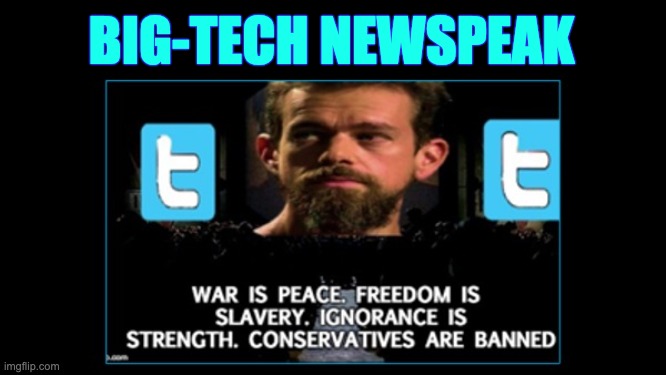 Social media has had a love-hate relationship with the right. They loved the revenue and traffic our sites and brought them, but they hate the very ground we stand on, especially President Trump.  They are now hinting they will kick the President off the platform if Joe Biden is sworn in as President.  Twitter ban President Trump

Democrats thought they had a lock on social media when they leveraged Facebook’s data-mining tools to get the vote out for Obama. You can only imagine their horror when they saw Trump turn the tables on them in 2016.

They were blindsided when the right broke new ground as great innovators and pioneers with our use of Social Media to bypass media gatekeepers of information.

Immediately, Democrats like David Brock at Media Matters developed a detailed strategy to use social media monopolies to crush their opposition on the right, including the practice of bogus fact-checkers as a justification to shut down right-of-center voices. They put it all in writing, too: MEDIA MATTERS WAR PLAN 2017 — Description: David Brock’s 49-page war manual for defeating the American right.

Now that the Tech Tyrants have the critical mass they need to capture and control the digital public square and silence voices saying things they don’t want us to hear — including silencing America’s oldest newspaper exposing a scandal involving pay-for-play corruption in the immediate family of a Presidential candidate only weeks before the election — they want to entirely shut out those troublesome right-of-center voices whose controversy and platforms helped them achieve their monopolies in the first place.

They are literally counting down the hours until they can justify making his Twitter account go dark.

According to Twitter’s “principles & approach” to world leaders, “if a Tweet from a world leader does violate the Twitter Rules but there is a clear public interest value to keeping the Tweet on the service, we may place it behind a notice that provides context about the violation and allows people to click through should they wish to see the content.”

Trump will lose that stipulation at noon on Jan. 20, a Twitter spokesperson told Forbes last Thursday on condition of anonymity, also saying the company does not have “special rules” for dealing with Trump.

Despite Trump’s status as the president of the United States, Twitter has been cracking down on many of his tweets since Election Day that have questioned the integrity of the election results, either hiding them or flagging them and linking to articles that assert the results are trustworthy. In the two days following the election, Twitter labeled 50% of his tweets, according to Forbes. –

The Twitter spokesman also told Forbes that, “Trump could face increasingly severe punishment if he continues to break Twitter rules until he is banned from the platform entirely, though it would take multiple infractions for that to happen.”  That spokesman left out the part about Twitter judging tweets from conservatives as infractions more readily than tweets from liberals.

Forget those court-mandated audits of Michigan voting machines. Anything Trump has to say about election malfeasance undermines the credibility of Silicon Valley’s preferred candidate, the one who’s sorry carcass they all worked so damned hard to drag across the finish line… a service for which Biden’s team will gladly reward their insiders with various plum political posts.

Just last week, the President previewed what he called his most important speech ever on Twitter. Twitter added its own comment saying that Trump’s claims are disputed. Hey Jack–DUH! If they weren’t in dispute, the campaign wouldn’t have to sue. Your only reason to add the tag at the bottom of the tweet was to disparage the President.

Statement by Donald J. Trump, The President of the United States

It’s a revolving-door system that has worked so well for legacy media that Silicon Valley decided to get in on the action.

If you wondered why Trump feels so strongly that Big Tech needs their special protections from legal action stripped away, it’s because this is exactly how they have been abusing their monopoly powers to blind us to any news that could hurt their preferred political outcomes.

Twitter doesn’t really get it.  Their lack of fairness motivated the creation of and moved people over to Parler.  President Trump has almost 89 Million Twitter followers. Many of them are on Twitter and Parler.  If Twitter decides to kick President Trump off their platform, most of those followers, whether they are already on Parler or not, will say goodbye to Twitter and use Parler exclusively—a move that will hurt Twitter ad revenue and stock price.