Twisting The Holocaust To Fit A Narrative 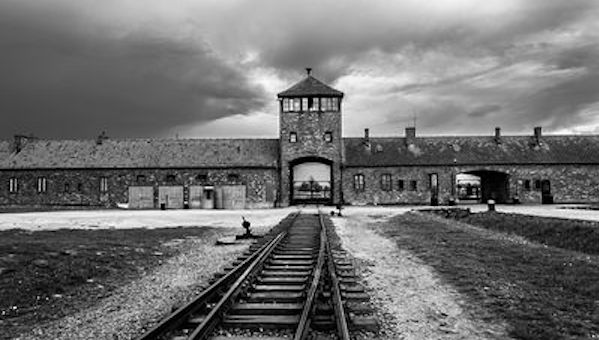 Facebook Twitter Flipboard
twisting the holocaust
With the approach of Holocaust Memorial Day (Yom HaShoah) comes yet another wave of attempts to distort the Holocaust in order to advance various political or social agendas.
The Coronavirus pandemic tensions have become a breeding ground for wildly inappropriate Holocaust-related analogies. U.S. Congresswoman Marjorie Taylor Greene (R-Georgia) has taken to calling advocates of Covid-19 immunizations “vaccine Nazis.” Her colleague Lauren Bobert (R-Colorado) has denounced vaccine supporters as “needle Nazis.”
Some protesters against Covid-related restrictions have been wearing yellow stars of David intended to resemble those that the Nazis forced Jews to wear. Top-rated Fox television host Tucker Carlson has compared the vaccine to Nazi medical experiments.
Although many of these offensive and inaccurate analogies emanate from one side of the political spectrum, they are by no means exclusive to that camp. On the left, Robert F. Kennedy, Jr. recently claimed that public health measures to combat Covid are even more onerous than what the victims of the Nazis endured. “Even in Hitler’s Germany, you could cross the Alps into Switzerland,” he said. “You could hide in an attic like Anne Frank did.” Kennedy later apologized, but the damage—in terms of his impact on the public—was already done.
A different kind of Holocaust distortion will soon be coming to America’s television screens, courtesy of noted filmmaker Ken Burns. He says his forthcoming documentary is intended to “dispel the myth” that during the Holocaust, “Americans looked on with callous indifference.”
When Burns tackled this subject previously, it was apparent that his lens was distorted by a narrow partisan perspective. His 2014 PBS series, “The Roosevelts: An Intimate History,” dealt in part with President Franklin D. Roosevelt’s response to the Holocaust. It badly misrepresented the historical record.
Burns blamed America’s harsh immigration restrictions on Congress and public opinion, failing to note that FDR suppressed immigration far below what the law allowed (in most years from 1933-to 1945, the quota for immigrants from Germany was less than 25% filled). Burns also falsely credited Roosevelt with creating and funding the War Refugee Board when FDR actually tried to prevent its creation and gave it only token funding (90% of its budget was provided by American Jewish organizations).
Burns’s 2014 film did not mention any of FDR’s fifteen hostile statements about Jews, which historians have amply documented. Ironically, the scriptwriter for that film was Geoffrey C. Ward, a Roosevelt biographer who was one of the first to document the president’s anti-Jewish “humor.” In his 1989 book, Ward revealed that on multiple occasions, Roosevelt told “mildly anti-Semitic stories in the White House,” in which “the protagonists were always Lower East Side Jews with heavy accents…” Ward also documented additional examples of FDR’s “jokes” about Jews. Yet he omitted them from the 2014 film.
Subsequently, other historians revealed remarks by Roosevelt in which he spoke disdainfully of “Jewish blood”; asserted that antisemitism in Poland was caused by the practices of Jewish businessmen; advocated quotas to restrict the admission of Jews to Harvard; and said (in 1943!) that antisemitism in Nazi Germany was “understandable” because there had been too many Jews in various German professions.
It will be interesting to see if any of Roosevelt’s statements about Jews make it into Burns’ forthcoming documentary because, according to the advance publicity, Geoffrey Ward has written the script for that one, too. A director with a partisan agenda and a scriptwriter who has withheld evidence that he himself uncovered—that’s quite a combination.
Meanwhile, another type of distortion is rearing its ugly head, this in time in connection with the Russian invasion of Ukraine. Whether Russia’s slaughter of civilians in Ukraine will reach the level of genocide remains to be determined. Still, there is no doubt that widespread atrocities have occurred—no doubt, that is, except among a handful of extremists with loud megaphones in the American media.
Widely-published leftwing journalist Glenn Greenwald recently charged that “Twitter experts eager to start WW3 [are] emotionally demanding that the US go to war with Russia due to horrifying yet context-and-evidence-free photos and videos posted by Ukrainian officials.”
Greenwald’s claim echoes a recent assertion by a prominent voice at the other end of the political spectrum, Fox’s Greg Gutfeld, the most-watched host in late-night television. He claimed that news stories showing the suffering of Ukrainian civilians “have sped up and are accumulating to create a narrative — and they only go in one direction…an image is taken and then played over and over and over again to create some kind of emotional response out of you.” According to Gutfeld, that “narrative” may be “leading” America toward “World War III.”
Isolationists, whether from the far left or far right, are understandably jittery about a world war. We all are. But to allege that the news reports of Russian atrocities are part of a conspiracy by the media to drag America into the Ukraine war is outrageous. And it’s eerily reminiscent of isolationists’ accusations in the 1930s that Jews were exaggerating Nazi atrocities in order to drag America into a war with Germany.
Holocaust Memorial Day should be an occasion for remembering the Holocaust and the lessons to be learned from it. Instead, sadly, we find our attention diverted by those who are exploiting or distorting that history—or even doubting atrocities that are taking place right now—in order to advance narrow partisan agendas.
Dr. Medoff is the founding director of The David S. Wyman Institute for Holocaust Studies and the author of more than 20 books about Jewish history and the Holocaust. His most recent book, America and the Holocaust: A Documentary History, was published by the Jewish Publication Society of America / University of Nebraska Press. And available on Amazon(as are his other books).
twisting the holocaust, twisting the holocaust, twisting the holocaust
Facebook Twitter Flipboard